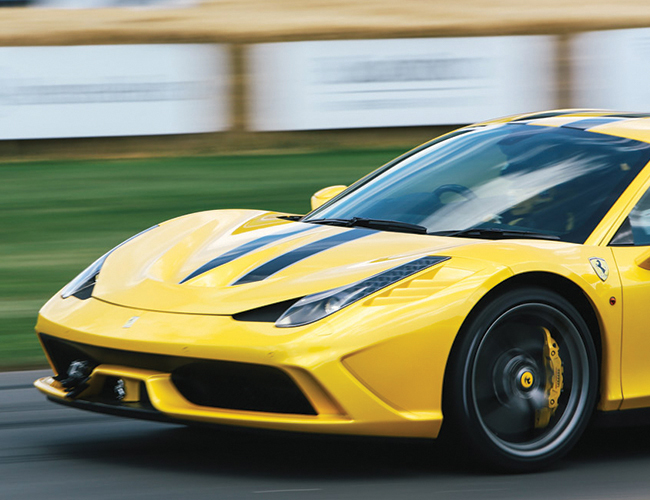 Listed below are 10 cars show. 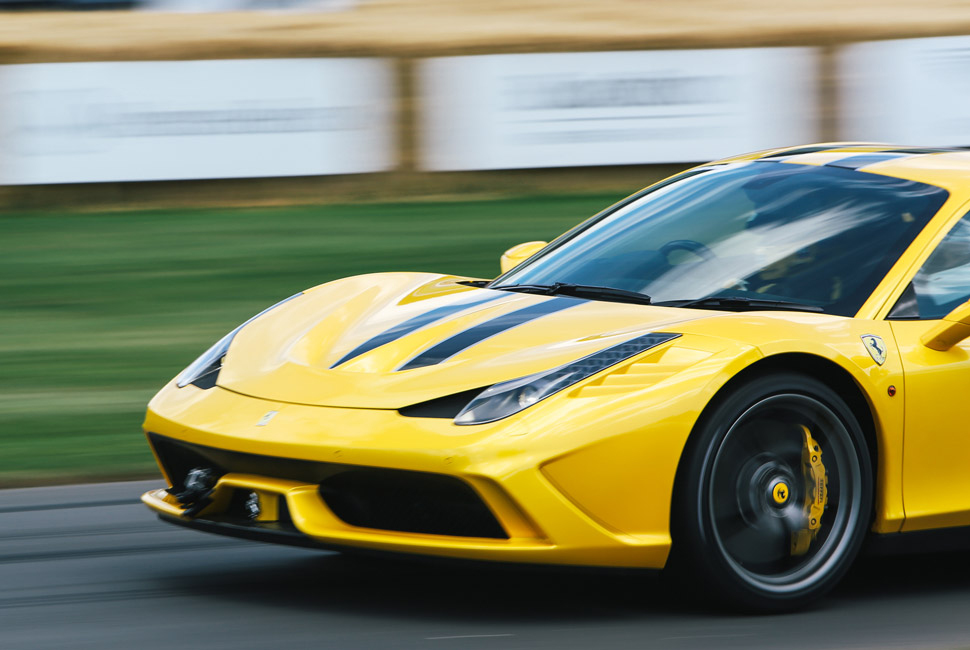 The Goodwood Festival of Speed takes place on the lawn of a British aristocrat named Lord March. At Goodwood you’ll see absolutely everything: classic cars, brand new cars, race cars, priceless icons and motorcycles. The best part? You get to see most of them actually racing around the track that meanders through the property. 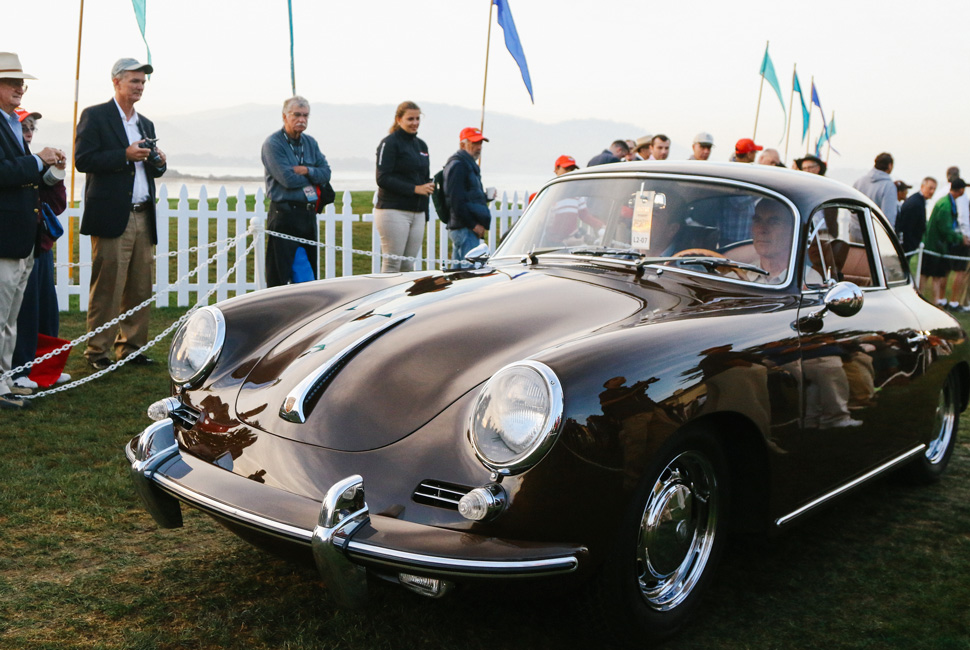 Like Goodwood, there’s a lot to see at Pebble Beach. At the center of it all, there’s the Concours d’Élégance, the place where you’ll find the finest vintage machines (mostly prewar), but the rest of the week is filled with high-dollar auctions and lavish get-togethers. 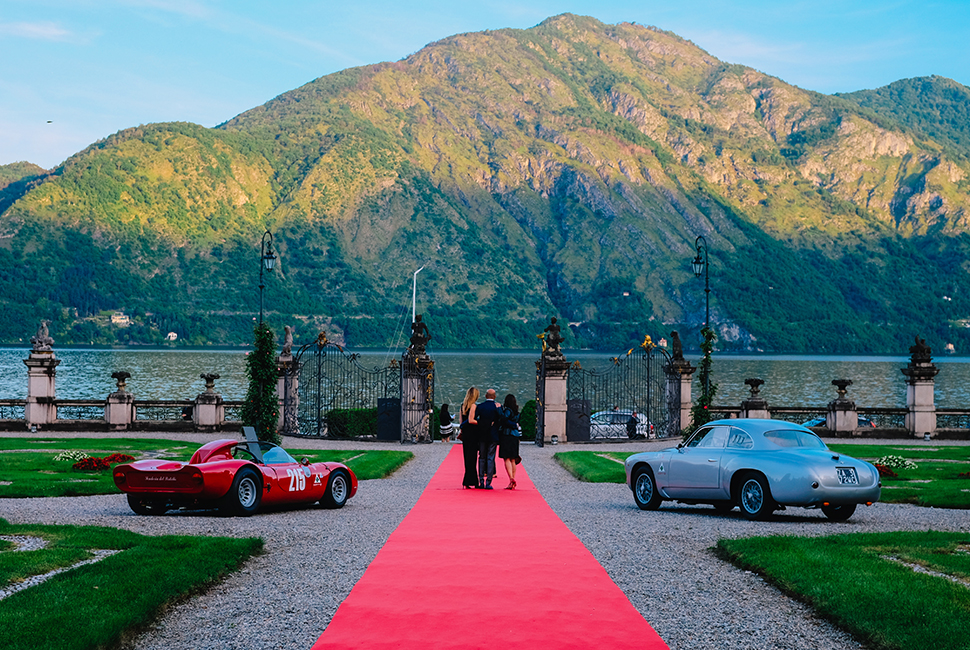 Think of the show at Villa d’Este as a more intimate and even more exclusive version of the already opulent Pebble Beach Concours d’Élégance. It’s a chance for spectators to see rare and historic cars and motorcycles, but it’s also an opportunity for some manufacturers to show off their wildest concepts. And with the beauty of Lake Como as a backdrop, there are few places better to ogle the best-looking cars in the world. 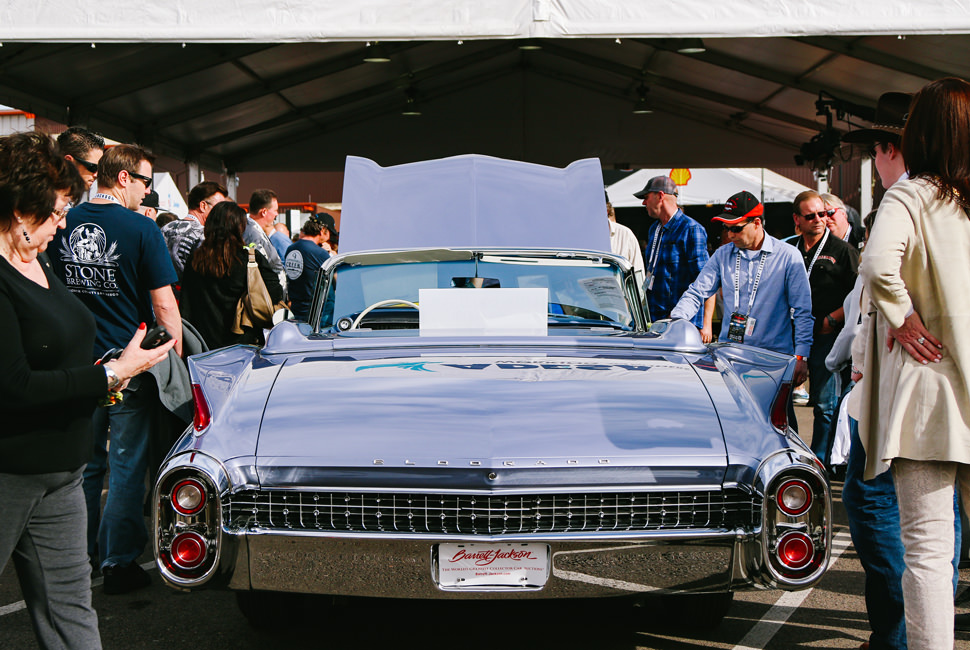 The best way to describe Barrett-Jackson’s Scottsdale auction: Pebble Beach meets a county fair. While million-dollar exotics are in the spotlight, Barrett-Jackson’s weeklong auction hosts around 1,500 cars. If you’re looking to buy a reasonably priced classic you will very likely score a solid deal, all while perusing auto-themed knick-knacks, chatting with like-minded enthusiasts and noshing on corndogs. 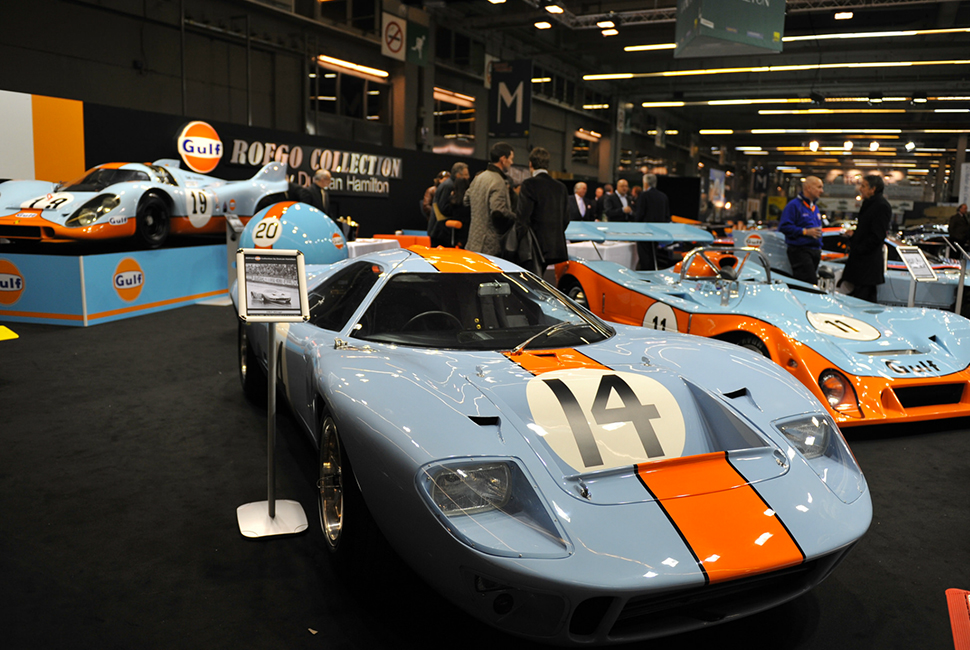 For over 40 years, Salon Rétromobile has been France’s premier classic car event. Recent runnings of the show have hosted nearly 500 rare, beautiful and downright strange classic cars. It’s also a place to buy vintage metal at auction and scour for automotive memorabilia and parts, while meeting with various car clubs — all with a Parisian backdrop. 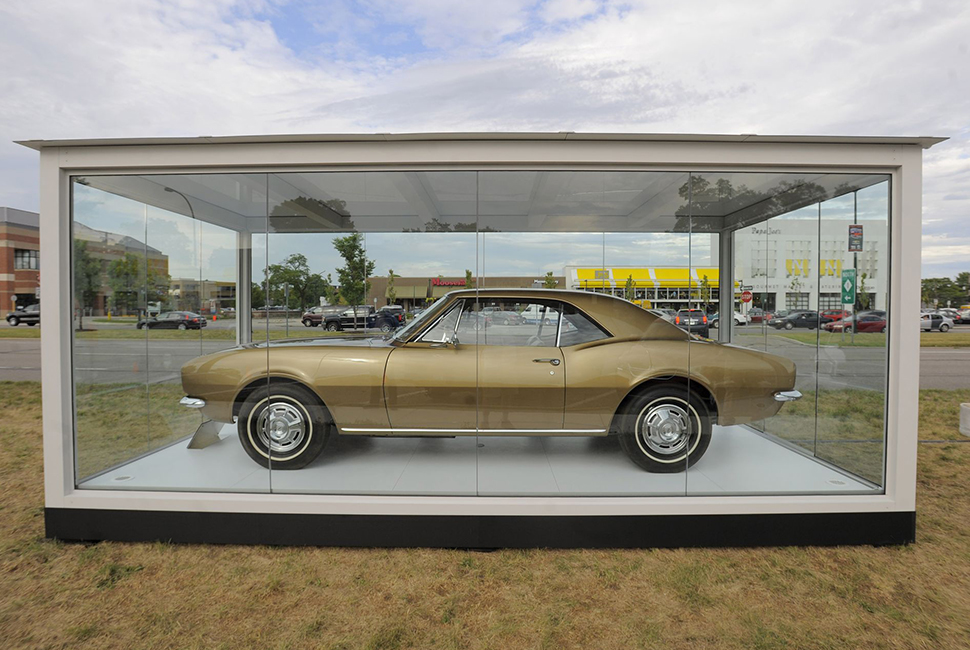 Woodward Avenue in Detroit once played home to unsanctioned street racing; it’s now become the focal point of the Woodward Dream Cruise, the largest one-day gathering of cars in the world. Around 40,000 classics and 1.5 million people attend each year, and many local manufacturers use it as an opportunity to show off cars old and new. 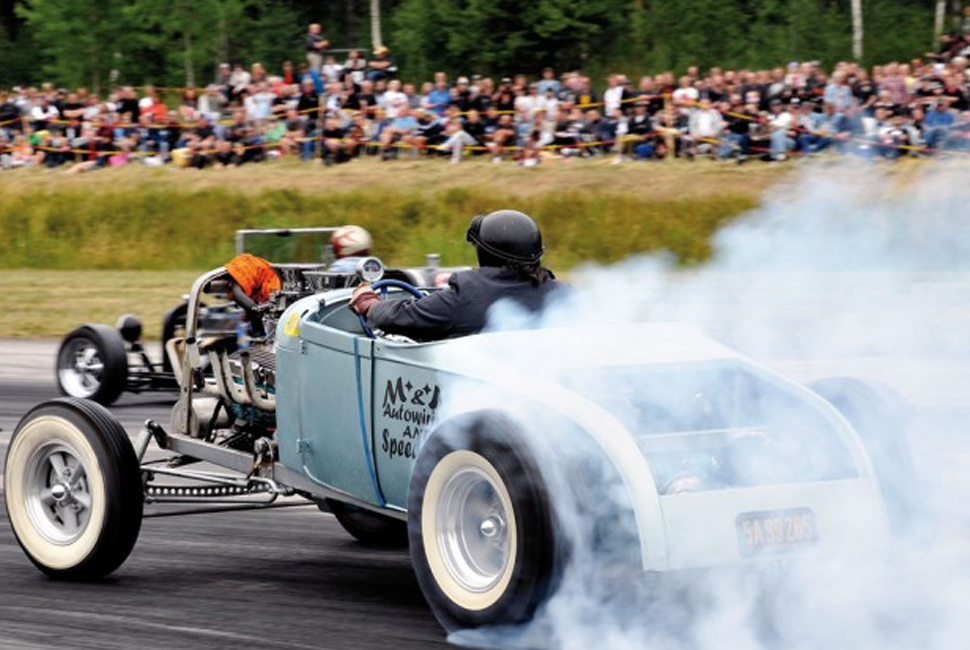 Detroit isn’t the only place to see vintage American muscle. It just so happens that the country that gave us Ikea and Volvo also happens to have a thing for classic American iron. Västerås, Sweden hosts the Big Power Meet, a gathering of around 20,000 classic American cars. The event is inspired and attended by the Swedish “Raggare” subculture, a group fascinated with all things Greaser and Americana. 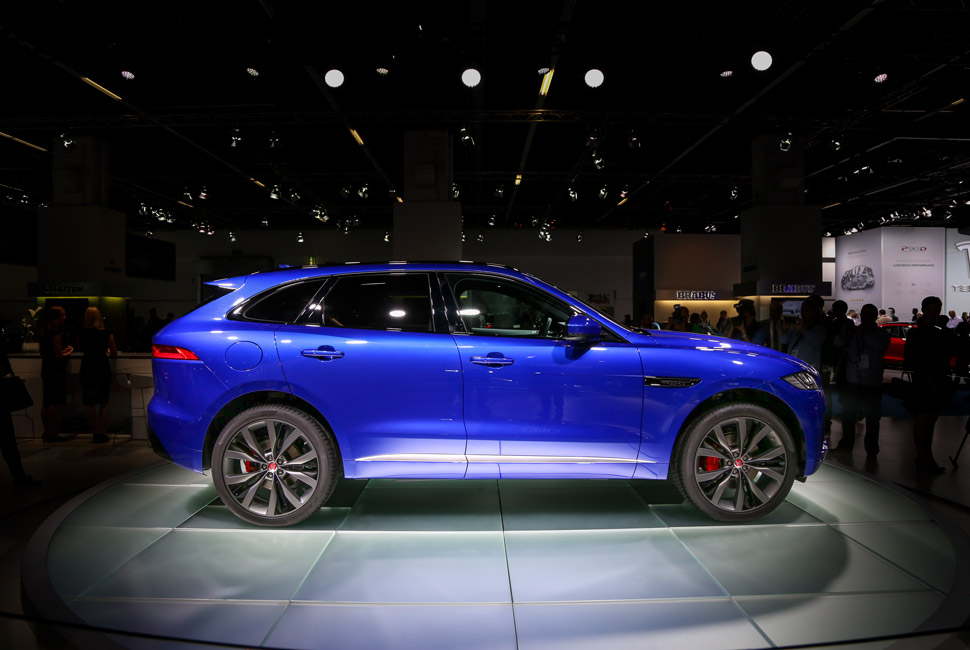 Frankfurt is quite simply an absolutely massive undertaking. Manufacturers go all out, putting up intricate and wild displays with attractions that take months to build. Some even have entire buildings to themselves. But ultimately, if you want to see every new car imaginable on the market, you’ll find them here. 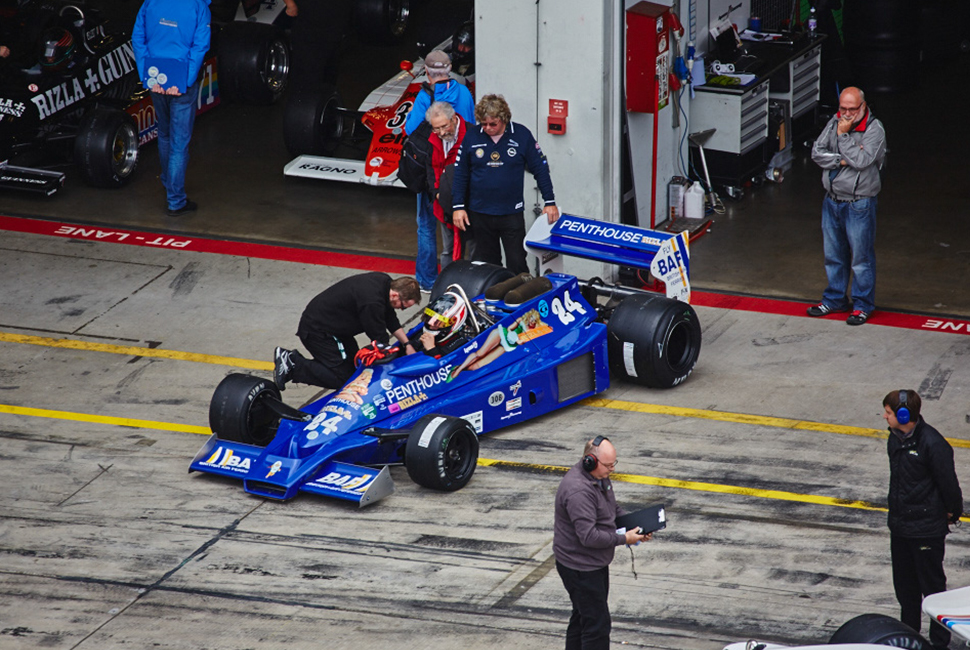 For one glorious weekend every year, the world’s greatest race track — the Nürburgring — is flodded with hundreds of vintage sports cars and race cars. Not only will you be able to see various classics duke it out around the Green Hell, but you’ll also get to see hundreds of cars on display, up close. 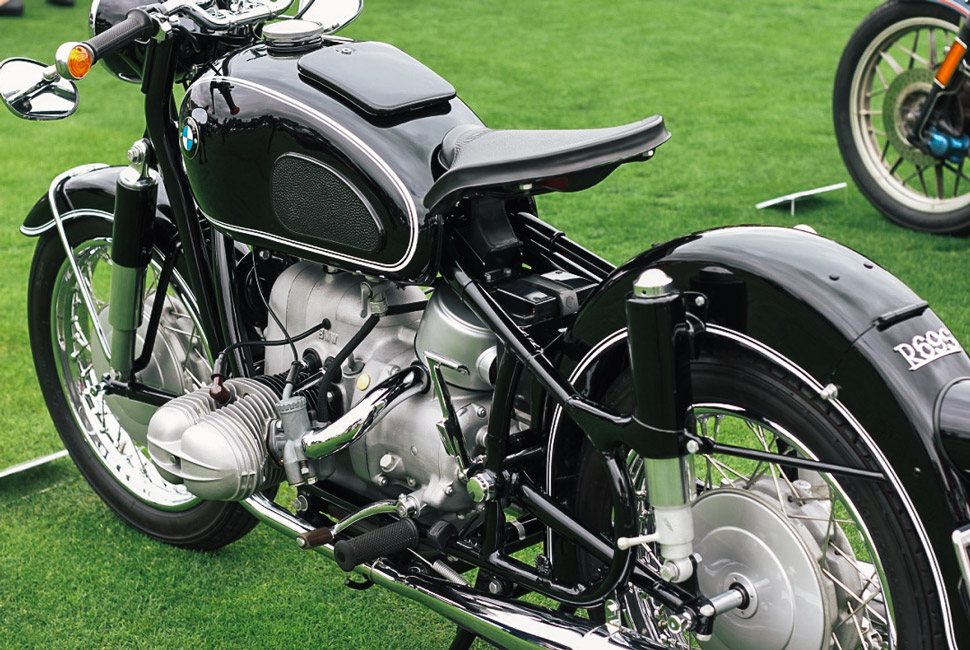 Clearly, there is no shortage of great concourse events for cars, but if your tastes tend to lean toward two-wheelers, the Quail is one of the few options for spectators to see a truly jaw-dropping collection of vintage bikes. It’s also the best. Hundreds of motorcycles of all types and eras come together for one incredible event.