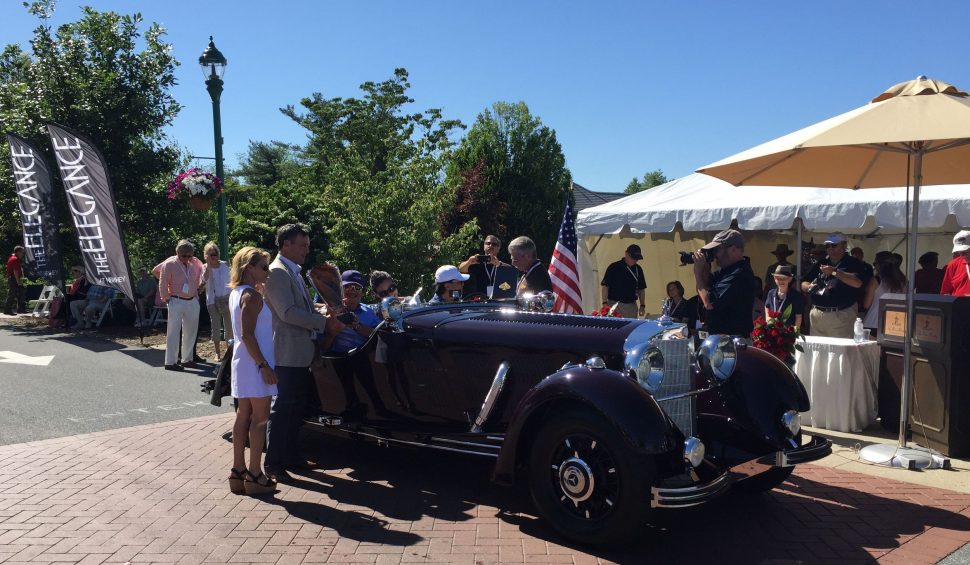 Introduced at the 1934 Berlin Motor Show, the Mercedes-Benz 500K was intended to be the ultimate in grand touring automobiles. Today, eight-plus decades later, the sought-after cars still cut a commanding presence at auctions and concours d’elegance events, and last Sunday, a unique 1934 Mercedes-Benz 500K roadster owned by the Miyabi Collection of Honolulu, Hawaii, captured the Governor’s Cup (equivalent to Best in Show) at the 2016 The Elegance at Hershey.

1934 Mercedes-Benz 500K roadster, the Governor’s Cup winner at the 2016 The Elegance at Hershey. Photos by Christian Sellman, courtesy The Elegance, unless otherwise noted. 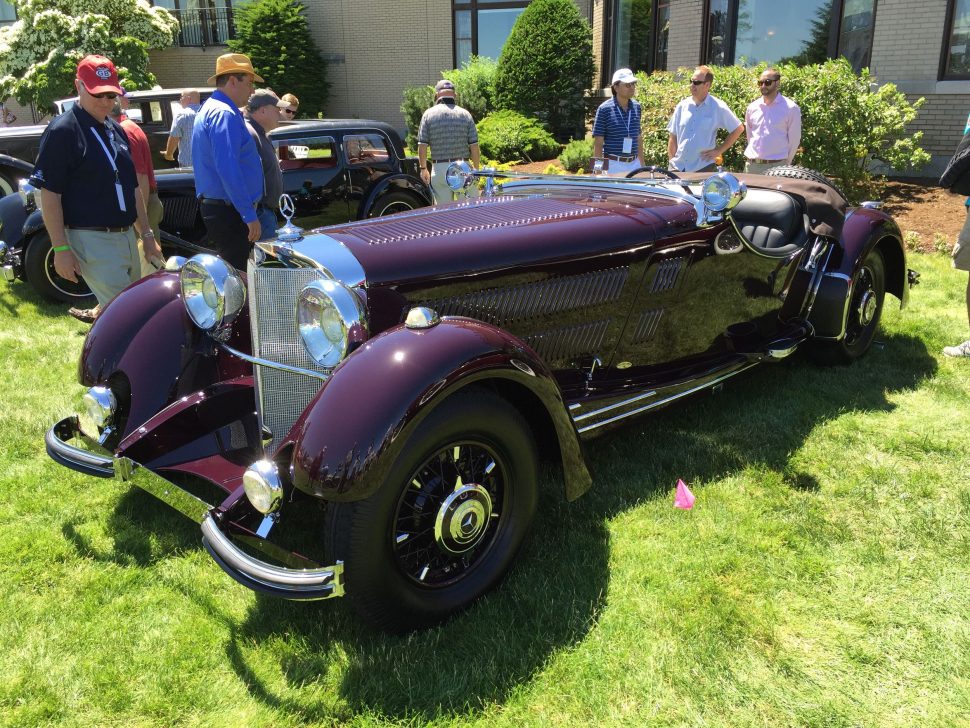 Designed to replace the short-lived Mercedes-Benz 380, the 500K carried forward the earlier model’s four-wheel independent suspension, which used double wishbones up front and a swing axle rear, with coil springs in all four corners. The big change came under the hood, with the introduction of an all-new supercharged overhead-valve inline eight-cylinder engine, rated at 160 horsepower, which proved capable of delivering a top speed of 102 MPH. 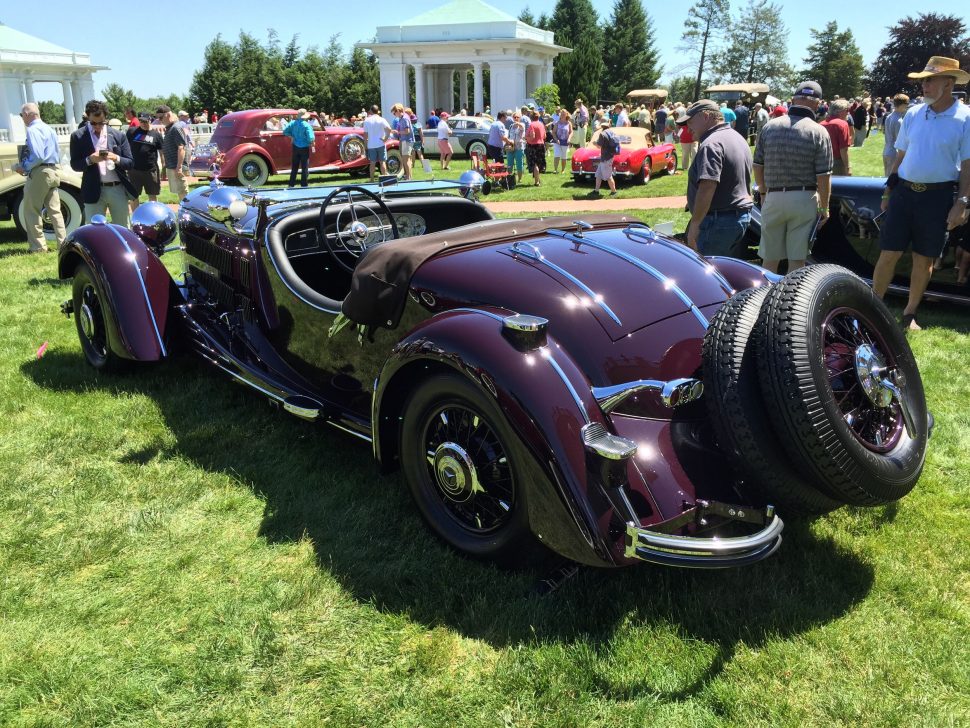 Targeted to elite buyers, Mercedes-Benz offered 500K models in a variety of body styles, or as a chassis without body for those seeking coachbuilt luxury. The 500K from the Miyabi Collection wears a roadster body built in Sindelfingen, but is believed to be the only example with no doors, upper hood louvers and cut-down fenders, modifications which seem to reinforce the claim that it was raced at some point in its early life.

The car also appeared on the silver screen, in the 1938 German movie Der Blaufuchs (The Blue Fox), but its postwar years were spent behind the Iron Curtain. During its time in Estonia, the 500k was reportedly fitted with a trailer hitch so that its owner could more easily haul firewood, not likely a design parameter envisioned by 500K engineer Hans Nibel.

In 1987 the car was exported to the United States, where it soon after received a comprehensive restoration and was shown at the 1991 Pebble Beach Concours d’Elegance. In July of 2015, it emerged from a fresh restoration and was once again shown on the greens in Monterey, where it captured a ribbon in the Mercedes-Benz class. The Governor’s Cup at the 2016 The Elegance at Hershey represents the car’s first Best in Show honors following its most recent restoration, but it’s a safe bet it won’t be the car’s last. 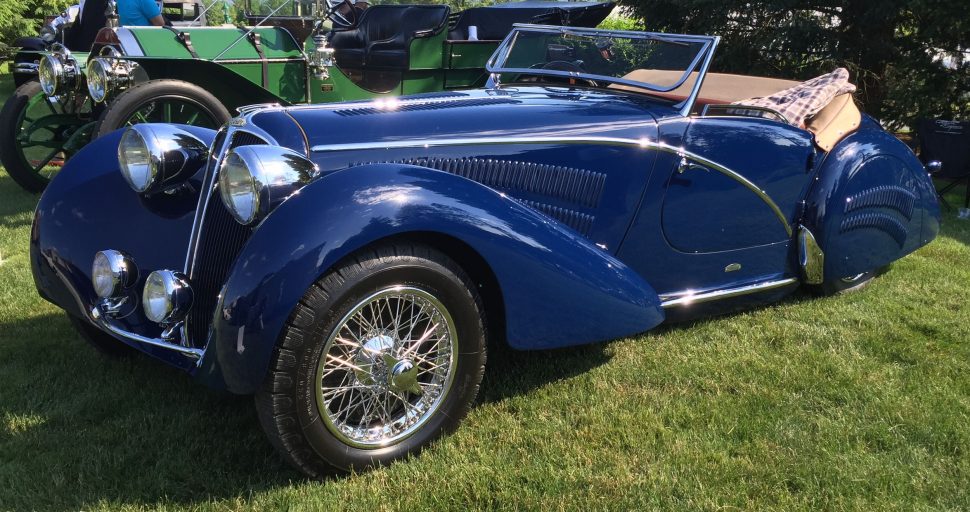 Look for a complete list of winners to appear on TheEleganceAtHershey.com in the coming days