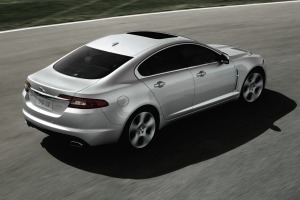 Vehicles not originally sold or registered in these states are not part of the recall.

“In the event of a crash necessitating deployment of the front airbags, these inflators may rupture due to propellant degradation occurring after long-term exposure to absolute humidity and temperate cycling,” said NHTSA in its recall summary. “An inflator rupture may result in metal fragments striking the vehicle occupants, resulting in serious injury or death.”

There are no reported injuries in Jaguar Land Rover vehicles as a result of this expanded recall, the automaker told federal safety regulators.

Jaguar dealers will replace the front-passenger airbag assemblies. Parts are not currently available.

Edmunds says: Owners should stay in contact with their Jaguar dealer for the most up-to-date information on parts availability in this recall.