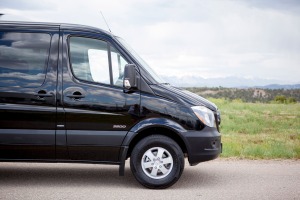 Daimler Vans USA is recalling 55 2015-’16 Mercedes-Benz Sprinter and Freightliner Sprinter 2500 and 3500 vans because the windows may separate in a crash, according to the National Highway Traffic Safety Administration.

Daimler told federal safety regulators it is not aware of any complaint or incident in any of the vehicles. The paint supplier alerted the company to the problem.

Mercedes-Benz Sprinter and Freightliner dealers will remove the windows and inspect the paintwork, repainting the vehicles as necessary. A date has not been set for the recall. Owners can contact Daimler Vans USA customer service at 1-770-705-2070.

Edmunds says: Owners of these vehicles should be ready to make a service appointment with their dealer once they receive their official recall notice.