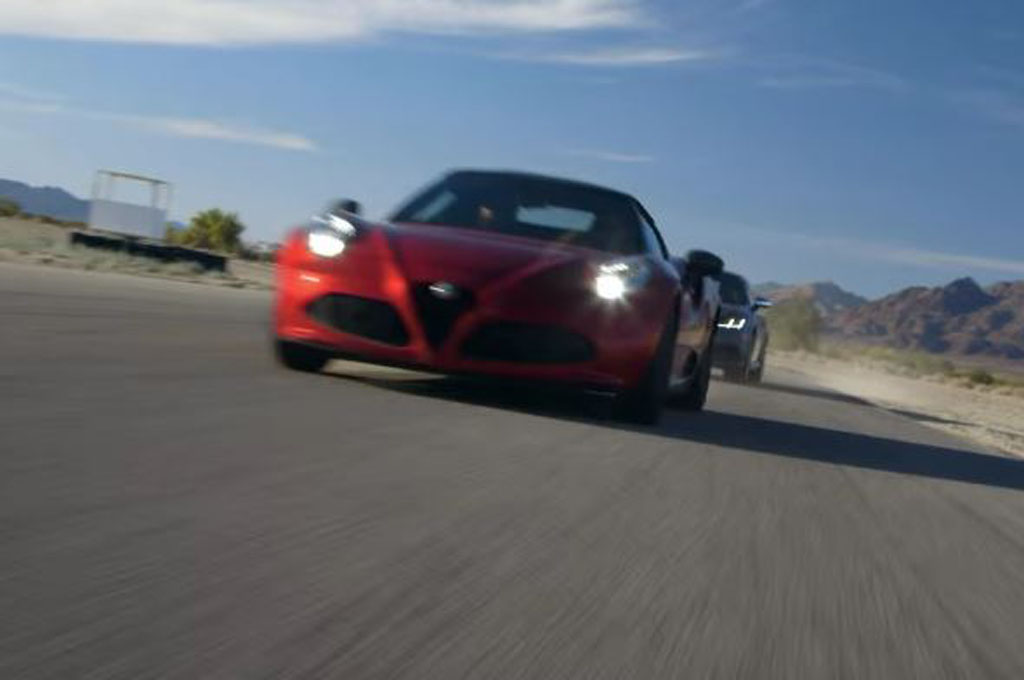 It’s not the most obvious pairing, but the 2016 Alfa Romeo 4C and 2017 Audi TTS have the right performance chops to warrant a sports car showdown. In the latest episode of “Head 2 Head,” hosts Jason Cammisa and Jonny Lieberman push these cars to the limit and crown a winner.

The Alfa may seem like it’s at a slight disadvantage, given that it makes just 237 hp compared to the Audi‘s 292 ponies. But the 4C weighs just 2,470 pounds and, as Cammisa explains, actually benefits from its lack of power steering. It’s “deeply flawed in all the right ways,” Cammisa says. But can it hold up against a near-perfect TTS?

“From an engineering perspective, this is the sexiest car in the world,” Lieberman gushes about the TTS. The model sits on Volkswagen Group’s advanced MQB platform and is essentially a “gorgeous-bodied Volkswagen Golf.” Which, turns out, isn’t necessarily a bad thing given how the cars ride and perform.

Check out the video below to find out which car wins the competition (and to see Cammisa take on our resident race car driver Randy Pobst).