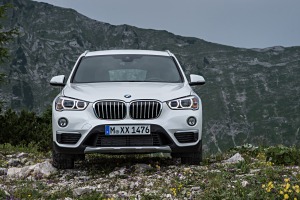 On sale now at BMW dealerships, the 2016 X1 earned the award “after a redesign boosted its performance in the small overlap front crash test,” the IIHS said in a statement on Thursday.

The X1 received a new body and structure design.

The test is designed to replicate what happens when the front corner of a vehicle collides with another vehicle or an object like a tree or utility pole.

“In the test, the driver’s space was maintained reasonably well, with maximum intrusion of about 4 inches at the lower door hinge pillar and at the instrument panel,” the Institute noted. “In contrast, in the test of the previous version, intrusion reached 16 inches at the footwell, trapping the dummy’s right foot.”

The 2016 X1 also has a new optional front-crash prevention system that earned an “advanced” rating from the IIHS.

The National Highway Traffic Safety Administration has not rated the 2016 X1.