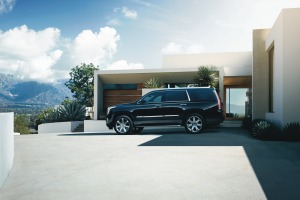 On sale now at Cadillac dealerships, the 2016 Escalade was named the Most Satisfying Luxury SUV and also earned the President’s Award.

“There are no more valuable opinions than those of our owners who drive Cadillacs every day,” said Cadillac President Johan de Nysschen in a statement.

The President’s Award is given when a vehicle’s overall score tops the previous score, AutoPacific said.

The awards are based on survey responses from more than 65,000 owners of new 2015 and 2016 cars and light trucks and measure how satisfied an owner is with a new vehicle.

Kia won the highest satisfaction rating for a “popular brand.” Tesla is the most satisfying premium brand for the second year in a row.

Other segment winners include the 2016 Kia Optima, which took home the prize for the most satisfying midsize car and the 2016 Kia Soul, which won the compact car award.