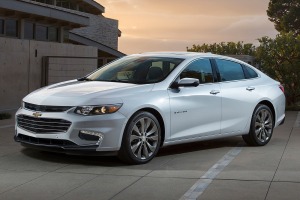 A 2016 Chevrolet Malibu Limited Preferred can be leased by current GM lessees for 39 months at $199 per month with no down payment. Mileage is limited to 32,500, and extra miles will cost 25 cents each.

SANTA MONICA, California — The 2016 Chevrolet Malibu and 2016 Honda Civic sedans are among the best June lease deals priced at or near $199 per month, according to the latest roundup from Edmunds.com.

Buyers looking for an electric or hybrid vehicle can choose from such models as the 2016 Kia Optima Hybrid, 2016 Mitsubishi i-MiEV, 2016 Nissan Leaf,  2016 Toyota Prius C and the 2016 Volkswagen e-Golf.

Note that some of these are regional offers, and prices may vary according to geographic area, trim level of the vehicle, the customer’s credit rating and specific lease terms, including duration and annual mileage allowance. Payment amounts do not include sales taxes and other applicable fees.

Edmunds says: Shoppers looking for more detailed information on leasing should take a look at the Edmunds.com Car Leasing page.