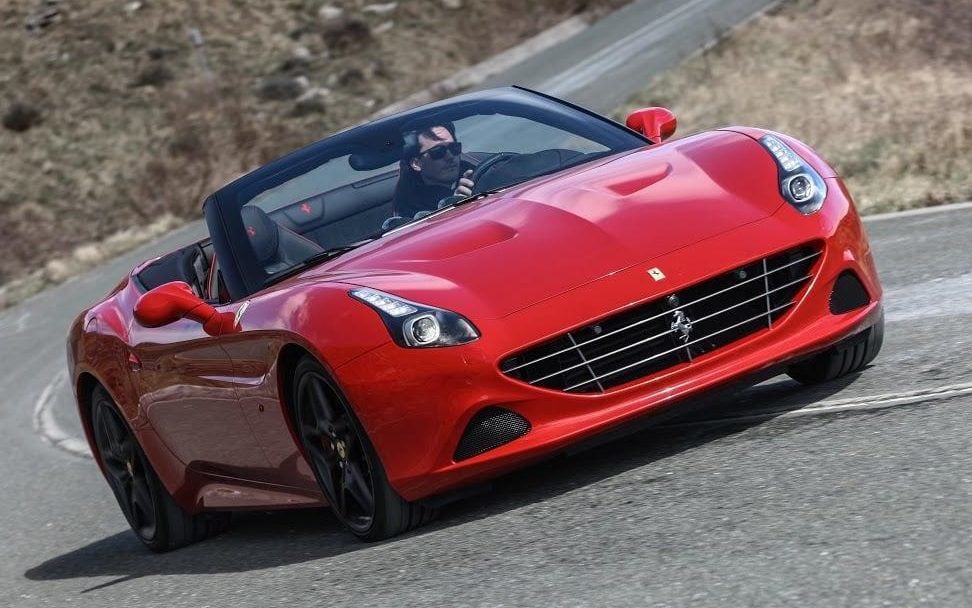 The new Handling Speciale pack is designed to turn Ferrari’s California T convertible into a more focused machine, without sacrificing the comfort and refinement that made it so popular in the first place. Chris Chilton gives his verdict

The underrated California T is the Ferrari that sends snooty enthusiasts’ noses skyward, but has lured thousands of new buyers to the marque. It’s an entirely different beast to Ferrari’s other convertible, the mid-engined 488 Spider, and not merely because it costs some £50,000 less. As an everyday proposition, and one designed not to terrify someone stepping into their first Ferrari from the sanctuary of a cuddly Mercedes SL, it was always going to feel less overtly exciting than its siblings.

But now there’s a California that might appeal to both new and existing Ferrari fans, one that retains all the practicality of the standard car’s folding hard-top, huge boot and rear seats, yet is even sharper to drive. Called the Handling Speciale, this upgraded California is not to be confused with the transformation wrought on the old mid-engined 458 Italia to turn it into the wild 458 Speciale. 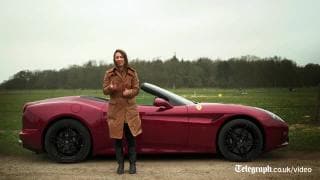 There are no modifications to the 3.9-litre turbocharged V8, and Ferrari hasn’t cleaved any weight from the California’s ample 1,730kg frame to make the engine’s 552bhp feel more muscular. Instead, the attention was focused on retuning the suspension to deliver sharper handling.

That was also the remit of the HS pack offered on the original naturally aspirated California back in 2011. But while faster steering and stiffer springs certainly enhanced the agility on that car, they ruined the comfort and usability in the process.

The latest California Handling Speciale is far better resolved. Every Ferrari has hair trigger steering these days, so there are no changes to there. But the front springs are 16 per cent stiffer and those in the back uprated by 19 per cent, and the dampers retuned to suit. That’s had a noticeable beneficial effect not only on body control at high speed, but in the way the car responds when you twist the wheel into tighter turns.

This is still a big car, but an even 50:50 weight distribution that comes from mounting the engine and gearbox at opposite ends of the car, a Ferrari tradition that goes back to the stunning 275GTB of 1964, gives the California HS excellent balance, and you the confidence to exploit it. Unlike on the old HS, this additional athleticism doesn’t comprehensively ruin the ride either, something Ferrari attributes to subsequent developments in the technology behind the magnetorheological dampers. A new exhaust system liberates more noise when you put your foot down, but the slightly dull, muffled character of the turbocharged V8 remains. More positively, there’s now an almost total lack of turbo lag, and the ECU-controlled variable turbo boost cleverly mimics the crescendo of revving out a naturally aspirated engine. The drivetrain hasn’t been totally ignored in this overhaul either; a quicker shifting version of the seven-speed dual-clutch paddle-shift gearbox makes the car feel tangibly quicker, even if the 3.6 second 0-62mph time doesn’t reflect that.

At £5,568, the Handling Speciale pack isn’t unduly expensive, given that you can pay more than £6,000 for a Ferrari golf bag, an absurd £1,440 for a carbon-fibre cup holder, and almost £800 for a set of floor mats. And most buyers will already be prepared, at their dealer’s pressing, no doubt, to fork out £3,168 for the non-HS Magneride suspension system. 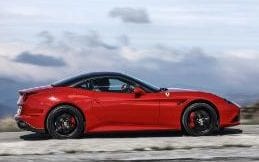 But you should still think carefully before adding the HS option to the flurry of ticks on your order sheet. There is more exhaust boom to contend with, and the ride, while very good in isolation, isn’t quite as cossetting as it is in the standard car.

If you genuinely can imagine yourself pushing a California T hard, the Handling Speciale pack is money well spent. But the hour we spent ambling along the coast south of Genoa before our test route wound into the mountains was every bit as enjoyable as the mountain thrash itself, in its own way, and probably more representative of the kind of use a car like this will get. Given the philosophy behind the California, we can’t help but think that the already impressive standard car will better serve most buyers.

Verdict: The optional Handling Speciale pack makes an underrated car even better to drive quickly without requiring you to make major refinement sacrifices. But it can’t fundamentally change the turbocharged engine’s dull sound and many buyers will be better off with the standard car 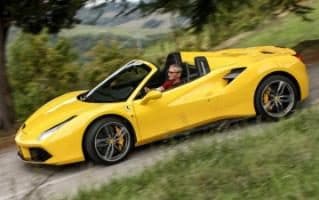 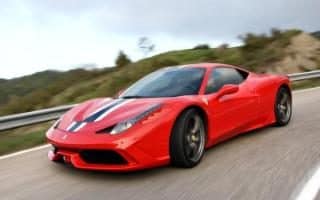 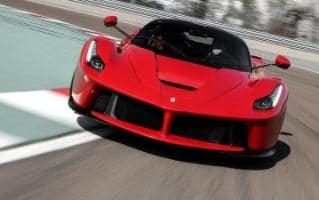