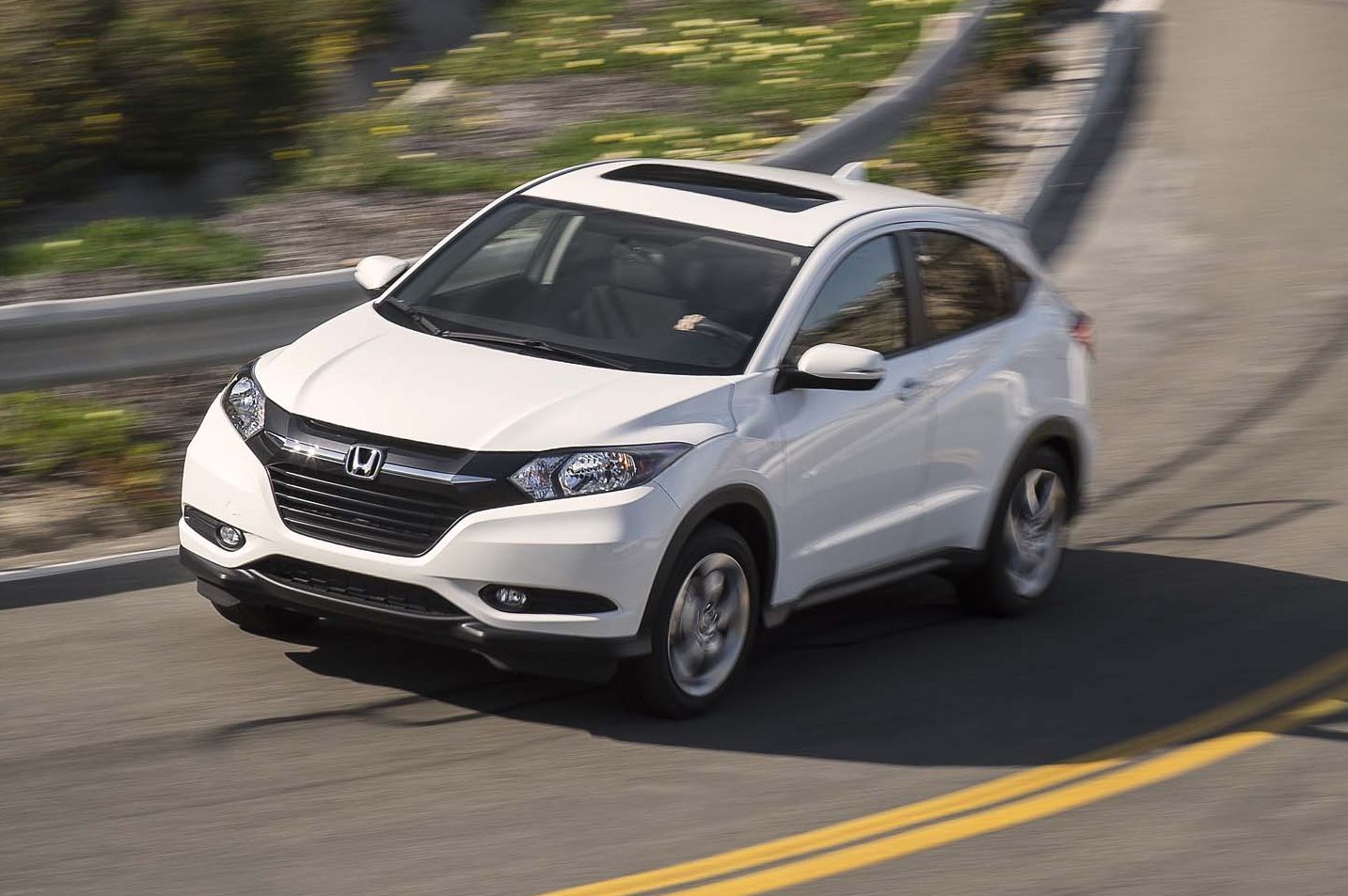 Whatever preconceptions I had before taking on the 2016 Honda HR-V as my new long-term vehicle, expecting a number of unsolicited compliments was not among them. Not because there’s anything wrong with the HR-V, but because it isn’t traditionally “cool.” Nonetheless, it’s generated as many compliments and interested strangers at this early point in its test as my last car, the Camaro Z/28, did.

Clearly, there’s no direct comparison between a Z/28 and an HR-V. Why all the attention then? I reckon it’s simply a matter of mass appeal. Only car enthusiasts bat an eye at a car like the Z/28. Even luxury cars rarely turn heads in L.A. The HR-V, though, it’s attainable. Not only that, but it’s desirable for everyday shoppers. Compact and subcompact crossovers are incredibly hot right now. Many of your friends and relatives who wouldn’t know an Acura from an Aston Martin are looking at small crossovers for their next car.

Based on my experience so far, the HR-V has two things going for it: size and style. Folks looking to get out of a 10-year-old sedan or SUV appreciate that it’s about the same size as their current car, not a gargantuan tank like a Suburban or something. Even the modern CR-V is a big SUV by the standards of 10 years ago. The HR-V, though, is just the right size, especially for people without kids. 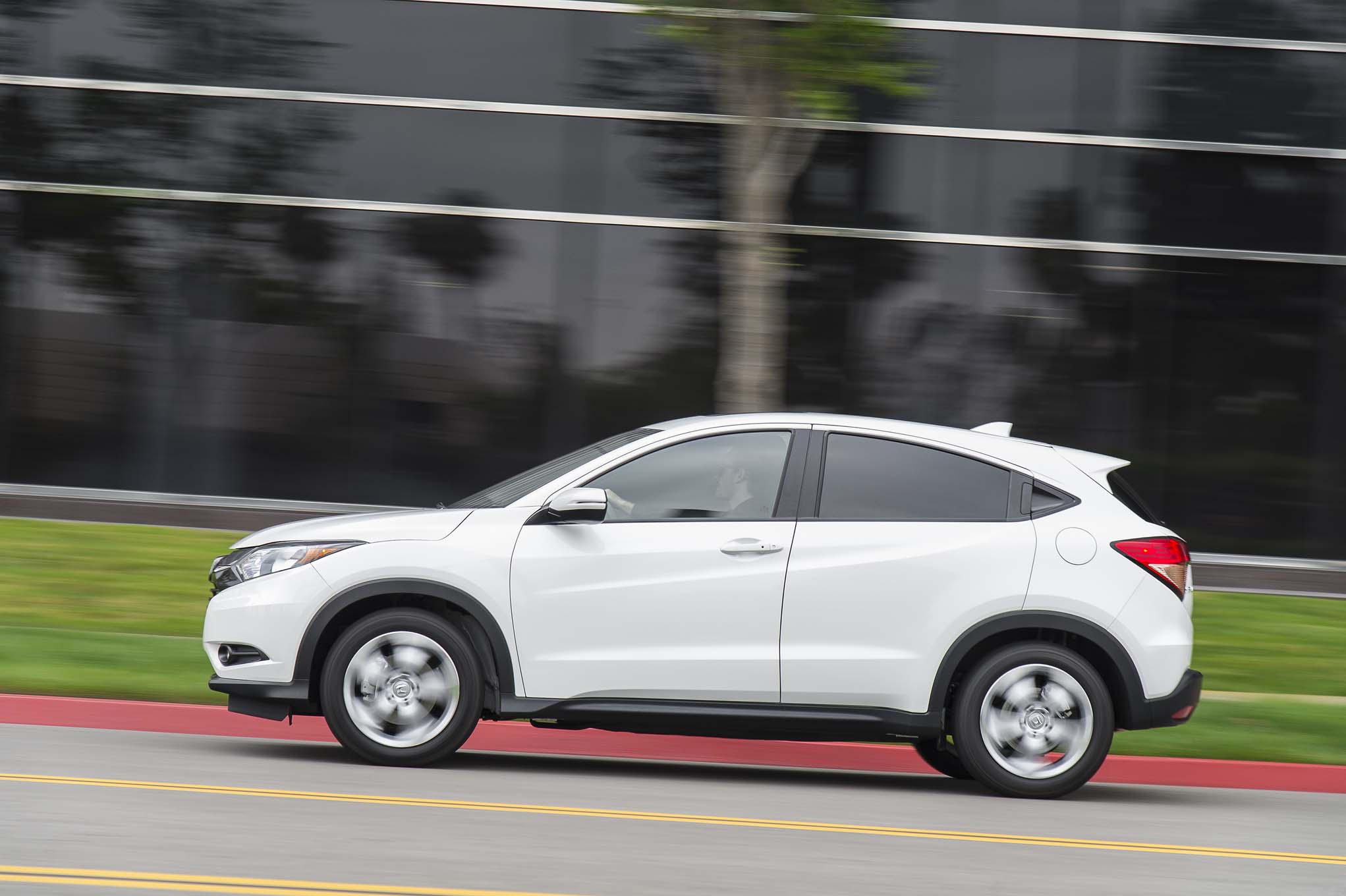 Then there’s the styling. It’s no Ferrari, but a lot of people have told me how good they think it looks. Surprisingly, several admirers have asked if it’s a coupe, not seeing the hidden rear door handles up in the C-pillars. To them, this feature only makes it look more sporty. To me, it’s just an ergonomic quirk.

Then there’s the price. Everyone who has inquired has been very happy to learn it’s just $22,407 as equipped. Considering the average transaction price of a new vehicle sold in America these days hovers around $33,000, the HR-V is a bargain.

Another factor that doesn’t come up often in parking lot conversations is fuel economy, but it ought to. See, the onboard computer’s been reporting fuel economy regularly in the low 30s, but don’t trust those things as far as I can throw them. Thing is, the HR-V recently underwent Real MPG testing and frankly, it killed it. EPA fuel economy on our front-drive manual-transmission car is already a very good 25/34 mpg city/highway/28 mpg combined. The Emissions Analytics team behind Real MPG insisted on testing the HR-V three times because its results came out so good. What’d we get? 28.1 mpg city, 36.5 mpg highway, and 31.4 mpg combined.

We also recently ran our standard instrumented performance testing on the HR-V as well, though the results were less surprising. Our HR-V hit 60 mph in 8.5 seconds, exactly the same as the HR-V manual we tested at SUV of the Year last year. Through the quarter-mile, it was a tenth-of-a-second and a tenth-of-a-mph behind at 16.5 seconds at 83.2 mph. Braking was identical at 125 feet to stop from 60 mph, and the skid pad number improved ever so slightly from 0.83 g average to 0.84. Also improved was the figure eight lap, down three-tenths-of-a-second at 27.5 seconds, though average lateral grip dropped one-tenth-of-a-g to 0.60.

None of the numbers are bad considering it’s packing only 141 hp and 127 lb-ft of torque. That’s the power of a 2,899-lb curb weight and decent gearing in the six-speed manual (remember, buying the CVT automatic gets you an additional second on the run to 60 mph, which can be all the difference merging on the freeway). That it’s a surprisingly good little manual is icing on the cake. Multiple editors have commented on how nice the shifter feels (an underused Honda specialty), and they’re right. Now, if only the clutch pedal had any feel at all. On the whole, though, it makes this little crossover surprisingly fun to drive, even on the daily commute.

More on the Honda HR-V here: