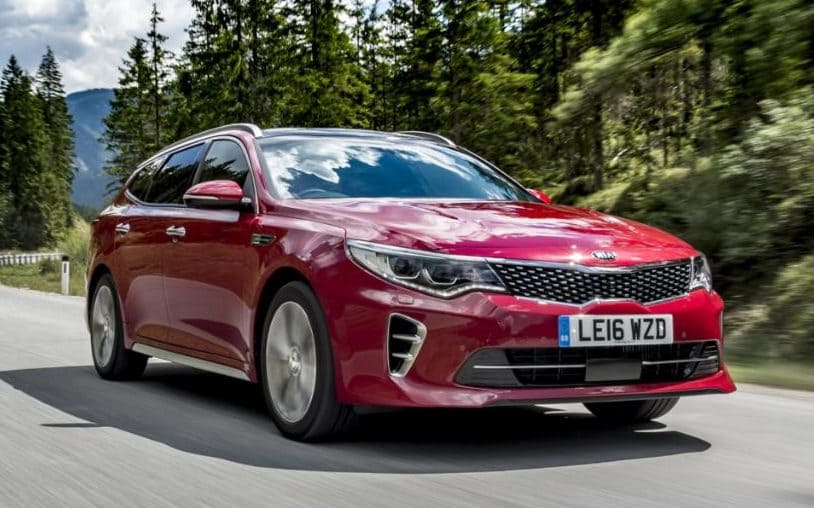 Kia’s top-model saloon, the Optima (aka Magentis), has been around since 2000. Mercifully, British buyers were spared the earliest derivatives, which were barely badge-engineered versions of the poor Hyundai Sonata. In 2011, Hyundai launched its version of this car, the i40, as an estate in the UK, which was perhaps a better marketing strategy than Kia thrusting its Optima four-door saloon at a largely unreceptive British fleet market. Come on guys, this is the C/D-segment, where all anyone wants is a German saloon – even Vauxhall and Ford have to scrabble to pick up the pieces.

So the arrival of last year’s fourth-generation Optima as an estate seems like a good opportunity to revisit this previously underperforming model name. Estates require more nuanced qualities than saloons, and perhaps the Optima Sportswagon can appeal on different levels.

They certainly won’t be price, as the top-model GT-Line S, with all the bells and whistle, costs £31,140 including metallic paint. That parachutes it straight into the heart of the upper non-premium sector, where cars such as Skoda’s Superb, Ford’s Mondeo, VW’s Passat and Vauxhall’s Insignia do good business.

It certainly looks the part, with smart lines, well-disguised bulk and a distinguished nose courtesy of Kia’s chief designer Peter Schreyer. While it doesn’t retain the more radical lines of the 2015 Sportspace concept, the GT-Line, on 18in wheels and low-profile tyres, still has a whiff of the catwalk about it and it drew admiring glances in the car parks of south Surrey.

The interior is clad in remorseless dark-grey plastics and is well assembled and nicely designed, if lacking flair. There’s an old-school, twin-dial instrument binnacle with clear markings, mostly classy-feeling switchgear and a modest centre touchscreen with attractive graphics, although the control menus take a bit of learning.

Not so good are the gritty-feeling controls on the steering wheel controls and the rubberised dashboard top with embossed fake stitching, which is plain weird. The stereo is pretty good, too, and you get a USB slot, aux and 12-volt power sockets in the front. You also get a fair bit of useful storage space, with ample door bins. 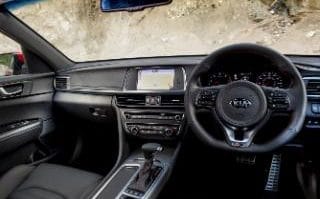 The GT-Line spec brings a lovely panoramic sunroof, as well as a satnav, adaptive cruise control, climate control, a rear-view camera as well as camera- and radar-based automatic braking systems, rear-cross traffic alert and blind-spot monitoring. It also brings the dubious benefit of automatic dipping headlights which, like all such systems, seem that bit late to react, plus a powered tailgate, which creaks open at the speed of Dracula’s coffin lid.

The driving position, after a fair bit of shuffling around with the switches, is pretty good, though taller drivers might find the roof quite close to their heads. Rear-seat accommodation is not overgenerous, however, especially compared with Skoda’s Superb or Ford’s Mondeo, but you will fit three adults in there with small amounts of head and leg room to spare.

At 552 litres with the rear seats up, the boot is larger than the Ford or Mazda6, but almost 100 litres smaller than the Skoda. It also comes with a set of aluminium “organisers”, which will surely end their days hosting massive spiders’ webs in the garage. As it is, they rattle along in the back, not exactly helping the efforts of Kia’s noise, vibration and harshness department to provide maximum refinement. 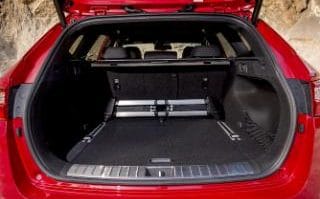 Start it up and the systems give a polyphonic ditty, which it repeats when shutting down. This seems a peculiarly South Korean thing (my LG washing machine does the same) and seems equally charming and annoying. With a kerb weight of over 1.6 tonnes, and compared with lighter rivals with 2.0-litre diesel engines, Kia’s 139bhp 1.7-litre feels down on torque and performance.

Nor is it the nicest engine to drive, feeling quite laggy on the throttle, with an unpleasant grinding note and a raucous top end which discourages revving it anywhere near its 4,500rpm red line.

Fortunately the seven-speed, twin-clutch gearbox manages, for most of the time, to keep the rev counter needle between 1,500rpm and 3,500rpm, where the engine works best – and quietest. The gearbox is pretty good, with pleasant-feeling gearchange paddles behind the steering wheel and smooth changes, although the idiosyncratic spread of ratios means that if you try to accelerate your way out of trouble, there’s a deal of roaring from under the bonnet and a long wait for anything to happen. You end up having to drive the Optima quite hard to keep up and economy suffers; against an EU Combined figure of 61.4mpg, we managed 41.4mpg. 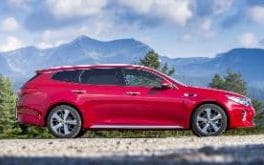 On those 18in wheels, there’s a fair bit of noise transmitted into the cabin and the ride is sharp over short, sharp bumps, but almost too soft on long waves. Not that it floats, but it feels imprecise and shakes your head from side to side. There’s also an inconsistency about how it deals with different bumps, occasionally pitching across the car, sometimes front to rear, which doesn’t inspire confidence.

Which is a shame, as the chassis, if not the most sophisticated, is at least secure when pushed and even reacts to lift-off cornering by tucking the nose more tightly into the corner. The steering feels over-assisted, but has a sticky response to being turned away from dead ahead. It also lacks any sort of response to changing road conditions or the amount of load in the chassis.

Kia owners report good things of the firm’s dealers and the ownership experience and, for a lot of private buyers, the Optima’s seven-year, 100,000-mile warranty will be important, but there are drawbacks with this Optima and not just its high price.

For all the warranty peace of mind, the residual values aren’t terrific, it doesn’t ride that well and its engine is harsh. There’s also the feeling that the Optima Sportwagon has been engineered by someone who has never driven a premium station wagon, merely had it described to them down a particularly poor telephone line in a second language.

We know that Kia can do better than this, but why didn’t it?

VERDICT Superficially attractive and well equipped, but the Optima Sportwagon is heavy, underpowered and simply not as good to drive or as refined as the competition

Three out of five stars