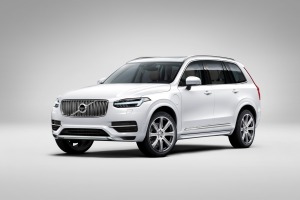 WASHINGTON — Volvo Car USA is recalling 29,697 2016 Volvo XC90 luxury SUVs because of a sunroof problem, according to the National Highway Traffic Safety Administration.

There are no reported injuries or accidents linked to the recall, Volvo spokesman Jim Nichols told Edmunds.

Volvo dealers will perform a software upgrade that disables the auto-close function. The recall is expected to begin on June 20. Owners can contact Volvo customer service at 1-800-458-1552.

Edmunds says: Owners of these vehicles should be ready to make a service appointment with their dealer once they receive their official recall notice.