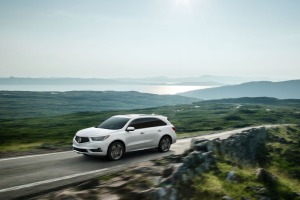 The 2017 MDX goes on sale at Acura dealerships this summer, followed later in the year by the 2017 Acura MDX Sport Hybrid.

The hybrid version has not been rated yet by NHTSA.

The Insurance Institute for Highway Safety has not rated the 2017 MDX.

Key competitors to the MDX include the Audi Q7, BMW X5 and Volvo XC90.

Edmunds says: Car shoppers should note that the 2017 Audi Q7, BMW X5 and Volvo XC90 have not been rated yet by NHTSA.