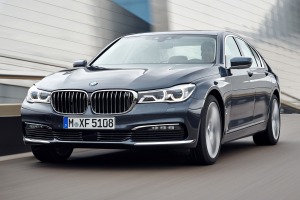 It is expected to arrive soon at BMW dealerships.

Optional equipment includes M Sport brakes now offered as a stand-alone item and remote controlled parking. BMW said that feature will offered on the 740i, 740i xDrive, 750i and 750i xDrive from July 16 production onwards.

The base 7 Series is equipped with a 320-horsepower 3.0-liter inline six-cylinder engine and an eight-speed automatic transmission.

Key 7 Series rivals include the Audi A8, Lexus LS 460 and Mercedes-Benz S-Class.