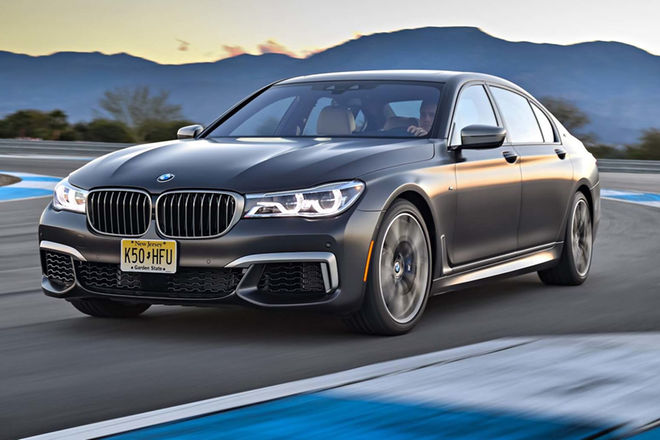 The 2017 BMW 7 Series has never wanted the power or agility despite its sheer size. When we tested the latest 750 xDrive, it ran from 0 to 60 mph in 4.3 seconds. 0.4 seconds faster than its rival Mercedes-Benz S550 4 Electric Auto mode, despite a slight 10 horsepower disadvantage. In 2017, BMW has returned to the 601 hp V-12 model, which undoubtedly will appeal to those who desire the highest performance and prestige of small disc iterations, but unlikely to change the overall reputation of 7 as a comfortable cruiser and technology giant.
As you probably already know, the M760i is not a suitable M model, but it is the next best thing. The BMW does not seem eager to introduce the M7 soon, arguing that the modest m performance treatment is more suited to this range-topping sedan. From the benefits of the 6.6-liter V-12 model, the M760i-specific shift lever is programmed with an 8-speed automatic transmission, and special steering and chassis control system tuning. Also looking for M sports brake, M and flap sports exhaust, larger air intake in front of the apron, and Michelin pilot super sports tire wrapped around a 20 inch M light alloy wheel. 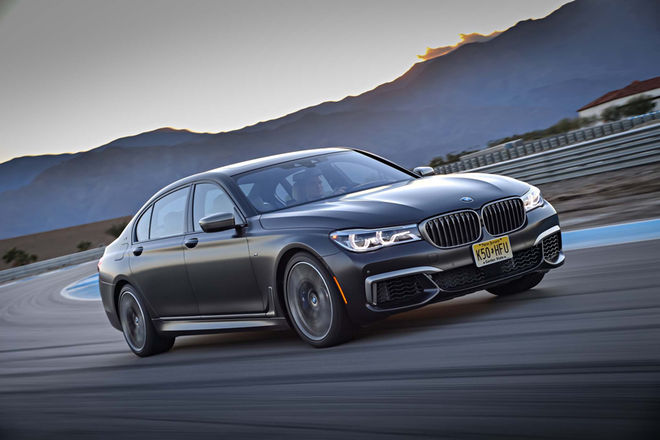 The final product is a reliable and confident vehicle. It’s hard to imagine, but the full-size sedan shakes sexy cars like i8 and M3. Despite claims by the manufacturer to weigh 5,150 pounds, the M760i flexed BMW-estimated 3.6 seconds to 60 mph. General Motors said it was the fastest ever BMW 7 Series.

Now the question is: Does it feel as heavy and powerful as it is? We recently had the opportunity to take the M760i around a racetrack at the BMW Performance Center in Thermal, California. Even with traction control turned off, the sedan has plenty of grip, latching onto every bend and curve like a good pair of spandex workout pants. As long as you’re going relatively quickly, you forget you’re driving a 2.5-ton sedan.

The M760i proved capable in this exercise, but let’s face it. Who drives a full-size luxury sedan on the track? Buyers are much more likely to gravitate to the model, in large part, for its luxury, innovative technology, and cylinder count, which are exactly what the M760i offers.

Although it’s less sumptuous and flashy than the Mercedes-AMG S65’s cabin, the BMW’s interior has its own understated elegance and just as many goo-gah features. Subtle M badging can be seen on the pedals, footrest, and steering wheel, and a V12 logo appears on the center console. Bathed in Nappa leather, the seats are soft to the fingertip but firm for the body. Not to mention the BMW might just have the nicest headliner I’ve ever seen. I suppose it might not be able to compete with Rolls-Royce’s Starlight Headliner that illuminates the roof with hundreds of lights. But for $150,000, you can’t beat baby-soft anthracite Alcantara.

On the display screen, drivers can change the color of the interior lights that illuminate a horizontal strip running along the doors and dashboard. Like other 7 Series models, the M760i allows you to adjust the volume, switch radio stations, and answer phone calls by gesturing with your hands in the center of the cockpit. We’ve mentioned in previous reviews that this BMW-exclusive feature might feel a bit gimmicky to some, but it generally works well. In the center console, there’s a wireless charger for mobile phones. Optional rear amenities include massaging seats, a majestic electric reclining seat and footrest, an entertainment system, and a 7.0-inch tablet for operating climate and media controls, the ambient lighting, and the sunroof. 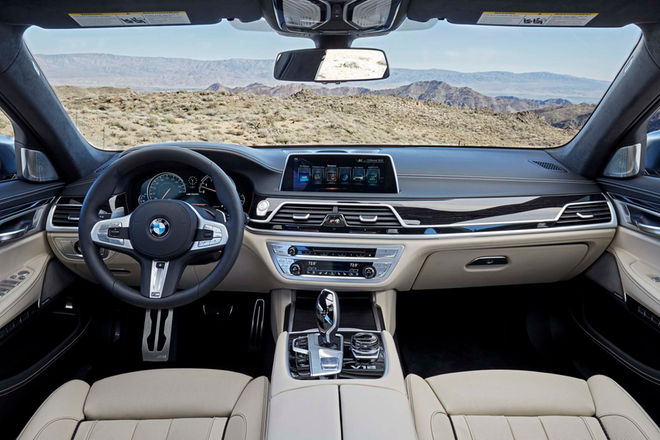 If you must drive, perhaps for a sunset stroll by the beach—or in our case, by the Anza-Borrego desert just south of Palm Springs—you might think Comfort mode would suit the occasion. Yet despite its name, Comfort feels a bit disengaged and makes the car seem heavier due to disconnected steering feel. Activate Sport mode, and you’ll be perfectly happy no matter the driving situation. It tightens up the steering considerably, but the car remains supple and comfortable. Offering a relatively nimble experience, Eco mode serves a nice dynamic middle ground between Comfort and Sport, nut it might take just a little more pedal effort to get up to speed.

We haven’t always been in love with the handling of the new 7 Series in general, but we do appreciate the model’s other strengths. Much of the drive experience is about comfort and stability. Aided by smooth gearshifts, the ride is calm and pleasant, but some noise inevitably seeps into the cabin. Cruising along, the power of the M760i hits you like a cheeky chocolate wine. You’re coasting along and feel nothing, but before you know it, you’re gliding along at 75 mph in a stupor. Of course, there’s plenty of juice when you want it. Give the throttle a quick tap, and the less than engaged driver is sure to wake up promptly.

Despite its merits, the 7 Series has long played second fiddle to the S-Class. Mercedes sold 18,803 S-Class sedans in the U.S. in 2016, compared to just 12,918 7 Series models sold during the same time period. 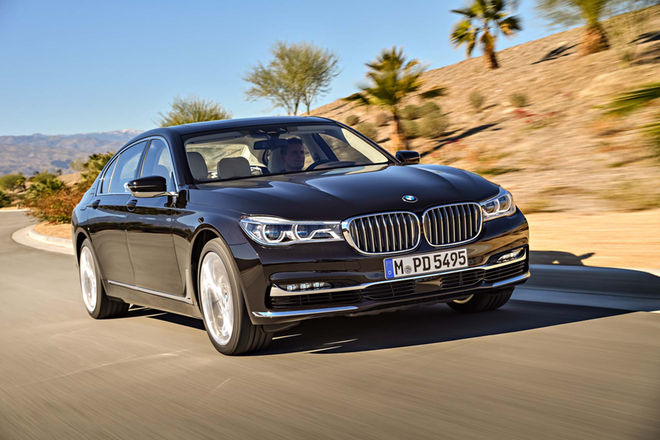 When we first drove the current-generation G11 750i, we lamented that it failed to capture much of the same magic as the S-Class. Striving toward luxury and performance, the V-8 model didn’t seem to get either part of the equation exactly right. Although it’s loaded with technology and creature comforts, the materials aren’t quite as plush as the S-Class. And although it performed well in the 0–60-mph and quarter-mile tests, it lacked in terms of handling and athleticism. With tightened reflexes, the M760i starts to put some of the misgivings about the 7 Series’ performance to bed. But make no mistake: This is still a world-class luxury cruiser.