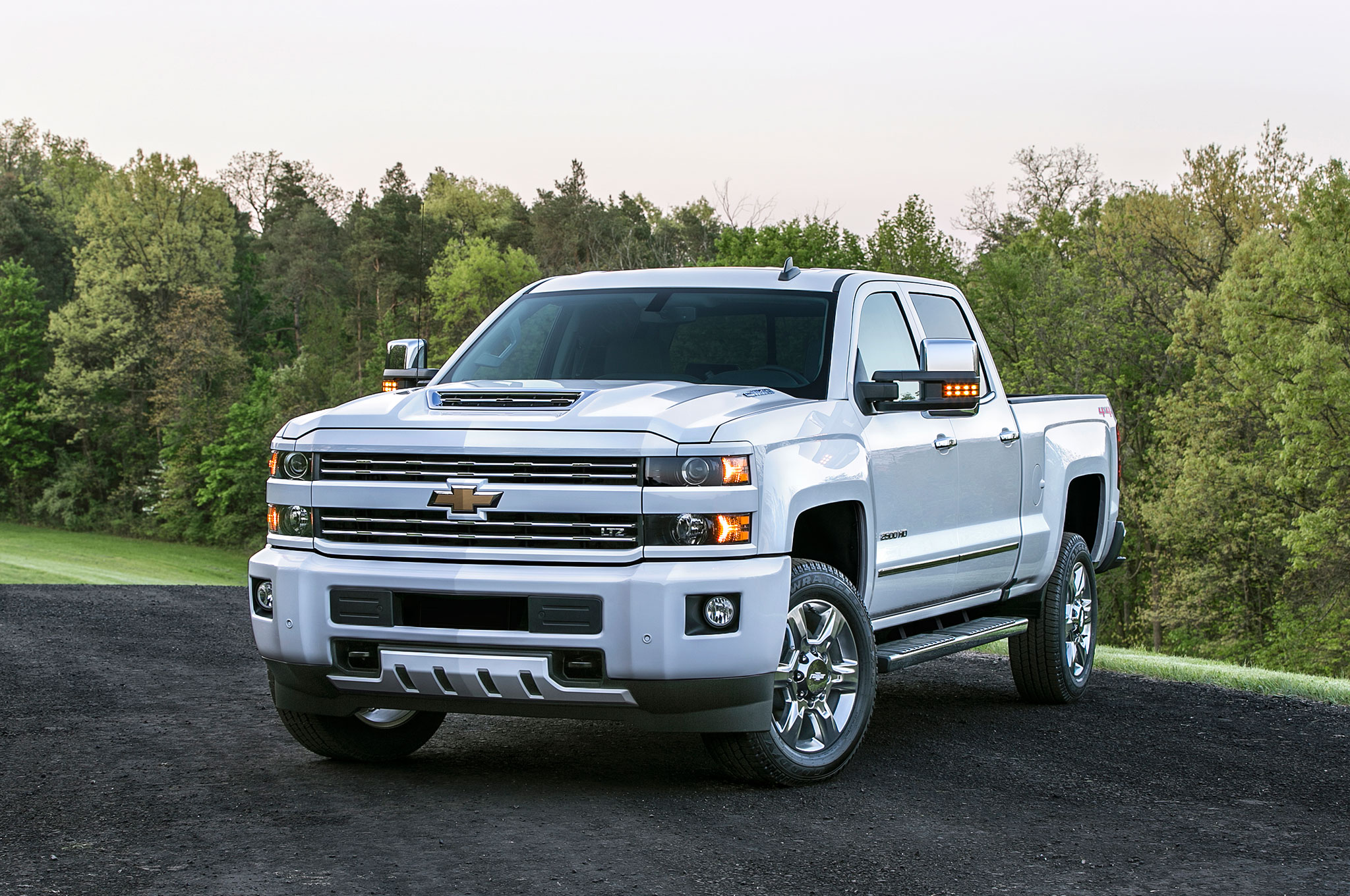 When you think about vehicles with factory ram air intakes, high-performance Pontiacs and SRT products probably come to mind. But such a forced-air system is now standard on 2017 Chevrolet Silverado HD pickups equipped with the Duramax diesel engine. The patented air intake system drives cool, dry air into the engine to bring down engine temperature and help sustain performance for longer periods of time.

“The 2017 Silverado HD was engineered to provide maximum utility for our customers in even the most extreme situations,” said Eric Stanczak, chief engineer of the Silverado HD. “While developing this all-new induction system, we considered our customers towing a maximum-weight trailer through the Eisenhower Tunnel on a hot, rainy summer day.”

The Eisenhower Tunnel is the highest vehicle tunnel in the world, and sits at 11,000 feet above sea level, also making it one of the highest roads in North America. Customers can spot the new intake system thanks to the new hood scoop, which gathers air from outside that’s cooler than the air under the hood. Of course, the air is then compressed by a turbocharger and heated up again, but every little bit helps. The optional Duramax 6.6-liter turbodiesel V-8 produces 397 hp and 765 lb-ft or torque, which is routed to the rear or all four wheels via a heavy-duty Allison six-speed automatic transmission.

The system also utilizes a ram-air effect from oncoming traffic, while the air filter housing can draw up to 40 percent more dry air from the front fenders. The team tested the new intake system under real-world driving conditions, including light and heavy rains, soft and hard snow, and dry deserts to arctic cold landscapes.