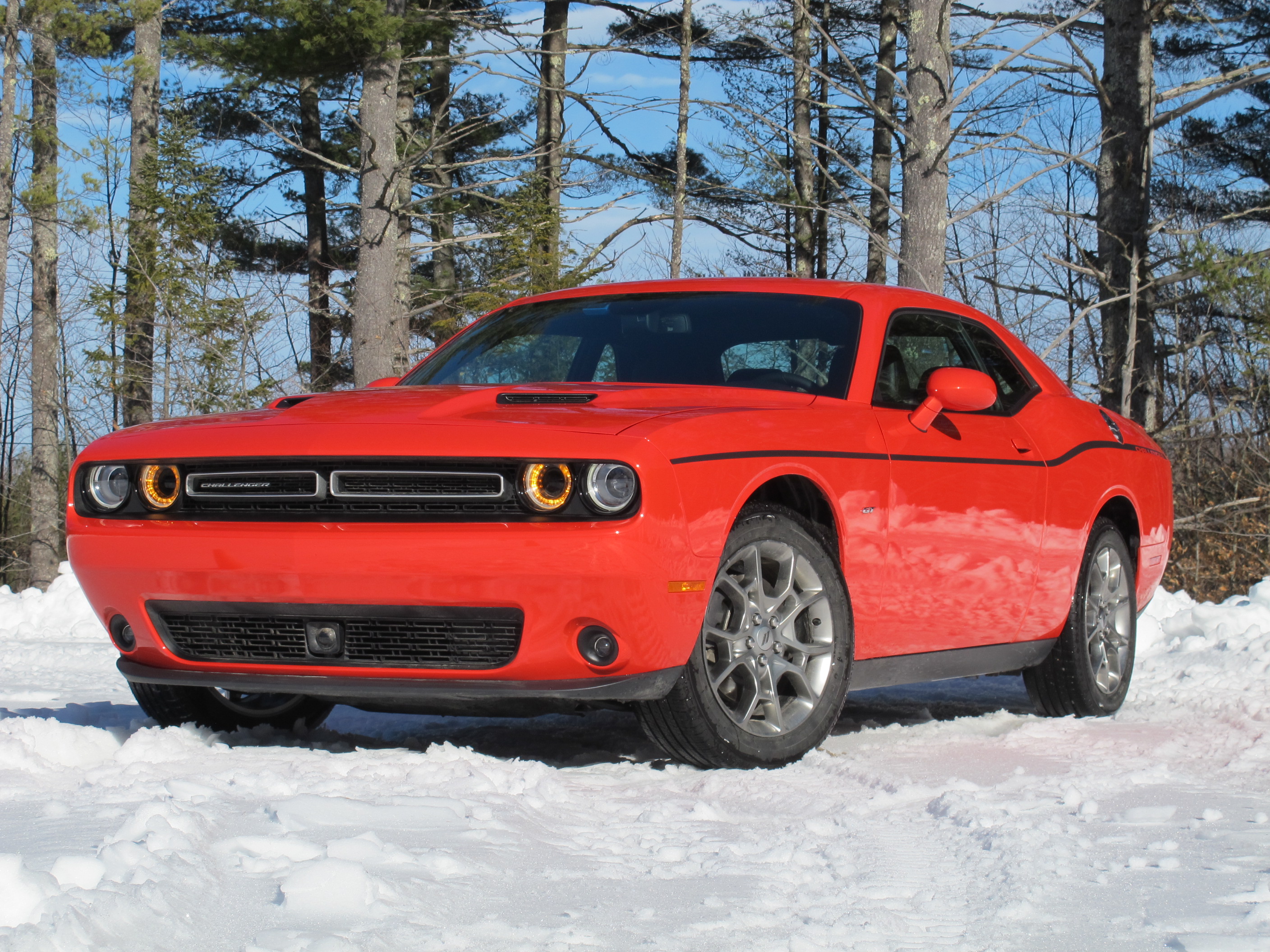 The result is the 2017 Dodge Challenger GT.

Now, Dodge did a little more than that, but we’d have a lot more to say if we were reviewing the next generation Challenger today, the one built on the Alfa Romeo Giulia’s platform, instead of a “new” version of a nine-year old car. But Fiat Chrysler Automobiles is in a bit of a budget crunch and product development has been pushed back as a result.

In the meantime, Dodge has added AWD to the Challenger for the GT and thrown on a wider body and even more power on top of the already insane Challenger Hellcat and calling it the Demon. The idea of an all-weather muscle coupe isn’t a bad one. And we’re all for crazy power around these parts, so we’ll be happy to review that one, too.

Can I borrow your AWD system?

The 2017 Dodge Challenger GT is offered only with the brand’s 305-horsepower 3.6-liter V-6 and 8-speed automatic transmission. Why? Because V-6s and automatics sell better than V-8s and manuals.

The GT borrows its all-wheel-drive system and P235/55R19 Michelin MXM4 Primacy all-season tires from the AWD Dodge Charger. Very little needed to be done to adapt it. A driveshaft needed to be shortened, the exhaust had to be rerouted, and other elements of the underbody had to be modified to make it fit, but it’s not like Dodge had to develop a new system or a new platform. All told, the AWD system adds about 200 pounds to the V-6 Challenger, bringing the already hefty curb weight to a porky 4,108 pounds. 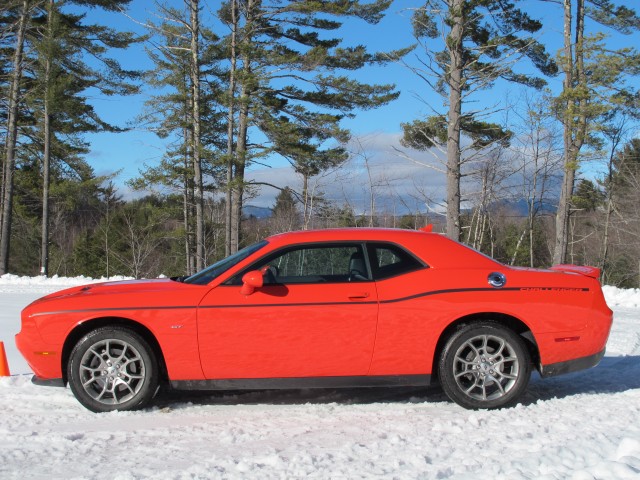 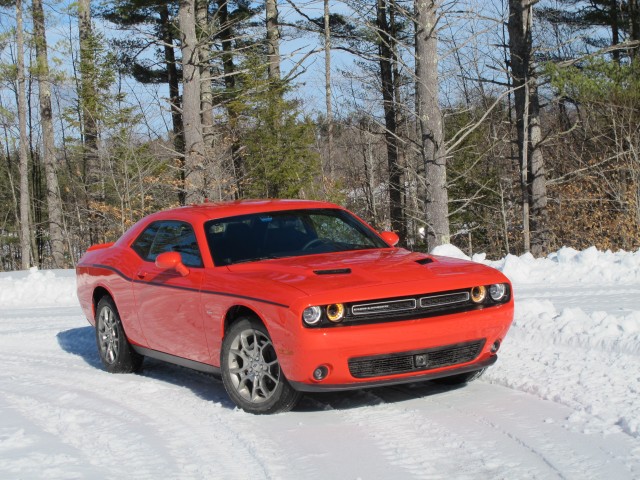 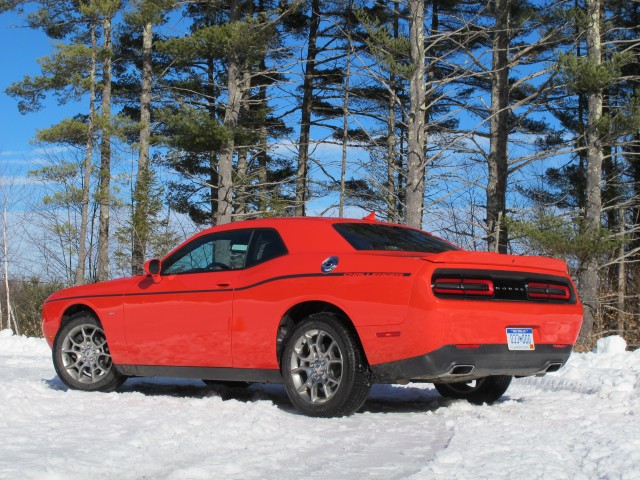 This AWD system defaults to rear drive on dry pavement in warm weather and has a front-axle disconnect feature to prevent the parasitic loses of sending power to the front wheels when it’s not needed. If the rear tires are on ice, the front tires can drive the car alone, but the front axle can only handle 38 percent of the engine’s torque.

Several proprietary factors determine when power AWD is engaged, including temperature, slip, and throttle application. If you put the car in Sport mode, AWD is automatically engaged. Dodge wouldn’t say what the temperature is that triggers AWD, but during our drive in Maine, the system was always in AWD during a 36-degree day. We’re guessing that proprietary temperature is around 40 degrees.

Dodge also offers three electronic stability control modes for the Challenger GT: normal, sport, and off. Normal mode cuts off the power when it detects slip and uses the electronic stability control to try to get the vehicle back on its intended path quite early. Sport also uses ESC and cuts the power, but does both much later. Off never cuts the power and turns off the ESC completely.