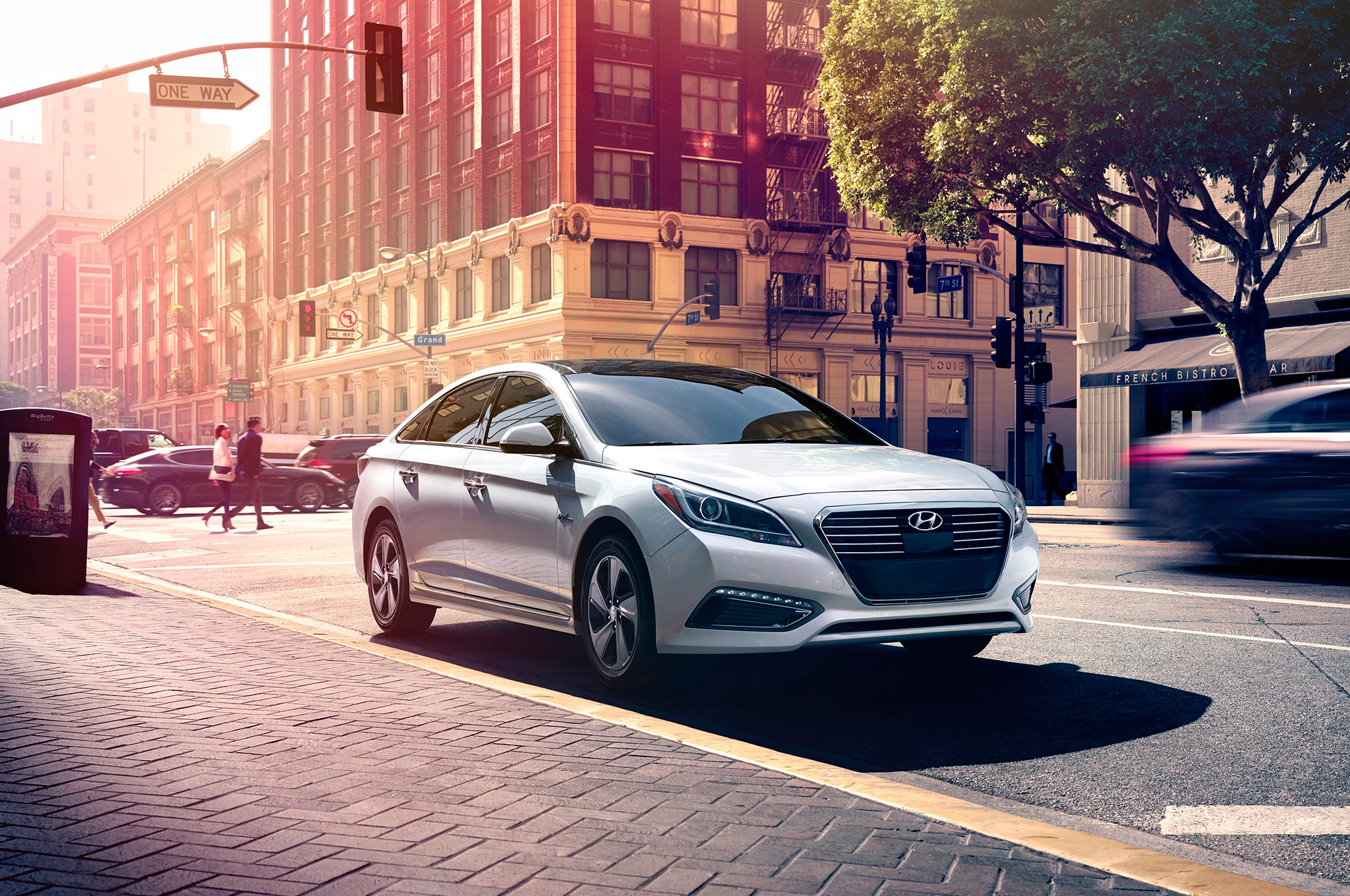 The 2017 Hyundai Sonata Hybrid has received an updated multimedia interface that now comes with Apple CarPlay and Google Android Auto integration as standard. Along with better smartphone integration, the car also receives additional standard features such as HD radio and a seven-inch touchscreen. Hyundai’s next-generation Blue Link connected car and telematics system has also be added to the Sonata Hybrid as standard.  Later down the line, Hyundai will add a new exterior color palette for the standard Sonata Hybrid and the Sonata Plug-In Hybrid, which is unchanged for the 2017 model year.