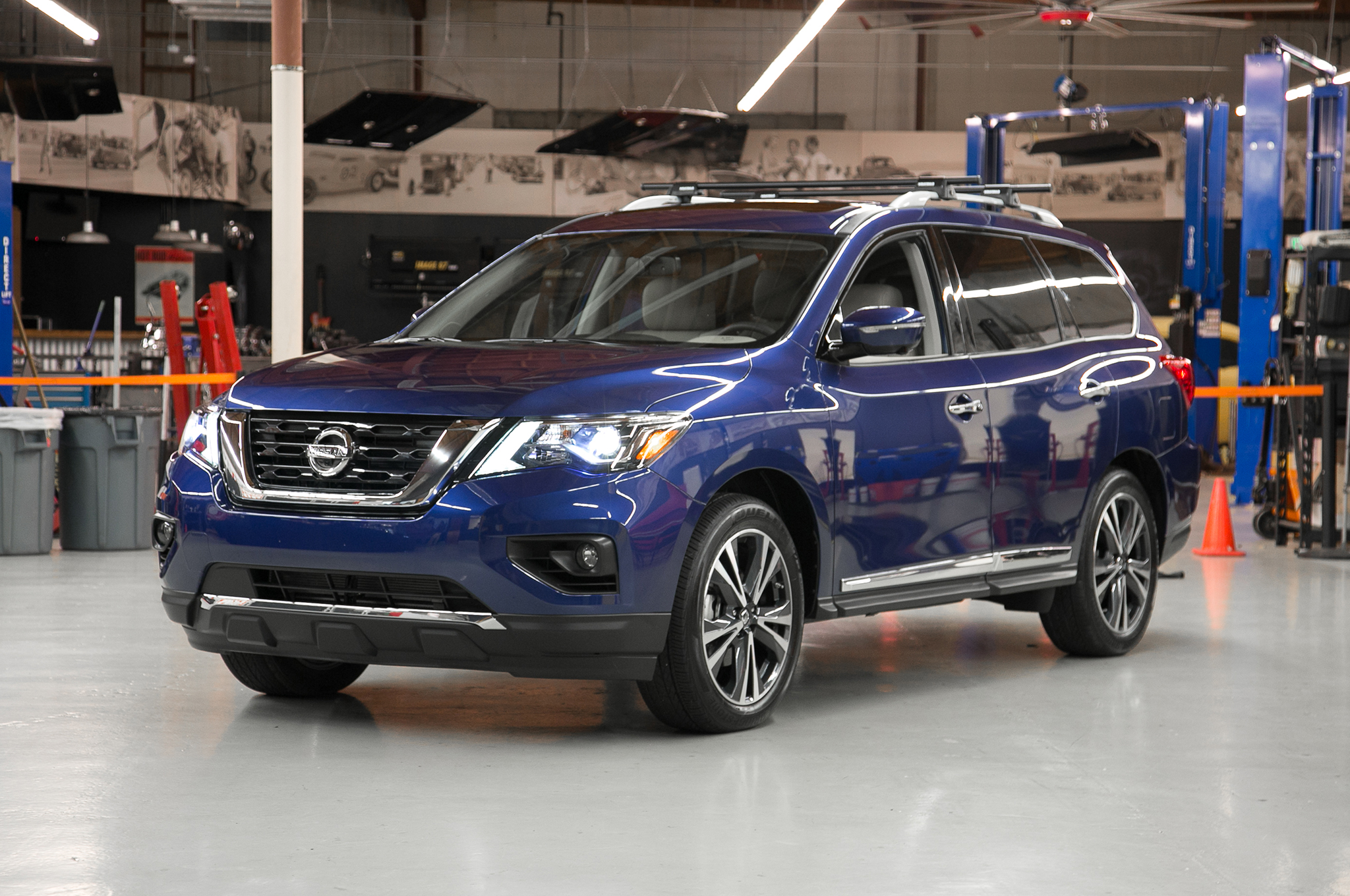 Few vehicles have undergone as much reinvention as the Nissan Pathfinder. After a history that saw it switch from a truck to a car-based utility vehicle and back—again and again—and dabble with hybrid versions as well, the updated 2017 model aims to strike a new balance that the automaker thinks its customers want.

The updated 2017 model retains its unibody construction but the styling gets more aggressive for those who like the idea of the seven-passenger Pathfinder as a capable truck. The hybrid variant, however, is gone with no plans to bring it back.

“It is a tough economic proposition in a vehicle this size,” said Mike Drongowski, Nissan product planner. “If people want a hybrid and are fuel-economy-conscious, they’ll seek a different package,” he said, referring to the popularity of smaller vehicles for hybrids.

The 2017 model goes on sale in September. Pricing has not been announced. It continues to be offered in S, SV, SL, and Platinum trim levels. While this is the 30th anniversary of the Pathfinder, there are no anniversary editions or special badging planned.

The Pathfinder is a vehicle that Nissan has struggled to define.

It originated in Japan in 1985 as the Terrano, a two-door SUV with a body-on-frame construction derived from the Nissan Hardbody compact pickup. It was introduced in the U.S. a year later as the Pathfinder. In 1990, Nissan added a four-door version.

In late 1995, the second-generation Pathfinder switched to unibody construction and featured more rounded styling. It enjoyed a couple face-lifts and grew in size to make room for the smaller Xterra to join the lineup.

Nissan threw another curveball for the third-generation Pathfinder which switched back to body-on-frame for the 2005 model year. A few years later the trucky SUV also got the 5.6-liter V-8 from the Titan full-size pickup.

And, true to form, the fourth-generation SUV went back to unibody for the 2013 model year. It shared its new platform with the Nissan Altima, Maxima, Murano, Quest, and Infiniti JX35 (now QX60). The following year it added a hybrid.

This latest upgrade keeps the underpinnings intact but introduces a new front end and higher hood to give it a stronger, more truck-like appearance.

“Customers told us they like the truck look. If they wanted a minivan, they’d have bought a minivan. The exterior undersold the vehicle’s capability. Now it shows the strength of a truck,” said Drongowski.

The robust appearance comes without the additional weight of ladder-frame construction. Chief Engineer Chris Reed said the 2017 model maintains the same curb weight as the outgoing model despite the heavier, re-engineered 3.5-liter V-6 engine that debuts on the Pathfinder. The engine has the same direct injection gas system found on the larger Nissan Armada’s 5.6-liter V-8.

The 3.5-liter now produces 284 horsepower compared with 260 in the previous V-6 and torque improves to 259 lb-ft, which is 19 more than before. Estimated fuel economy rating is unchanged at 20/27 in city/highway driving with two-wheel drive. The all-wheel-drive system carries over from the 2016 model.