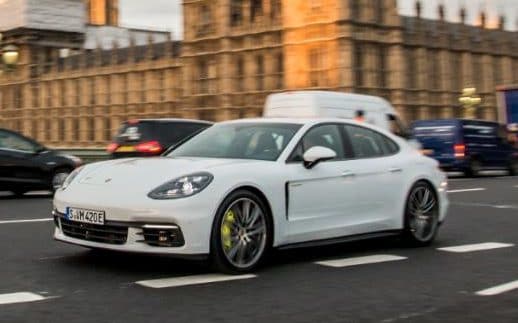 There are three reasons to buy this new Porsche Panamera 4 E-Hybrid, the second such plug-in to challenge this model’s diesel bestseller.

The first is because you’ve bought into Porsche’s pitch for the car. Their way of thinking suggests this is a hybrid like no other and points to technology transferred direct from its 918 Spyder hypercar to prove it. Porsche talks of 459bhp of system power from the 3-litre twin turbo V6 and brand new electric motor, and the fact that said motor will deliver all its impressive torque in an instant, contributing to a healthy 0-62mph of just 4.6sec. This, says Porsche, is a Porsche first and a hybrid second. The second reason is the one many will want others to believe lies behind the purchase. As a hybrid it will be perceived as a somewhat more saintly choice than any other Panamera, particularly those fitted with the diesel engines ill-informed, opportunist commentators and politicians are trying to demonise. A hybrid is a mark of environmental good citizenship in automotive form.

No matter that it uses over 2.3 tonnes of the world’s resources and weighs a staggering 320kg more than the standard Panamera 4, or that you have no more chance of reaching the claimed 88mpg in normal driving than walking up to a random person and guessing their telephone number. The Panamera E-Hybrid is not an environmentally friendly choice, any more than any car powered predominately by fossil fuels, weighing twice as much as a family hatchback.

And so to the real reason. Money. Despite being the least enjoyable Porsche of recent years, the previous Panamera hybrid accounted for 20 per cent of the car’s UK sales. To those with company car tax and congestion charges to pay, and so long as they weren’t racking up vast mileages, the financial argument over the diesel alternative was conclusive. For this new generation Panamera this case is cemented further: despite its extra power, pace, space and space age interior, this Panamera hybrid is actually cheaper than the car it replaces, to the tune of £9000. The shame is that there is no fourth reason, the reason most people have bought most Porsches in the near 70 years of the marque. But the truth is no one should buy this Panamera for the way it drives.

It looks fast on paper, but road its engine is too gruff and coarse to tempt you into the upper reaches of its rev range. It’s a useful overtaking tool, but a device to make the heart sing it is not. The brakes feel odd too: there is no doubting the stopping power but the first 30 per cent of potential braking power comes from the alternator as it regenerates and stores energy that would otherwise have been lost as heat. Very efficient, but it makes the pedal feel odd and slightly inconsistent as, under heavier braking, it devolves responsibility to the immense discs, first at the back alone, then at each corner. Nor is the car much fun in the corners: there is too much mass needing to be controlled and too little steering feel. It’s competent, capable even, but no more. Instead it’s a car you enjoy for its glossy ride, spacious interior and that fabulous facia, but those qualities are available in any Panamera, any one of which will be considerably lighter, better handling as a result and likely to have a far more appealing powertrain.

It’s only truly outstanding in electric mode, theoretically wafting around for up to 30 miles in silence, making it the first Porsche that’s best driven slowly. 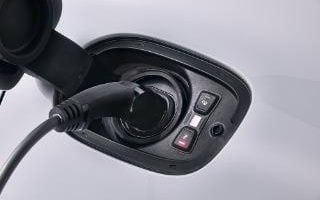 It will be interesting to see how it stacks up against the V6 diesel Panamera due to go on sale before the end of the year. For now though, the Panamera 4 E-Hybrid makes sense on financial grounds alone, and then only for a certain constituency of owners using their cars in a specific way. For everyone else this is that happily rare thing: a Porsche better in theory than practice. And further evidence that the argument in favour of hybrid power for this kind of car remains far from proven.