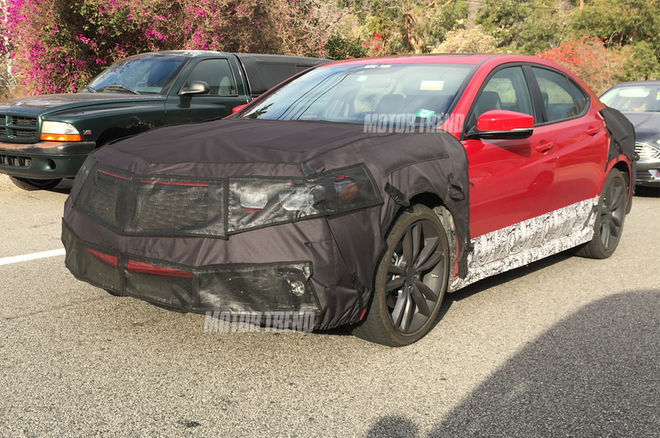 Sometimes, camouflage only serves to accentuate what an automaker is trying to hide. That’s certainly the case with this Acura prototype, which can’t hide its new diamond pentagon grille in these photos.

We first saw this grille design on the Acura Precision Concept, and then again on the refreshed 2017 Acura MDX that went on sale earlier this year. On the camouflaged prototype, which we believe is the refreshed 2018 Acura TLX, this grille contributes to a more athletic front end that we’ve been waiting to see on a production Acura sedan. Headlights keep their narrow, angular shape as before, but this mule has no silver windows and trims like we normally see. The rear holds the box at the top of its big lips, but it seems Acura may have changed the shape of the rear. 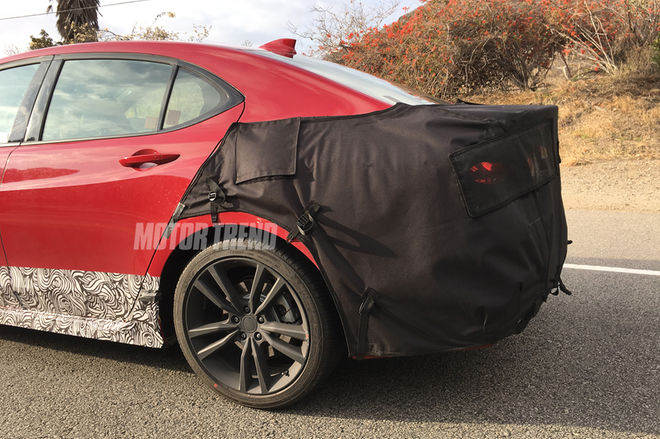 A while back, Acura debuted a production-ready TLX show car with visible exhaust outlets, which could potentially make their way to market because Acura owners have been requesting them. All current Acura models hide their exhaust tips. When the concept debuted, we spoke with Acura Global Creative Director Dave Marek, who hinted that an updated TLX would feature more compelling styling. “The next round of styling will be more premium-brand, performance feeling, and more noticeable,” he said. 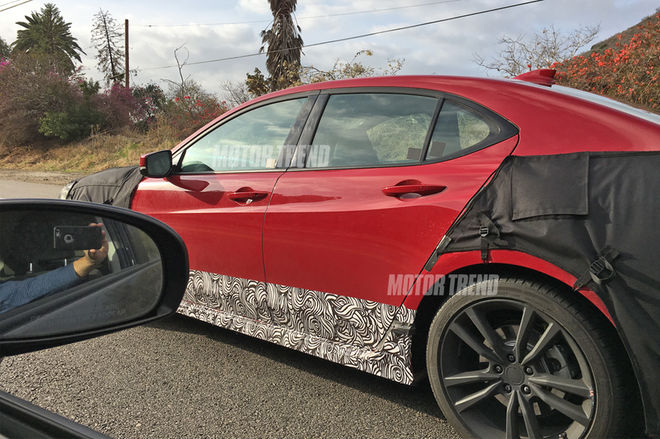