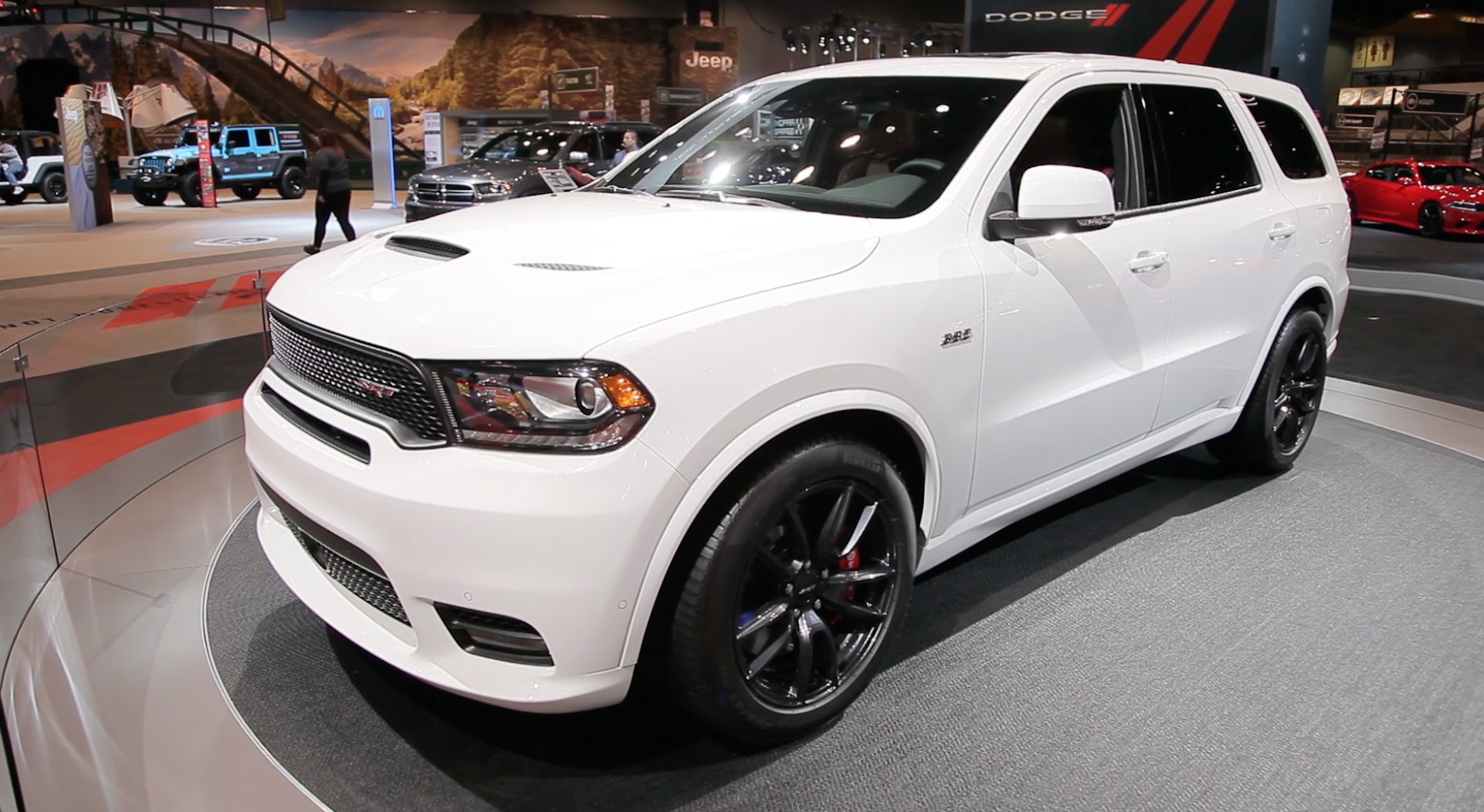 Jeep has the shockingly powerful Grand Cherokee SRT, but its three-row cousin hasn’t had the SRT treatment. Until now.

Let’s start with the important bits, what makes it go: Under the hood sits a 392-cubic-inch, 6.4-liter Hemi V-8 that pushes out 475 horsepower and 470 pound-feet of torque. That power goes to all four wheels via an 8-speed automatic transmission.

Of course, a big engine doesn’t just mean fast performance. The Durango SRT can tow a lot, to the tune of 8,600 pounds.

Visually, well, it’s a Durango that’s been to the gym to get toned. The front has a lot of design cues from the Charger SRT sedan, with lots of air intakes up front, heat extractors on the hood, and big 20-inch wheels hiding massive Brembo brakes with 6-piston calipers up front and 4-piston in the rear, and big, free-hanging exhaust outlets in back.

The Durango SRT’s cabin gets a hand-wrapped dashboard with stitched accents, a flat-bottom steering wheel with paddle shifters, a 180-mph speedometer, and a T-style shifter. There’s seating for seven with captain’s chairs in the second row that fold and tumble to access the third row.

Of course, this is a family vehicle which means safety is paramount. The Durango SRT has all the active tech you expect these days with forward-collision warnings, adaptive cruise control, blind-spot monitors with rear cross-traffic alerts, and a slew of airbags.

Dodge is being coy about pricing and fuel economy, but expect more details as we get closer to production this summer.