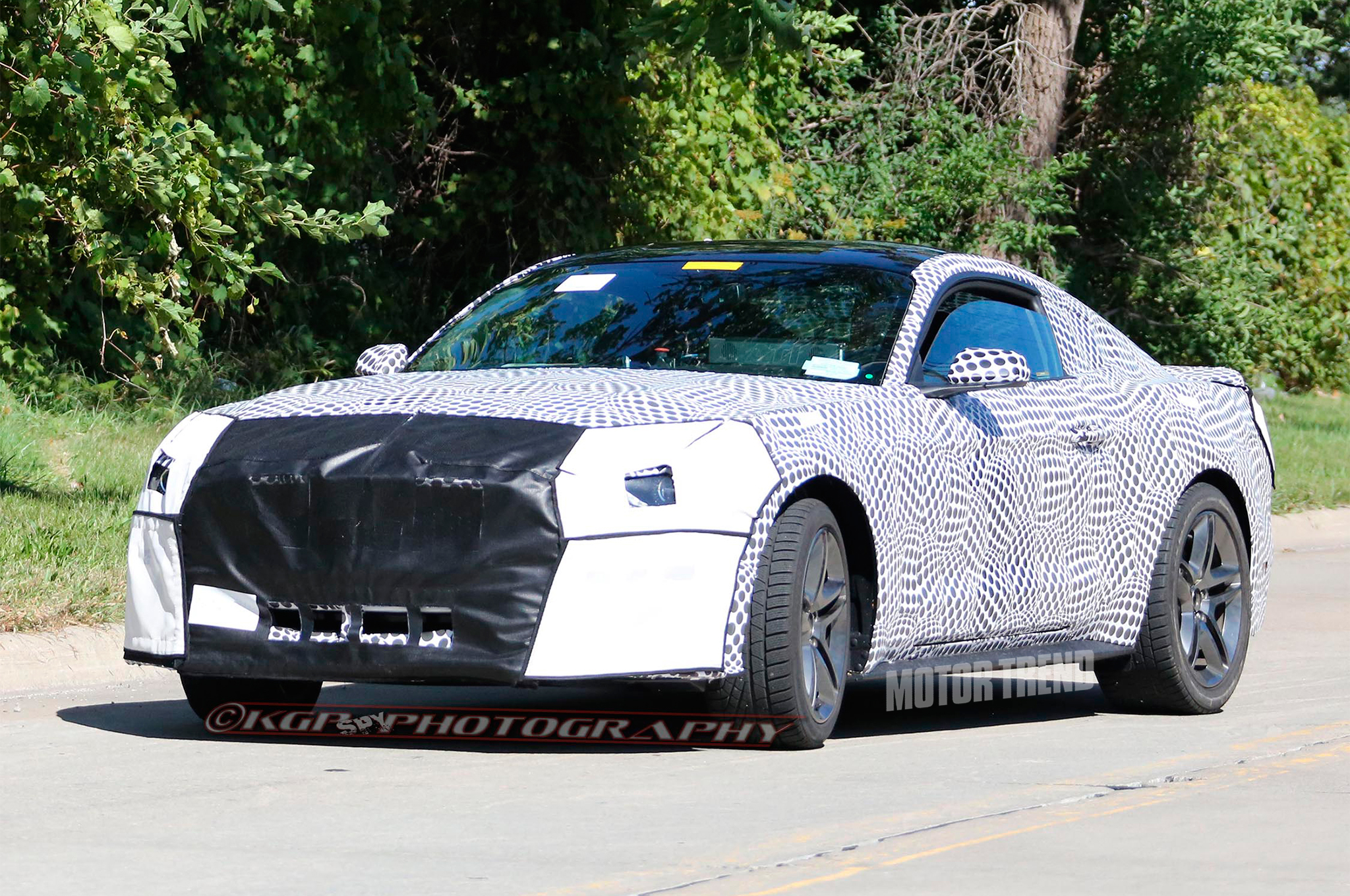 The Ford Mustang is expected to receive its mid-cycle update for the 2018 model year, and our spy photographers recently spotted a prototype roaming around the streets of Dearborn, Michigan.

Thanks to the heavy camouflage, it’s hard to know exactly what Ford is preparing. But these images suggest that Ford may have changed up the headlights and made the grille less pronounced. Out back, the taillights look different as does the rear bumper, which is only partially in place. Unless the camo is misleading us, the license plate surround also takes a new, more enclosed shape.

Visual updates aren’t the only changes rumored to arrive on the refreshed 2018 Ford Mustang. It’s also likely to receive a new 10-speed automatic transmission created from a partnership with General Motors. The 10-speed has already been earmarked for the 2017 Chevrolet Camaro ZL1 as well as the 2017 Ford F-150 Raptor.

Several months ago, we spotted what could have been an S550-based Ford Mustang Mach 1 in Michigan. A video posted online sounded like it may have featured a more robust version of the 5.0-liter V-8 used in the Mustang GT, although the quad exhaust tips hearken back to the Shelby GT350. It’s possible that mule was used to test performance upgrades for the refreshed GT Mustang.

What do you think of these latest Mustang images? Let us know in the comments below.

2018 Ford Mustang Spied on Public Roads for the First Time