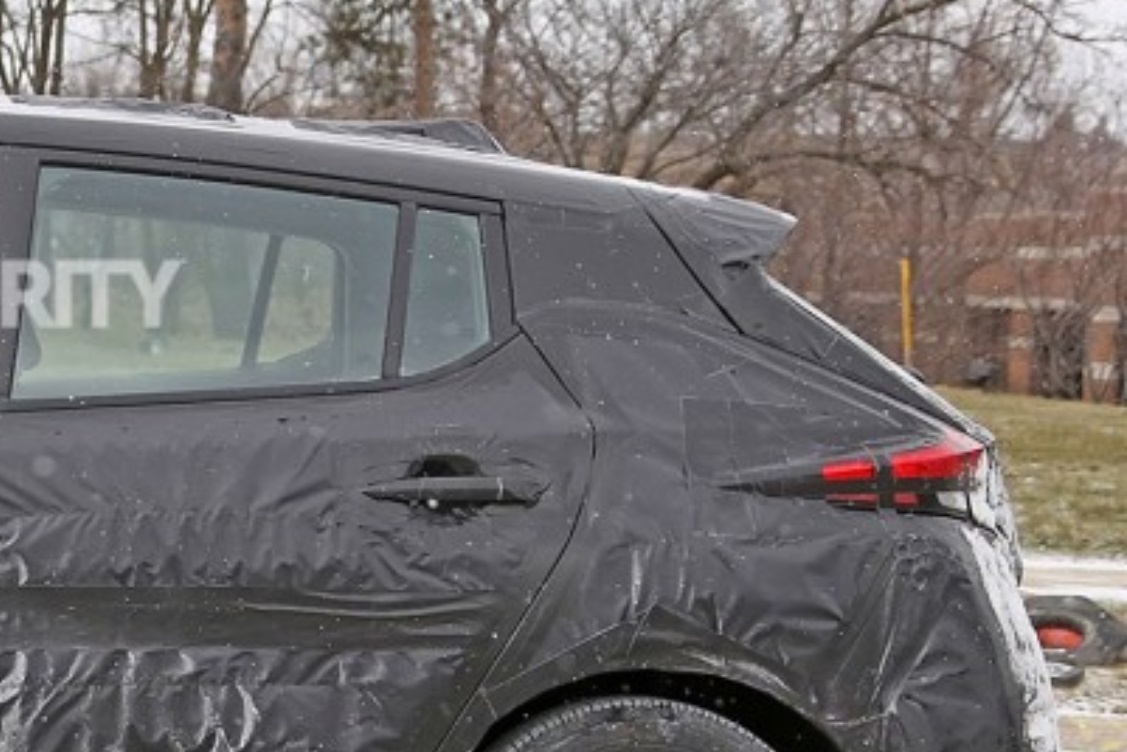 It’s the long-missing member of the trio, the last of three affordable electric cars with 200-plus miles of range expected to go into production this year.

But until now, we’ve heard almost nothing about the 2018 Nissan Leaf.

All we knew was that the second generation of the world’s highest-volume electric car would have more mainstream styling and a version with at least 200 miles of range.

Now the first spy shots of a “mule” test vehicle have emerged.

Ten separate images were published within the last 24 hours on Motor Authority and various other sites.

You can view them all at the link above. 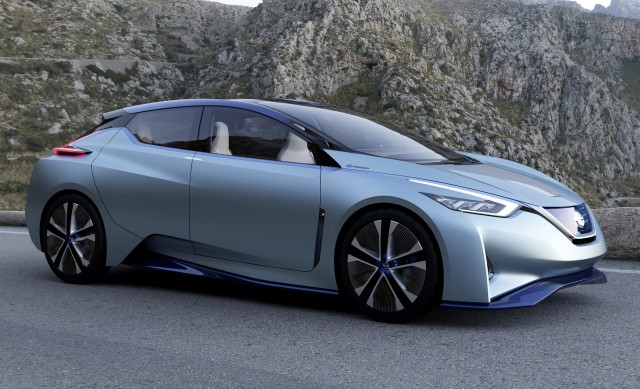 The images show a black development vehicle that appears to have the doors and roof of the current Leaf, but with new and different front and rear styling.

The revised styling is clearly inspired by the Nissan IDS autonomous electric concept car, revealed at the Tokyo motor show in October 2015 (video below).

From the angular headlights and corporate “V-motion” grille on the sharply raked nose to the thin horizontal wraparound taillights, all the cues are there, though toned down.

It also appears the next Leaf could adopt the “floating roof” seen on the latest Nissan models, including the Murano crossover and the Micra subcompact.

Three years ago, Nissan executives said the updated Leaf would have “less EVness” and look more like a conventional car—or at least more like other contemporary Nissans. 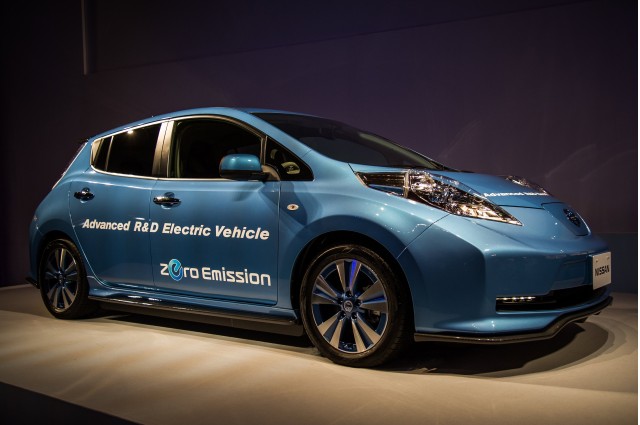 Both are expected to fit into the same volume as today’s 30-kilowatt-hour battery pack, located under the floorpan and rear seat.

The two capacities may well be 40 kwh and 60 kwh, which could produce EPA-rated ranges around 140 and 220 miles respectively.

DON’T MISS: 2018 Nissan Leaf: what we know so far about next electric car

And the Renault Zoe, the subcompact hatchback that is Europe’s best-selling electric car, now has a 41-kwh pack that fits into the same form factor as its original 24-kwh battery.

So we know that the 2018 Leaf will have new and more modern styling, and a choice of two larger batteries.

The new Leaf will also come with Nissan’s ProPilot technology, which permits the car to drive itself on a highway under limited circumstances. 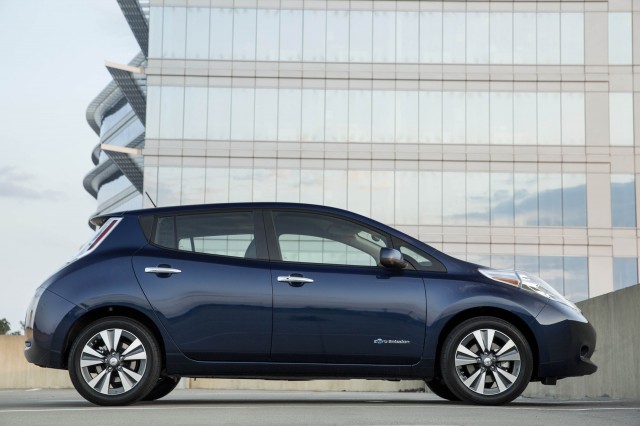 We note, however, that the development prototype shown in the photos has the center section of the existing Leaf, including its doors.

It’s standard practice for carmakers to piece together test mules out of pieces from models being replaced, new powertrains, and parts custom-fabricated for the result.

But a rumor quietly making the rounds last fall suggested that the second-generation Leaf might not be entirely new from the ground up.

It might, instead, be a thorough restyling of the first-generation car (new nose, new tail, and undoubtedly new interior) with larger battery capacities.

Those would give it more range than the 124 miles of the 2017 Hyundai Ioniq Electric and 2017 Volkswagen e-Golf, and let Nissan rival the Chevy Bolt EV’s 238 miles of range.

The unanswered question is whether the next Leaf is a brand-new vehicle, on entirely new underpinnings—or a major update to the original, which dates from 2011. 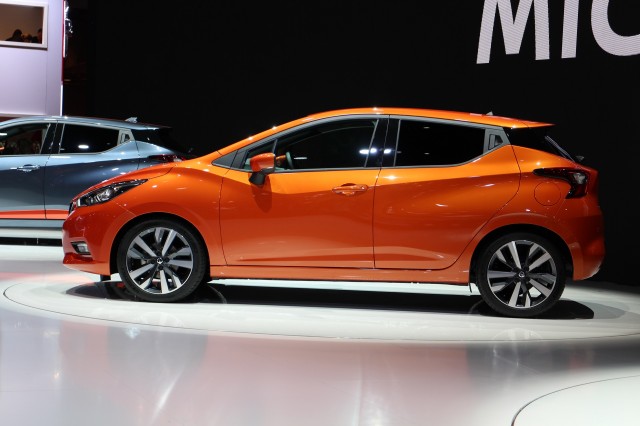 Whatever the 2018 Nissan Leaf turns out to be, the appearance of test-mule photos indicates that it is likely within a year of launching.

We might expect the next Leaf to be unveiled this fall, perhaps at an auto show—Geneva or Tokyo—with the first units arriving in dealerships late this year or very early in 2018.