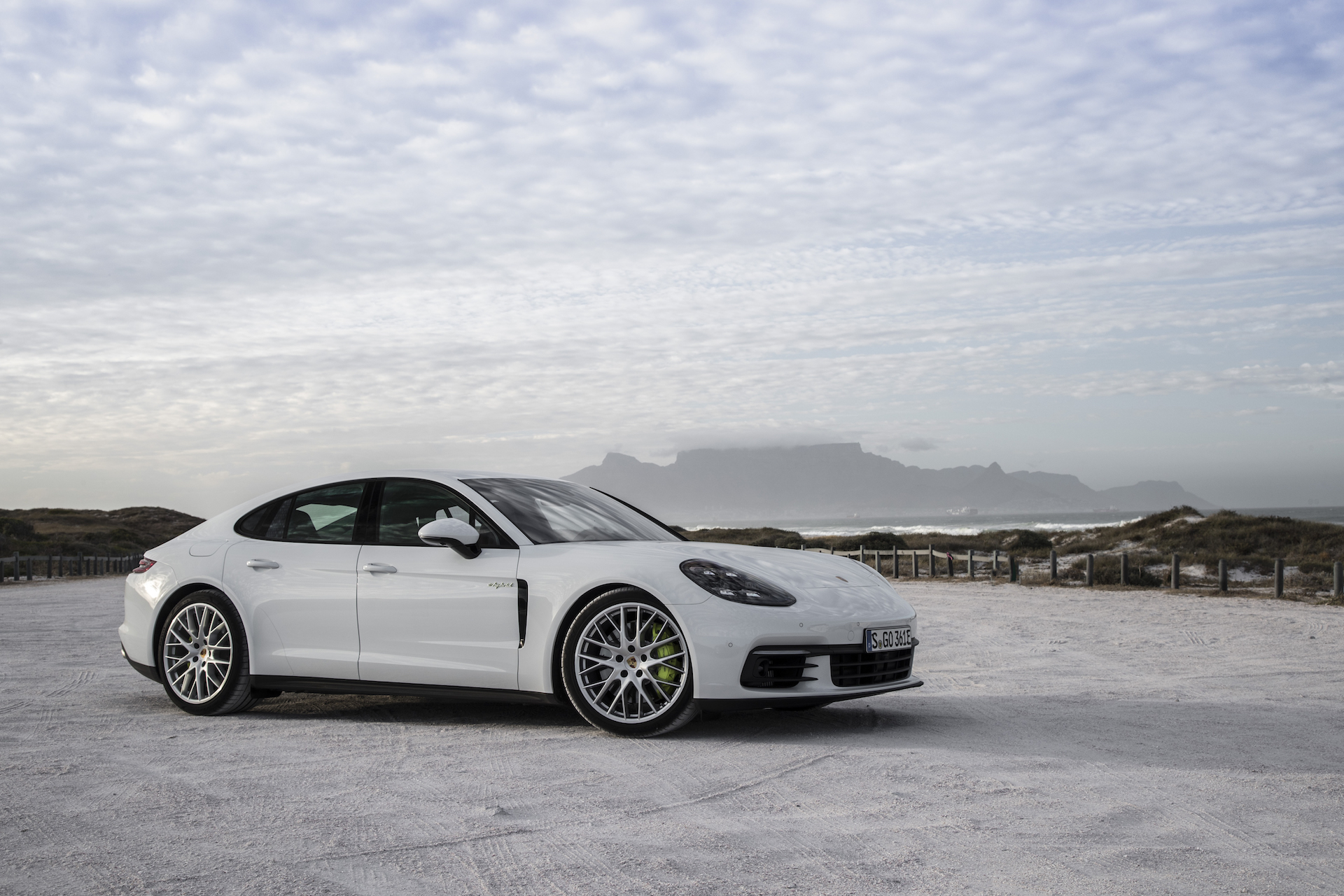 Cape Town, South Africa – The 2018 Porsche Panamera 4 E-Hybrid is an enigma wrapped in the sheet metal of a four-door 911.

It’s a car with incredible power, a lightning quick 4.4-second 0-60 mph time, and a ridiculous top speed of 172 mph. Yet, it’s a plug-in hybrid that can run on electricity alone or be driven efficiently with the motor aiding the engine.

To show off the performance and efficiency of its new luxury sedan, Porsche invited Motor Authority to Cape Town South, Africa, where I tested both sides of the Panamera 4 E-Hybrid’s split personality.

The 4 E-Hybrid is a second-generation Panamera that has the second iteration of Porsche’s hybrid powertrain. It replaces the Panamera S E-Hybrid and, as expected, all the technology takes a step forward. 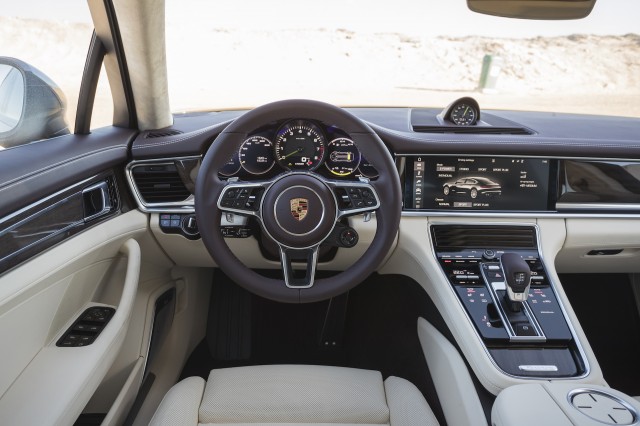 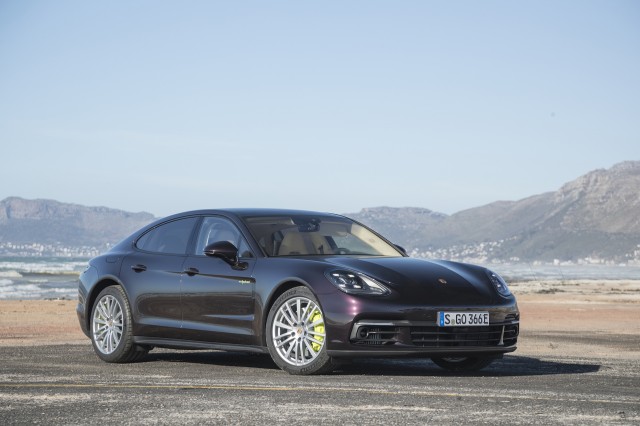 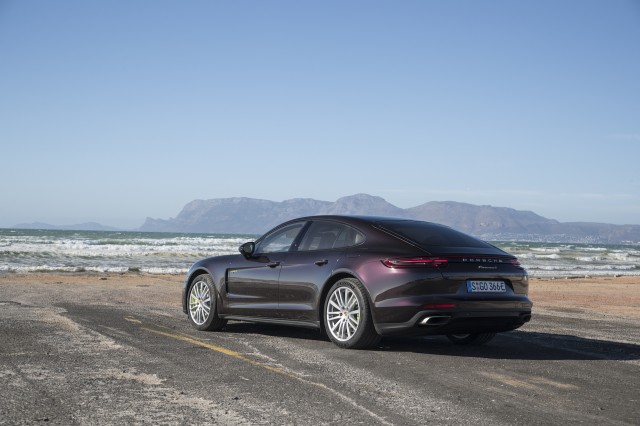 It starts with the engine. A new Porsche-developed twin-turbocharged 2.9-liter V-6 replaces an Audi-sourced 3.0-liter supercharged V-6. The turbos are located in the “hot V” between the cylinder heads on top of the engine. This is the same engine that makes 440 horsepower in the Panamera S model, but the turbos are smaller and it makes 330 hp and 331 pound-feet of torque in the hybrid. The last engine produced 333 hp and 325 lb-ft. 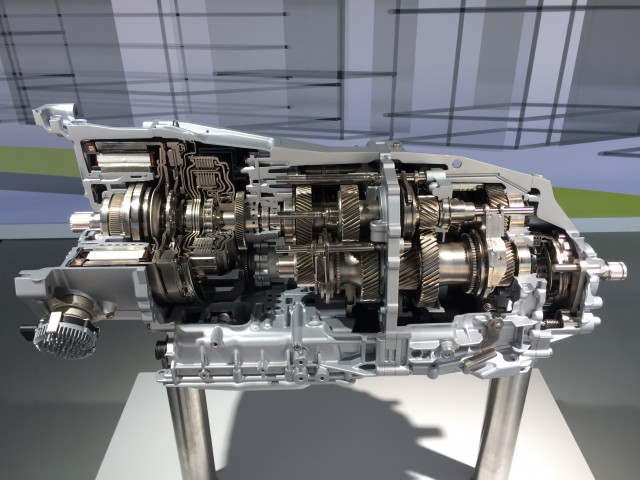 Behind the engine is an electric motor. Instead of being wedged between the engine and transmission, it is now located within the transmission, which changes from an 8-speed automatic to a new 8-speed dual-clutch transmission or PDK (Porsche Doppelkupplungs Getriebe). The motor increases from 95 hp and 229 lb-ft of torque from the last time around to 136 hp and 295 lb-ft this time.

Feeding the motor is a 14.1-kwh lithium-ion battery located in the trunk. Physically, the batteries take up the same amount of space, but this year’s version packs 49 percent more power than the 9-kwh version in the outgoing model.

Porsche says the new, larger battery allows the Panamera 4 E-Hybrid to drive for 50 kilometers on the New European Driving Cycle. That translates to 31 miles, but U.S. testing procedures are more stringent, so we shouldn’t expect a one-to-one relationship. However, we do know that the 9.4-kwh battery delivered 15 miles of electric range. Add another 49 percent to that number you should get about 22 miles of electric range this time around.

Porsche says the battery can be charged in 12.5 hours on a standard 110-volt outlet. Opt for the available 240-volt charger with its 7.2-watt capacity and the charge time falls to 2.4 hours.