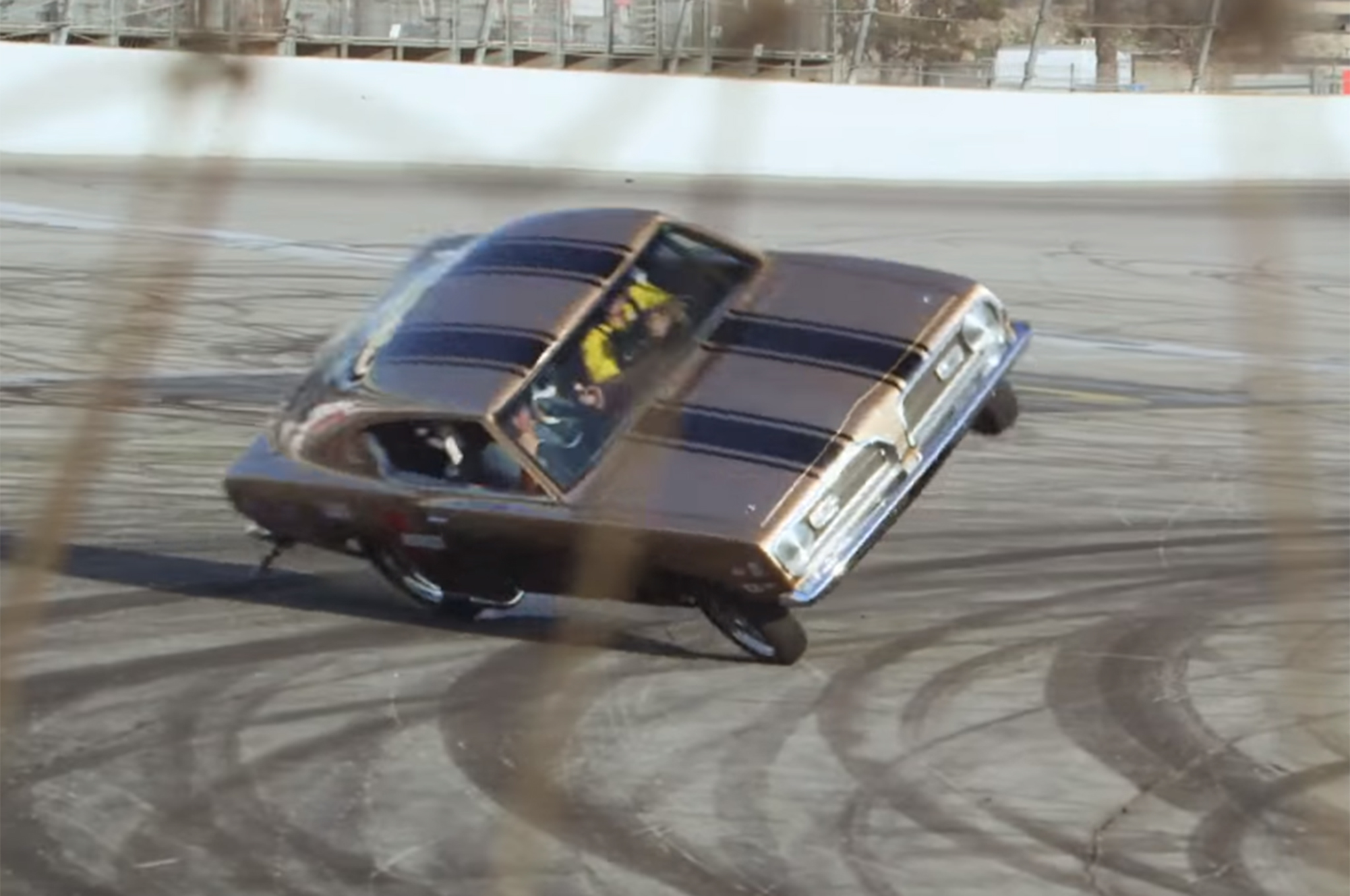 Stuffing 2,500 hp into a car is either a brilliant idea, or a terrible one. Legendary car guy and funnyman Jay Leno experienced the pitfalls of 2,500 hp when he rode alongside 80-year-old Bob Riggle in a vintage rear-engine drag car.

Between 1965 and 1975, Hurst campaigned heavily-modified Plymouth Barracuda racers on drag strips around the nation. Each ‘Cuda sported a rather unconventional drivetrain, far removed from your neighbor’s ‘Cuda that rolled from the showroom floor.

Under the rear window of each of these cars lay a mighty 7.6-liter (468 ci) big-blog Chrysler Hemi. This monstrous engine sent 2,500 hp to the massive rear tire. As you might imagine, having such a rear-biased weight distribution caused some insane front-end liftoff during launch. How much lift-off? Well, let’s just say without the wheelie bar in the rear, the back bumper would scrape after every launch.

Aiming to check off one of his bucket-list items, Jay Leno met up with original Hemi Under Glass driver Bob Riggle for a ride-along in a faithful replica of the original car. The run begins smoothly enough, but after the first two-wheeled launch, as the ‘Cuda coasts back on all-four wheels, Riggle turns the car in sharply to the left. The meaty drag slicks dig into the rough pavement, and the car rolls and flips, thankfully landing right-side-up. Skip to the 3-minute mark if you just want to see the epic roll.

The car’s safety roll cage and harnesses ensured that no one was injured. The same cannot be said for the car, however, as the body took quite the beating from the rollover. The car’s rear-mounted engine escaped unscathed, so it is safe to say it will run down more drag strips in the near future.

Given that no one was injured, spirits were higher than you might imagine. “That was the second wreck in 50 years of running this car.” Riggle will likely rebuild it. “It will need a new body,” he said. There’s a fine line between brave and crazy, and he’s riding it.