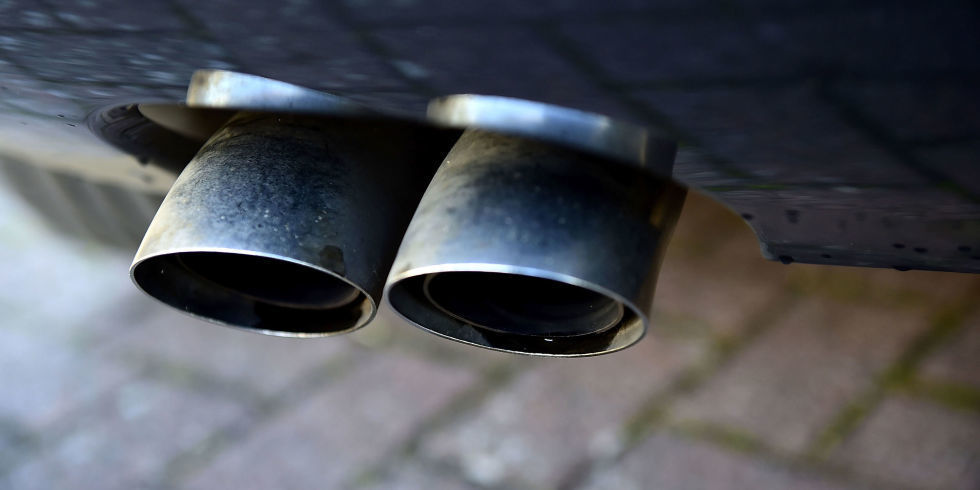 In the ensuing months, nearly every other major automaker worldwide has come under increased scrutiny regarding real-world vehicle emissions and fuel economy—and some of what’s been discovered seems a little bit shady. It seems Volkswagen wasn’t alone in trying to outsmart regulators.  When Volkswagen’s emissions-cheating software was discovered in September of 2015, it rocked the auto industry.

Here, then, is a brief update on the many alleged emissions and fuel economy irregularities uncovered since the VW TDI fallout. We have a hunch this is just the tip of the iceberg.

General Motors’ German brand came under fire in mid-May of 2016, after a joint investigation by German news magazine Der Spiegel, ARD television program Monitor, and the environmentalist group Deutsche Umwelthilfe discovered software on diesel-powered Zafira minivans and Insignia sedans that turns off emissions controls during real-world driving. Opel CEO Dr. Karl-Thomas Neumann released an initial statement denying “any illegal software” and insisting that “our engines are in line with the legal requirements;” later, Opel published a lengthy and in-depth statement explaining why the software discovered by the investigation is technically legal.

And astoundingly, while the software does indeed turn off the affected vehicles’ emissions controls in most real-world driving scenarios, as Bertel Schmitt points out at Forbes, the software is likely to be found 100-percent compliant with European Union laws.

That’s because E.U. law allows automakers to program their emissions controls to deactivate when necessary to protect the engine from harm. And it allows the automakers to define for themselves what counts as a protective shutdown. So Opel’s affected diesel vehicles shut off all emissions controls at ambient temperatures below 20C (68F), or above 30C (86F), or at speeds over 145 km/h (90 mph), or engine speeds more than 2400 RPM, or at elevations higher than 850 meters (roughly 2800 feet). As Schmitt points out, Opel has a plausible-sounding explanation for each of these parameters—but coincidentally, Opel and every other automaker knows that E.U. emissions testing occurs at ambient temperatures between 20C and 30C, at speeds below 145 km/h, with engine speed never exceeding 2400 RPM; they also know that the highest elevation of an E.U. testing facility is at roughly 800 meters.

The fact that the vast majority of real-world driving would trigger an emissions control shutdown? Irrelevant, says Opel: “Our engines are in compliance with the legal requirements.”

While GM’s German branch is being closely scrutinized for diesel emissions in Europe, here in the U.S. the giant automaker has a bit of a fuel economy issue on its hands. It was discovered that the 2016 Chevy Traverse, GMC Acadia, and Buick Enclave were all sold with window stickers that indicate fuel economy ratings a full two MPG better than the EPA’s official numbers. GM blamed the issue on “improper calculations,” and put a temporary stop-sale on inventory of affected vehicles until corrected window stickers could be printed. For owners who purchased the mislabeled vehicles, GM is offering up to $900 in make-good money or a free extended warranty to make up for the calculated lifetime cost associated with a two-MPG drop in fuel economy. The action is expected to cost GM approximately $100 million.

In February of this year, a group of U.S. Mercedes owners filed a class-action lawsuit, alleging that the automaker’s BlueTEC diesel-powered vehicles shut off their emissions controls in real-world driving. A second class-action suit filed in April characterized the software as a “defeat device” akin to Volkswagen’s TDI cheat. Both suits allege that Mercedes BlueTEC diesels, which use a costly and complex urea-injection system to combat diesel NOx emissions, shut down at ambient temperatures below 50F. Mercedes-Benz parent company Daimler characterizes this as a necessary measure to protect the engine—the same justification Opel is currently using in its own diesel saga. At the request of the U.S. Department of Justice, Daimler has launched an internal investigation into its certification process for U.S.-market diesel engines.

Fiat recently found itself in an emissions imbroglio over the European-market diesel-powered 500X. It’s similar to the Opel situation, but with trademark Italian flair and brashness.

Late in April, German news outlet Bild am Sonntag reported that Fiat’s 2.0-liter diesel-powered 500X almost entirely shuts off its emissions control devices after 22 minutes of driving. German environmental activist group DUH, which claims to have uncovered Opel’s shutoff software, says a diesel 500X it tested put out between 11 and 22 times the legal limit of NOx emissions when tested with a warm engine.

As Bertel Schmitt points out at Forbes, the seemingly rudimentary nature of Fiat’s emissions workaround could be its undoing. While Opel’s many narrow parameters seem to ensure that its diesel vehicles will shut off emissions controls in most real-world driving scenarios, they give the automaker some plausible deniability, with a robust-sounding engine-preservation explanation for every shutdown scenario. Fiat’s 22-minutes-and-done strategy probably doesn’t provide for such fine-tuned answers.

It also doesn’t help that Fiat representatives flat-out refused to attend a meeting with German Transport Minister Alex Dobrint on May 19th to discuss the real-world emissions findings—though the automaker won the support of Italy’s Transport Minister, Graziano Delrio, in the process.

Fiat Chrysler, of course, maintains that its vehicles do not carry defeat devices, and that its products are legal under E.U. rules even if real-world emissions output doesn’t match lab findings.

What started out as a Japanese-market MPG miscalculation seems to have helped ease Nissan’s recent purchase of a 34-percent controlling stake in the automaker for $2.2 billion. The curious part is, Nissan was the whistleblower that uncovered Mitsubishi’s fuel economy deception.

It began small enough. Late in April, Nissan revealed that Mitsubishi had been artificially boosting its official fuel economy ratings by up to 10 percent by overinflating tires during testing. At first, the act was thought to only affect about 600,000 Japanese-market kei-cars, tiny city vans with 660cc engines—470,000 of which were built by Mitsubishi but sold with Nissan badges.

Things unfolded from there. Within a week, Mitsubishi admitted that the fuel economy deception reached all the way back to 1991, a systematic effort affecting untold millions of vehicles. By mid-May, the Japanese automaker announced that President Tetsuro Aikawa would resign, along with Executive Vice President Ryugo Nakao. But at that point, Nissan had already secured its 34-percent controlling stake, likely at a steep discount: Right before Nissan made its move, the news of the fuel economy deception had gutted Mitsubishi’s market value by roughly half.

Meanwhile, French rival PSA, maker of Peugeot and Citroën, faced near-identical antifraud raids by the same agency in April, triggered by similar real-world emissions test findings. France’s antifraud office, known as DGCCRF, set up a commission in October 2015 to test 100 vehicles produced by that nation’s auto industry in response to the discovery of Volkswagen’s TDI cheat. Both Renault and PSA claim to be cooperating with authorities.

This is by no means a complete list: Independent investigations in Europe have found that nearly every diesel-powered vehicle emits far more in real-world driving than in government-designed testing scenarios. Volkswagen’s test-cheating software may have brought the issue to the forefront, but the result has been increased scrutiny of nearly every major automaker, and not just for diesels. As time goes on, we expect environmental groups and governments alike will continue to probe how automakers use legal loopholes, creative interpretation, and all-out deception in the emissions and fuel economy realms. We’re not nearly out of the woods yet.