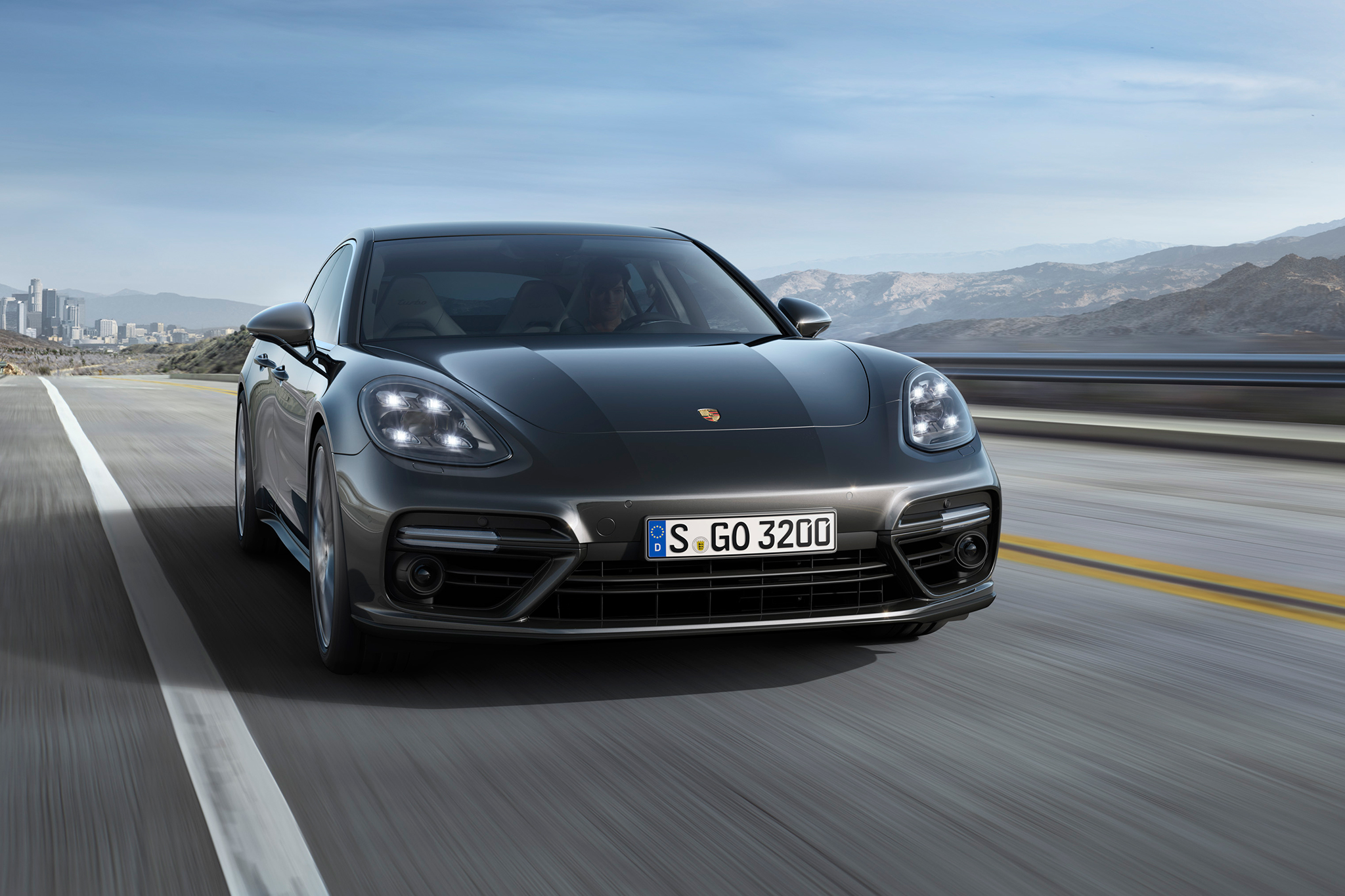 With the well-earned exception of the 918 Spyder, the hottest version of any Porsche you can buy says “Turbo S” on the back of it. In the future, though, that may not always be the case. Thanks to the 918’s high-performance hybrid technology, the fastest trim levels of future Porsches are going to have the word “hybrid” pasted to them, starting with the Panamera.

The Panamera Turbo S, of course, isn’t going anywhere. After all, it wouldn’t be Porsche if they reduced the number of model variants. If you drooled a bit on the pictures of the all-new Panamera, you might’ve obscured the Turbo S badging on the car. It’s here, it should have 580 hp to give it a nice bump over the 550-hp Turbo, and it’ll drive circles around many a performance sedan (the non-S Turbo did a 7:38 on the Nürburgring Nordschleife, same as a 997 GT3 RS). Then it’ll run and hide when its big brother arrives.

Described to us as a 918 with a back seat, an even-faster Panamera is coming soon. Matching the Panamera’s twin-turbo 4.0-liter V-8 with the 918’s hybrid technology will yield power output in the ballpark of 700 hp and torque likely around 800 lb-ft. Our source doesn’t know the final name yet, but we’re guessing something logically German like Panamera Turbo S Hybrid. Or maybe they’ll give it a number like they did the Boxster (928 has a nice ring to it).

This won’t be the only hybrid Panamera, though. The standard supercharged V-6-powered Panamera S Hybrid will make its return in the near future, and its job will still be to get better fuel economy than the rest of the model line.

In a funny way, hybrid technology will bookend the efficiency spectrum of the Panamera, and you can bet your bottom Euro the future of more Porsche models will look very similar. The obvious next candidate is the mechanically similar Cayenne SUV, but expect the technology to make its way into the sports cars, too. Rumors are already circulating about a hybrid variant of the next 911. Bank ‘em, because it’s only a matter of time.