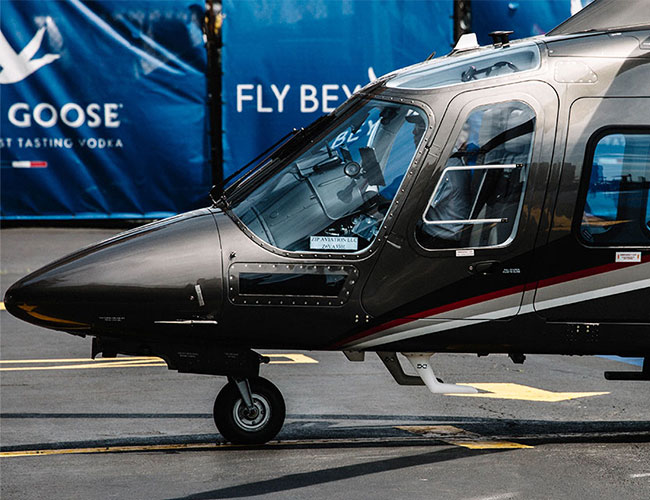 There’s an App for A Helicopter to the Hamptons

BLADE, formed in 2014, is something akin to an Uber for helicopter travel, offering flights out of Manhattan to the Hamptons, Montauk, the Mohegan Sun Casino and Nantucket. It works as an aggregation of other helicopter services like Liberty Helicopter, Zip Aviation and Analar Helicopter that can be booked on BLADE’s app. Flyers use the app to either (a) purchase a seat on an existing flight or (b) charter an entire flight and “crowdsource” remaining seats to other passengers, in effect allowing the charterer to only pay for the cost of their own seat.

At East 34th Street, resting just under the FDR and flanked by rows of parked cars is a dark, double-wide trailer. Though at first glance it’s nothing glamorous, inside rests a luxuriously appointed terminal where New York’s well-to-do to escape from the city in on the quickest, most opulent way imaginable: a chopper.

“We had a clear vision that a strong mobile technology would be the perfect platform for the crowdsourcing of helicopters and seaplanes, serving to dramatically reduce the price of short-distance aviation,” said company founder Rob Wiesenthal. Around $600 will get you a seat on a chopper that will get you to the Hamptons in about 40 minutes. The ability to buy a single seat is part of what makes BLADE a smarter way to helicopter out of the city — most other services require chartering an entire aircraft, which normally costs thousands of dollars.

But there’s more to BLADE than just the helicopters. It comes back to that double-wide trailer: inside rest two large sofas, aluminum-backed leather chairs, vintage magazines, books and, of course, an open bar. Even the outfits worn by Blade’s employees are modeled after the Pucci uniforms donned by Braniff’s flight attendants during the 1960s. It’s a far-cry from the boring, nearly clinical waiting areas of other heliports and airports. “We sought to recreate the golden age of aviation, when you dressed up to travel,” said Wiesenthal. “People arrive an average of 45 minutes before takeoff to enjoy a highly stylized environment.”