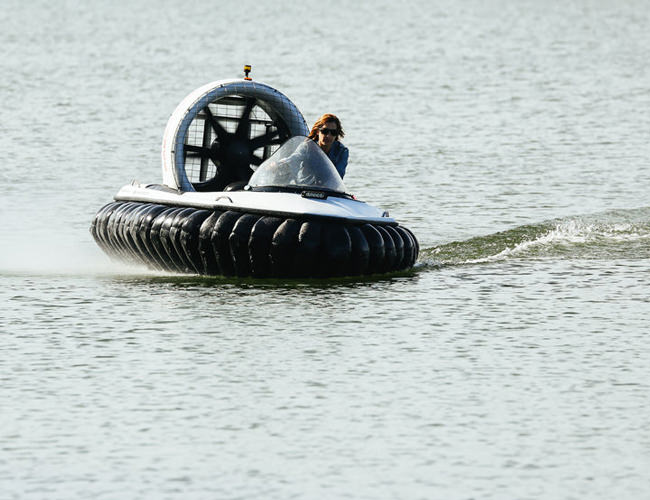 Give You A Military-Inspired Hovercraft, for $32,000

Sunday mornings, Dirk Vanderbilt would open up his third car garage door, roll out a trailer, offload a hovercraft, turn on the engine. The machine would lift off the ground, then Dirk would shoot down the asphalt, doing 360 spins and causing a whir across the manicured lawns. He’d float by a few times, pulling tranced neighborhood kids like a pied piper with a gigantic fan. How Dirk came by this hovercraft or what purpose it served was a mystery; masked in this intrigue, the thought of hovercraft stuck around in my mind long after Dirk sunsetted his Sunday runs. On the suburban street where I grew up, every few weeks a levitating monster lurked over the black asphalt, blowing up a small tornado and calling alarm to all the neighborhood dogs.Oris Replica

Thing is, there’s no real purpose to a civilian hovercraft. The machines in toto float in a blurry space between rigidly utilitarian and completely frivolous, passing between hard definitions as easily as they pass from land to water. As odd amphibians, hovercraft live on two ends of the market spectrum: toys for the yachting-type looking to joyride from Mediterranean anchor to shore, and survival vehicles for rescue crews, who need a vehicle that can handle river currents (which hovercraft float over), operate on thin lake ice, and handle any other chore neither a dedicated land-based or water-based machine can withstand. 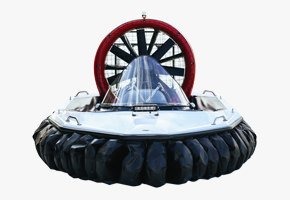 A Rockford, Illinois company has a corner on this small market, and I met with a representative from Renegade Hovercraft outside of Miami to give the Renegade IQ a test drive. He’d just left the bougie Miami Boat Show, and later that day was heading to meet with Chilean miners, recent buyers of hovercraft who intend to traverse lakes that gather in the mines. We met at a still, freshwater lake just north of the city, and he and a partner carried the Renegade off a trailer (at a claimed weight of 355 pounds, it’s easily lifted) and dropped it on shore. After firing up the engine he let the machine warm up, then turned up the throttle; the bags filled with air, and he took the craft out for a spin.

Downwind, the Renegade IQ can reach up to 50 mph, but for most of this journey, it cruised around the 15-30 mph range. Sitting in the driver’s seat, adrenaline spikes come from pulling 360-degree spins, spinning balletic over the water in perfect circular pirouettes. In calm, slow corners, the craft drifts over the water, its 35-horsepower engine pushing out a small wake behind. As for things the curious ought to know: hovercraft are loud (given the engine and the gigantic fan), hovercraft are cruisers (compared to their high-speed compatriots, personal watercraft), and hovercraft are most fun when transitioning from land to water and back again. After a few 360’s, the interest in nautical gymnastics wanes. But the transition points, in seeming defiance of logic, never grow old.

Renegade’s parent company, Universal Hovercraft, doesn’t simply make joyriders. They have their search-and-rescue craft, the 19XR-SAR ($69,000); their flying Hoverwing ($190,000); and the 19XR Sport ($94,000), which can reach speeds up to 75 mph. The technology from those machines trickles down into the consumer-facing Renegade, including the carbon-kevlar hull (better than fiberglass, as it won’t break when coming in contact with something hard, like a rock or a shore) and individually inflatable bags on the skirt, which are easily replaced (and if one or two blows or get cut, the craft won’t be lopsided). And while the Renegade is the smaller sibling, where it lacks function, it adds fun. On a balmy Miami morning, in a stiff downwind, hair in the breeze and the big fan behind, this Everglades-swamp-boat-meets-South-Beach-yacht met all the fantasies that’d percolated for two decades. I, at the helm, beamed the same locked-on grin that Dirk once had as he drifted down his driveway and away down our street.