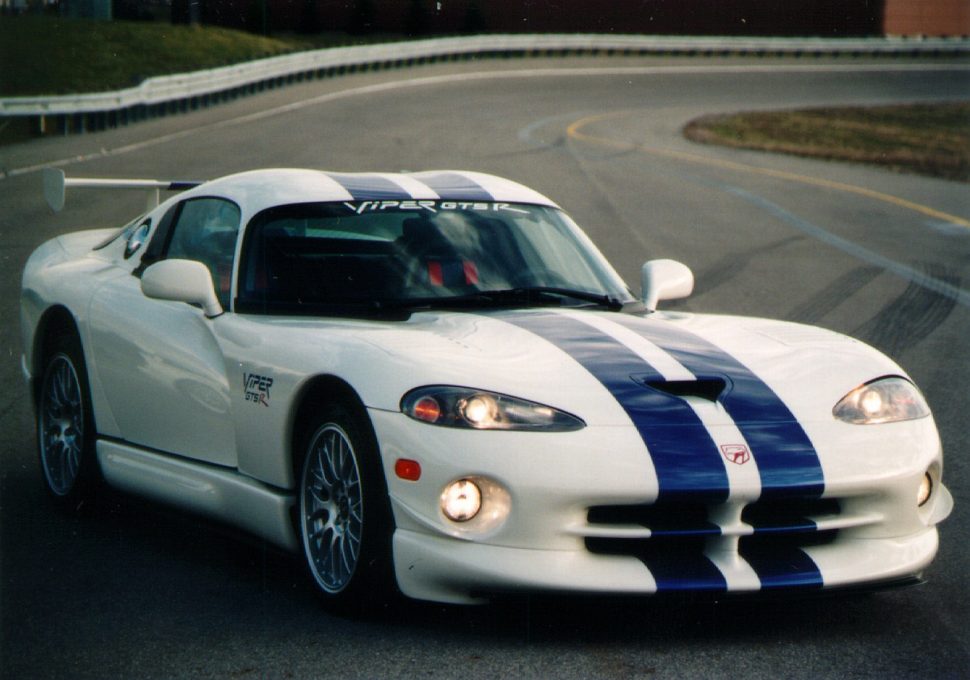 It began as a design exercise by Chrysler’s Advance Design Studios in 1988, and would have ended there if not for Bob Lutz’s crazy idea to build a Shelby Cobra for the modern age.

Put into production for the 1992 model year, the Dodge (and later SRT) Viper soldiered on, gaining a coupe and adding horsepower, until its first execution in July of 2010. Reborn for the 2013 model year, the much-improved Viper failed to charm consumers, and a quarter-century after its debut, Dodge has once again announced the end of Viper production, this time in 2017.

The Viper has long been proof that “because you can” can sometimes be sufficient justification for building a halo sports car. From its very inception, the Viper was a single-digit salute to the automotive norm, featuring styling and colors as outlandish as the performance served up by its 8.0-liter V-10 engine. In 1992, when a base Corvette served up 300 horsepower and the ZR1 made 375 horsepower, the Viper rounded up to 400 horsepower and 465 pound-feet of torque, enough to propel the roadster from 0-60 in 4.5 seconds, on the way to a top speed of 165 MPH. Though not specifically built for drag racing, the Viper was no slouch here, either, getting through the quarter-mile in the high 12s at a trap speed approaching 114 MPH.

Over the years, the Viper got faster, retaining its V-10 powerplant but upping displacement to 8.3-liters in 2002 and 8.4-liters in 2008. By the time the model was killed off for the first time, in 2010, output had been raised to 600 horsepower and 560 pound-feet of torque, enough to give the coupe a top speed in excess of 200 MPH, with the roadster topping out at 197 MPH. Despite this capability, the model offered no concessions to ham-fisted driving such as stability control or traction control.

Still, the Viper never deserved the unforgiving reputation it was often painted with. After lapping a 2010 Viper coupe at Miami’s Homestead Speedway, I was left with the impression that the Viper is really just a super-sized Mazda Miata; tell the car to do something, and that order is carried out with all due haste. Give the car a bad command, and the result is likely to be unpleasant. Like the Miata, the earlier Viper is a car that rewards good driving; the penalties for non-compliance, however, can be a bit steeper than those dished out by the Mazda.

Four of the five 2017 Viper special editions, marking the end of the car’s production.

The current generation of Dodge Viper, launched in 2013, is far more polished than the original, but with 645 horsepower and 600 pound-feet of torque on tap, it’s no less raucous. Now blessed with a full suite of electro-nannies, today’s Viper is much more forgiving of driver error, but no less entertaining to drive on a track. The shifter no longer requires brute force to engage gears, and the brakes are simply the best I’ve ever experienced on a modern production vehicle. If I had a nit to pick with the car, it would be pedal placement; while I enjoy heel-toeing a car as much as anyone, the Viper all but requires this technique on manual transmission cars due to the narrow spread of the brake and gas pedal. Wear driving shoes, or prepare to roll on the gas every time you step on the brake in a six-speed Viper.

It’s sad, then, that the public isn’t buying the new Viper. Blame it on a struggling economy, or perhaps pricing too heavily influenced by FCA’s other sports car brand, Ferrari. Whatever the reason, after price reductions and work stoppages at the Viper’s Conner Avenue Assembly Plant, supply is still outstripping demand, and with books to balance, it no longer makes financial sense for FCA to build the car. As in 2010, the Viper will be sent off with a slew of special editions (five in total, including a few based on the last end-of-production special editions), but this time there isn’t likely to be a stay of execution.

If you’ve ever been lucky enough to drive a Viper, chances are you’ll miss them as much as I will.