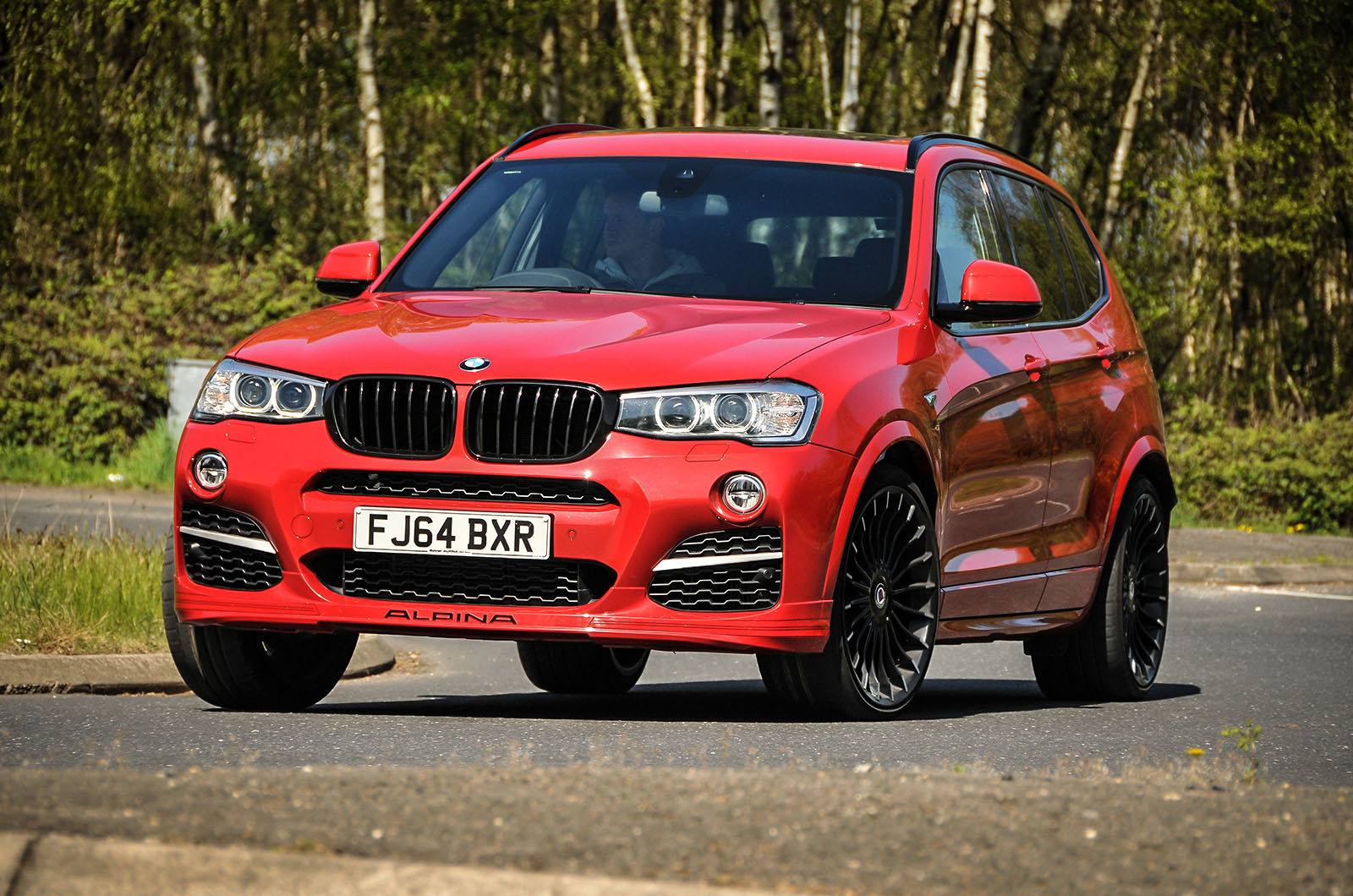 There was a time, not long ago, when the idea of Alpina producing an SUV would have forced the firm’s owner, the distinguished Herr Burkhard Bovensiepen, to spit out a glass or two of his delicious wine in disgust.

Alpina is about rapid touring – effortless speed mixed with comfort. An SUV? Not a chance.

These days, though, the global market for crossovers means that not even the small family firm from Bavaria can afford to ignore a model with a raised driving position.

Hence the XD3, the X3-based model that impressed us so much when we first tested it, is now back in facelifted form as the X3 itself, so it’s time for another look. The styling has changed a little, with redesigned front and rear bumpers, headlights and double-kidney grille, and the cabin gets chrome highlights and improved materials.

What hasn’t changed is the exclusivity. Perhaps to emphasise that this is a step beyond Alpina’s ‘core’ line-up, just 150 XD3s will be produced this year – and only 14 of them will be sold in the UK.

The XD3 is every bit as beguiling as the pre-facelift edition. It uses Alpina’s retuned version of the BMW 3.0-litre straight-six twin-turbodiesel, ramped up to a heady 345bhp and a whopping 516lb ft between 1500rpm and 3500rpm.

It offers a huge surge of initial performance – enough to haul the not-insubstantial XD3 to 62mph in 4.9sec, claims Alpina – but is equally happy to be revved out beyond 4000rpm as you nudge towards a top speed of 157mph. It’ll even give you a pleasing exhaust note while it does it – no mean feat for a turbodiesel. Oh, and did we mention the CO2 emissions are 174g/km? Real-world economy of 35mpg should be more than achievable.

Alpina has worked with supplier ZF on remapping and reconfiguring BMW’s regular eight-speed automatic transmission. The result is an intelligent gearbox that shifts extremely quickly and smoothly. You can operate it in manual mode (via buttons stitched into the back of the wheel; another Alpina curiosity) and should you do so, you’ll find the XD3 delivering a rare amount of involvement and enjoyment for an SUV.

That’s because while the chassis set-up has been retuned for this facelift to provide extra comfort, it manages to do so without compromising the fine balance and rock solid body control. This really is one of those SUVs, like certain Porsche Cayennes and Macans, that forgets it’s a tall 4×4 when you want to get a lick on – helped by a sports steering rack that’s accurate and beautifully weighted.

Electronically controlled adaptive dampers come as standard, and the set-up is firm but never uncomfortably so. As with many Alpinas, it is easy to forget that you’re sitting on 20in alloy wheels (255/40 ZR20 at the front, and 285/35 ZR20 at the rear).

Refinement at cruising speeds is only just above average, mind you – not because of the engine, which fades into a hush once you’re up to speed, but because of the amount of road roar generated by those jumbo alloys. There’s a bit of wind patter from around the side mirrors at speed, too, but the overall noise level never gets close to being annoying on a long journey.

The improvements to the XD3’s cabin are modest but it’s still nicely finished, with a mix of fine materials and Alpina’s trademark blue instrument dials sitting alongside BMW’s proven infotainment systems and electrics. The personal touch offered by Alpina means that, should you wish, you can customise the materials and colours used until you’re well past the boundaries of taste and common sense.

There are a few high-performance diesel 4x4s on the market, and it’s worth noting that the extremely proficient (and much cheaper) Porsche Macan S diesel has turned up since the original XD3 was launched. However, Stuttgart’s offering can’t match the raw performance on offer here, which is more in line with that of a Macan Turbo S.

Alpina’s facelift has enhanced an already strong package, then, making this one of the most appealing fast SUVs on the market. That limited UK allocation of vehicles is bordering on the offensive.