Ford secured the Thunderbird’s future for decades to come when it debuted the second generation in 1958. This small, six-panel fold-out brochure is dated “1/58” and exclusively highlights the new fixed-roof Hardtop model, rather than showing both that and the traditional Convertible; the 1958 Hardtop would eventually outsell the contemporary Convertible by a large margin, moving 35,758 units to the Convertible’s 2,134, with these four-seaters’ combined one-year total representing more than 1956 and 1957 Thunderbird model year sales put together. 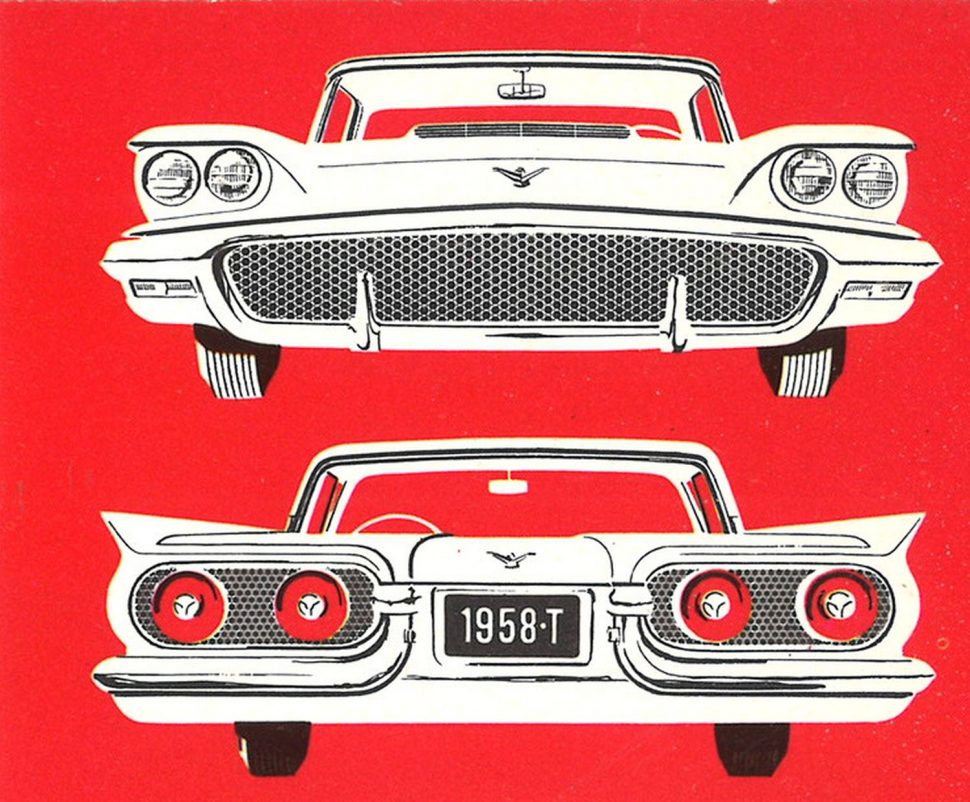 This new ‘Bird -awarded Motor Trend‘s Car of the Year- was laid bare in this brochure with a special illustration of its unit-body, then an unusual design. Also highlighted was the new 300 hp, 352-cu.in. V-8 engine, and the fact that this family sports car could still be ordered with a three-speed or overdrive manual transmission, as well as an automatic. Prospective buyers were informed that this car’s doors were a full four feet long, and that its 20-plus cubic-foot trunk was nearly 5 1/2 feet wide!

Do you prefer your Thunderbird to seat four or two?