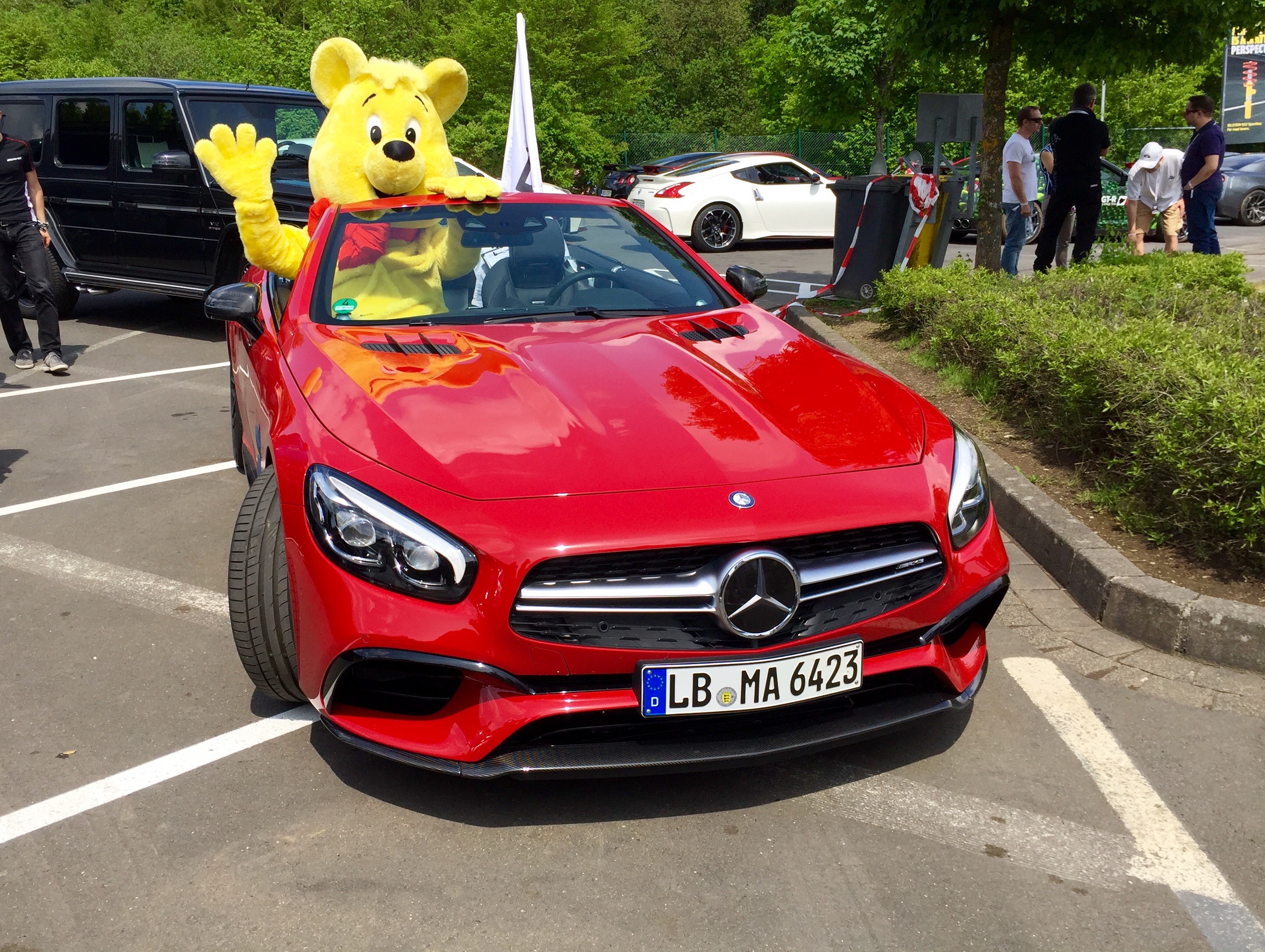 When a Mercedes-AMG representative revealed the brand had a special guest for the car parade that precedes the 2016 Nurburgring 24 Hours race, I figured we’d soon see a legendary Mercedes racer or other automotive celebrity, but the reality was more fun, as was watching the AMG folks cram the huge guest into the passenger seat of a 2017 Mercedes-AMG SL63. In my first trip to the Nurburgring, I’ve been delighted and surprised, learning about why the 24-hour race is so famous, attracting an estimated 200,000 spectators with many barbecuing and camping out above many turns on the track. So if you’re interested in Mercedes-AMG, the Haribo bear, or the Nurburgring, keep reading for first-hand impressions from Germany. 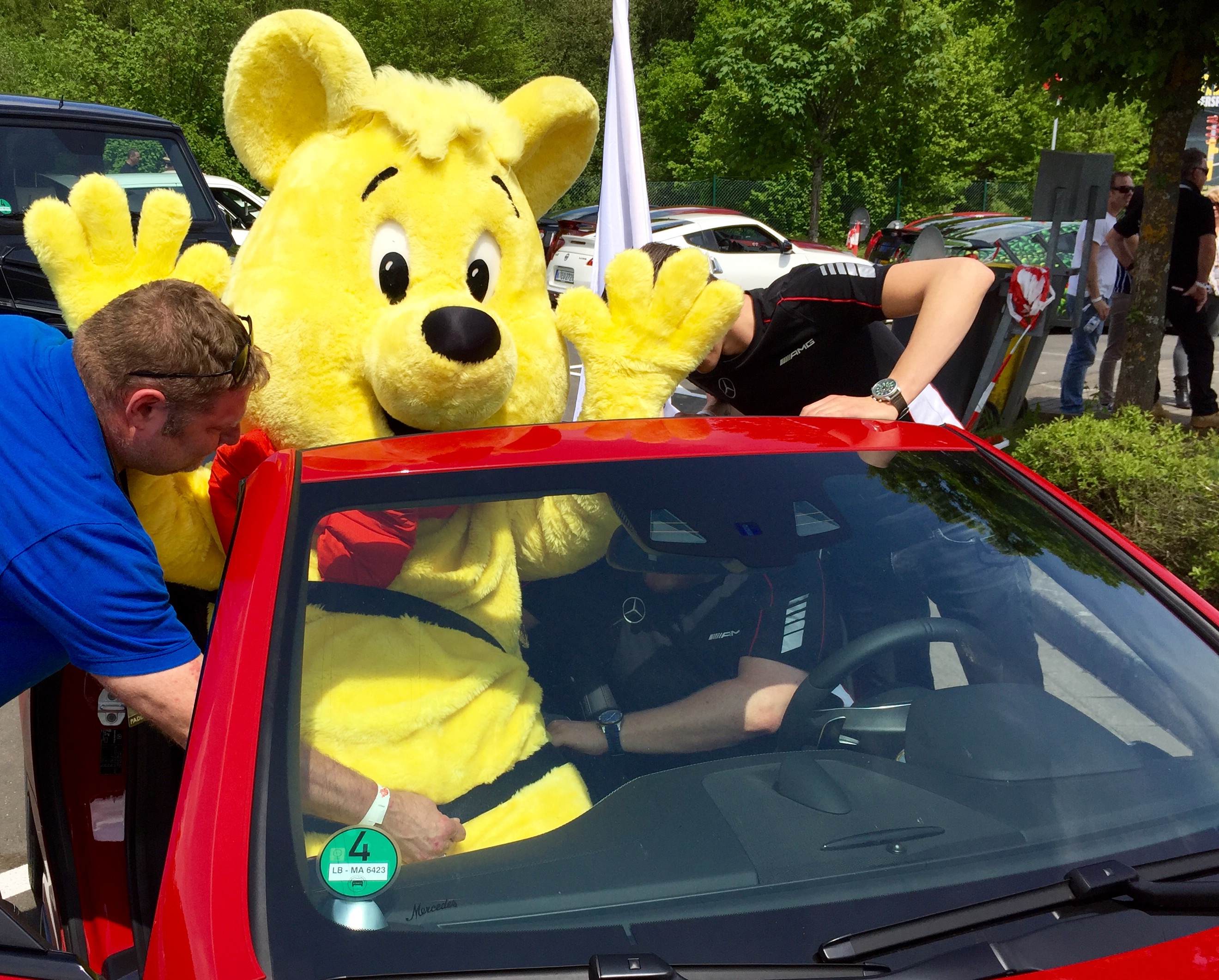 As AMG-badged cars participating in the pre-race car parade waited for the go-ahead to drive at same speeds on the track, out from behind an Mercedes-Benz Vito (Metris in the U.S.) appeared the Haribo bear, a mascot of the maker of popular gummy bears. Fitting the bear into the passenger seat of a bright red,  refreshed 2017 Mercedes-AMG SL63 proved quite difficult, but eventually, members of the “Haribo Racing Team-AMG” managed. Even though the bear’s head peeked well over the from windshield, a safety belt was fastened, and throughout the entire experience the bear never stopped smiling.

Listen to Why You Buy an AMG-Badged Car 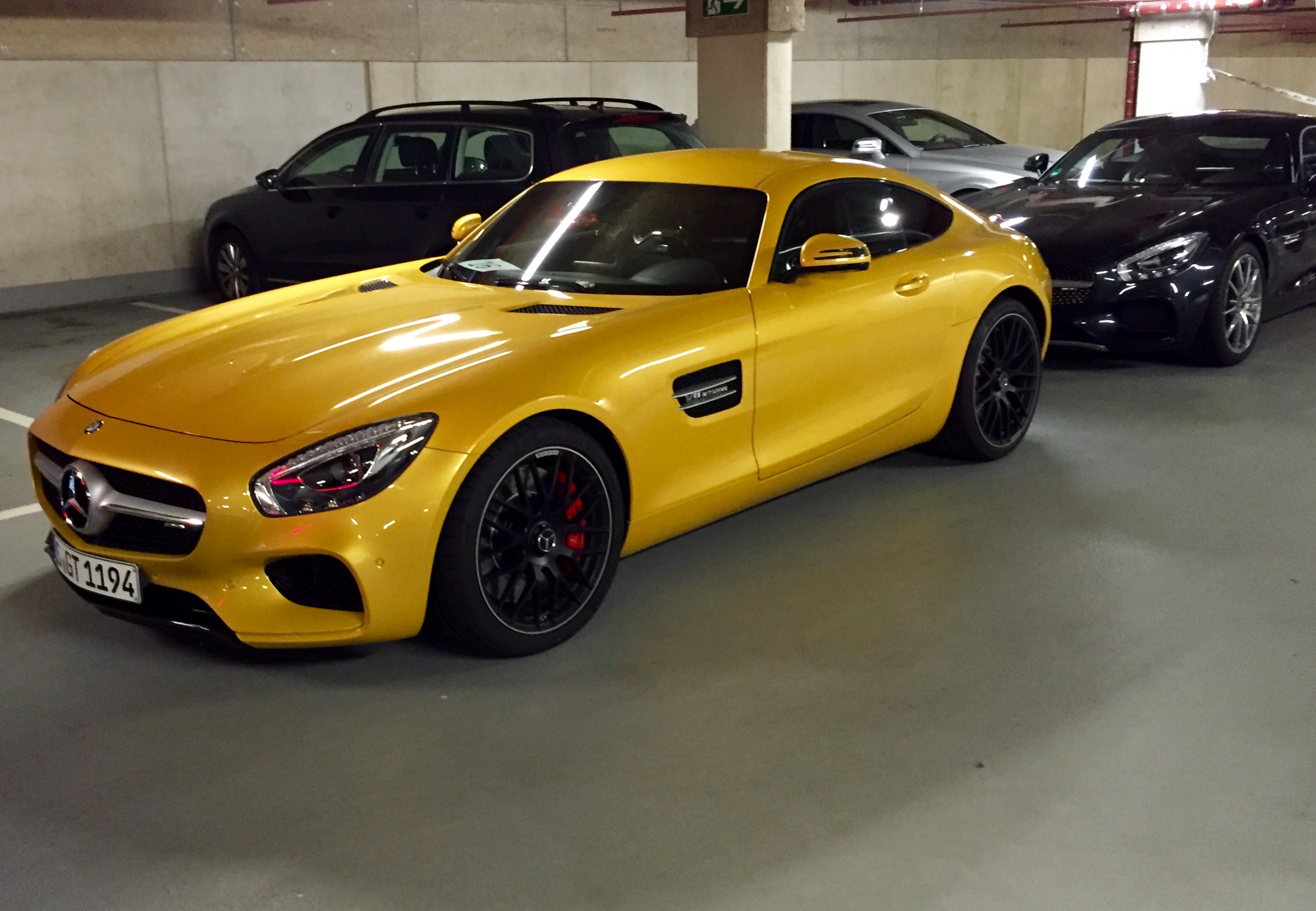 This yellow Mercedes-AMG is SO READY to travel 30 mph in the Car Parade before the 2016 Nurburgring 24 Hours pic.twitter.com/pkIbPqRJDG

Despite a widespread use of turbochargers, Mercedes-AMG cars sound great, with crackles and pops when you rev them. The trait is certainly not unique to AMG, but it certainly helps firm an emotional connection before you consider any of the pricey models. Just listen to our Best Driver’s Car, the Mercedes-AMG GT S, before the car parade in a Nurburgring parking structure, above.

And just before the AMG cars entered the ‘Ring, one thing led to another, and a chorus of  revving AMG engines filled the air, in a lot filled with everything from A45s, a CLA45 Shooting Brake, CLS63 Shooting Brake, a GLE Coupe, AMG GT coupes, and more, not to mention the Nissan Juke NISMO RS, 370Z NISMO, and customized GT-RS nearby. 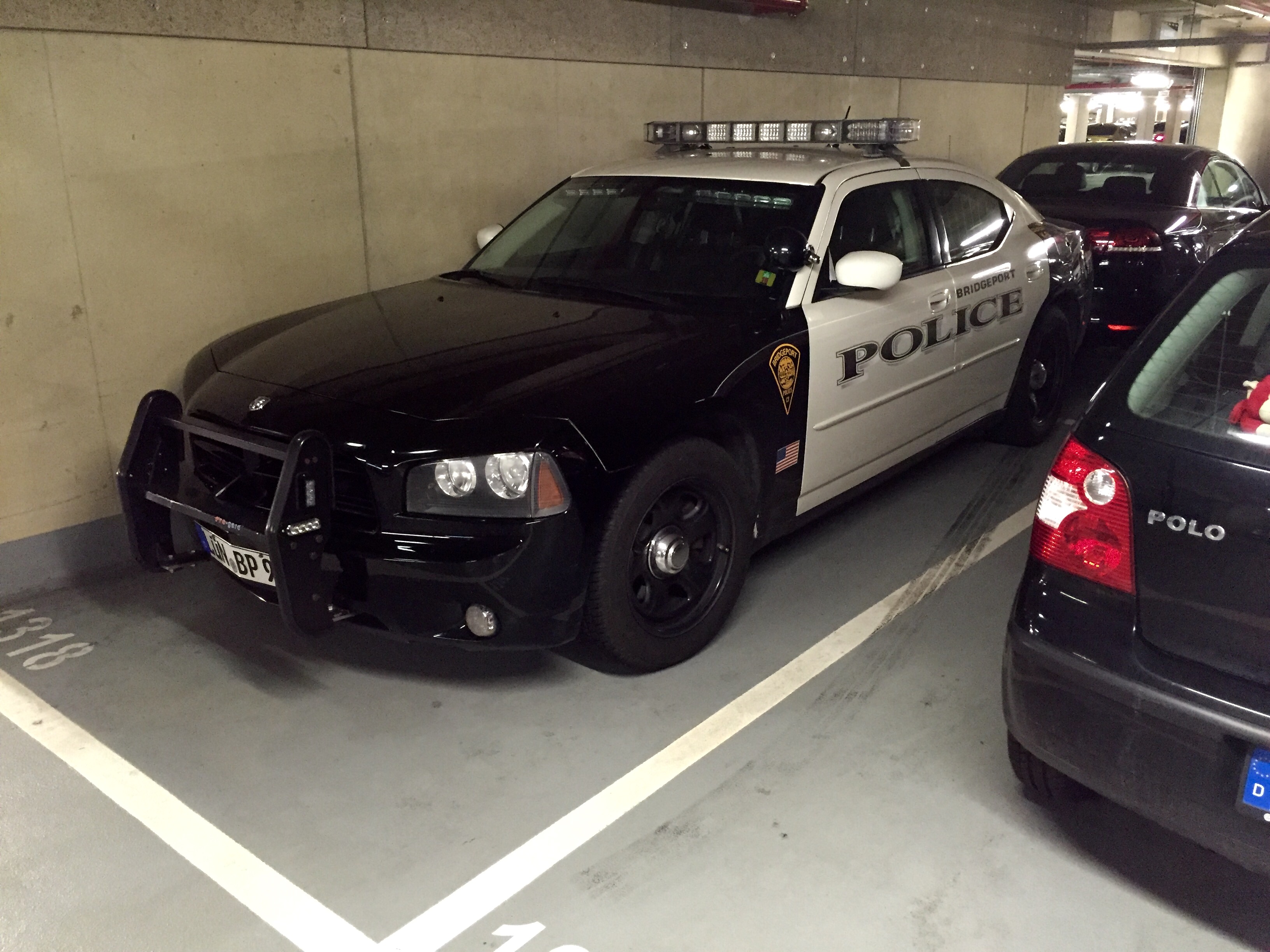 Although I saw a bright orange Dodge Challenger maneuvering through a somewhat narrow winding two-lane road near the ‘Ring, it was the Dodge Charger Pursuit vehicle from Hartford, Connecticut, I spotted in a parking garage at the track that really intrigued me. What other cars might be in this enthusiast’s collection? 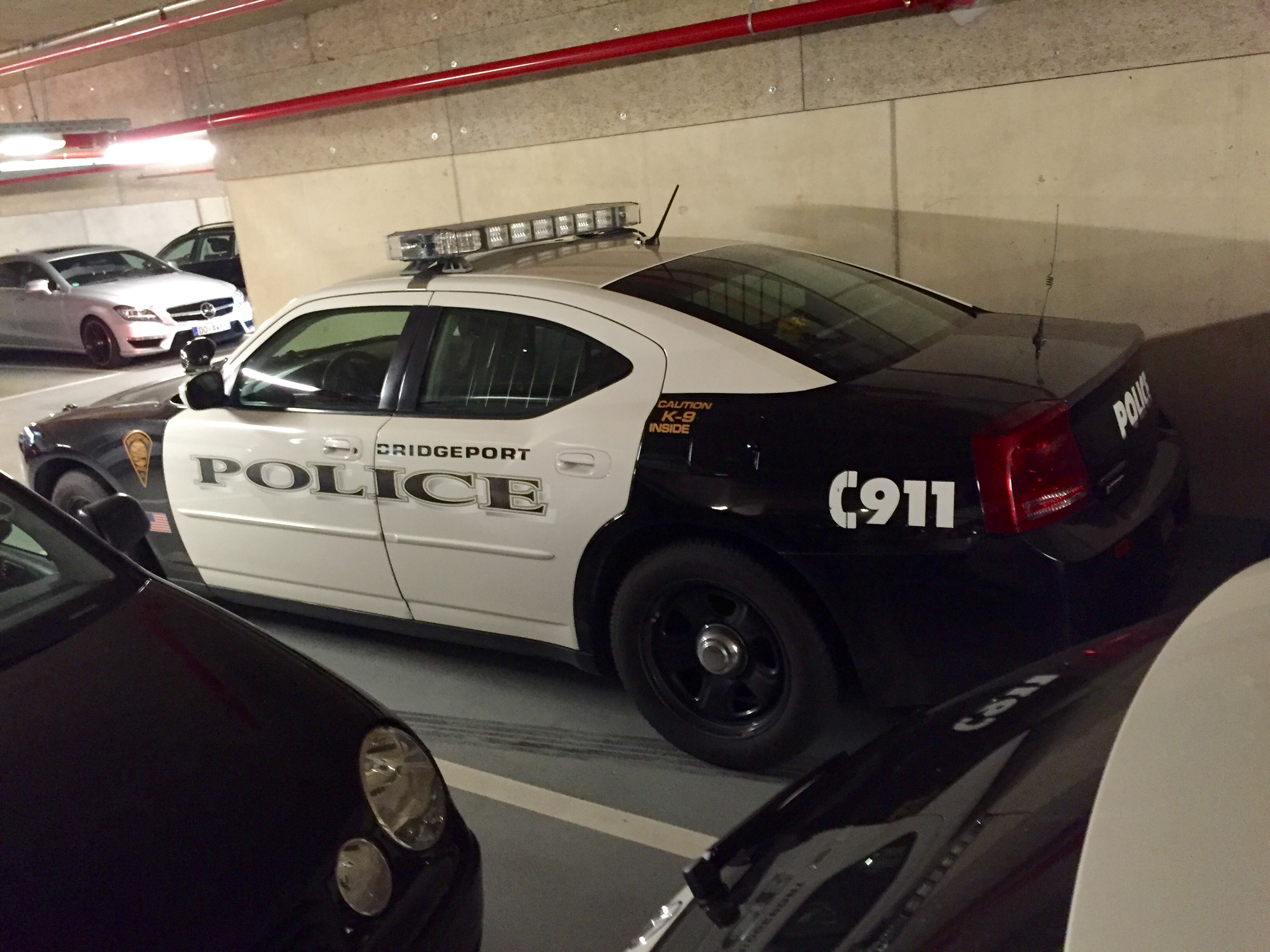 Off they go! A few of the 160 cars at the Nurburgring 24 Hours get moving. WATCH IT NOW AT https://t.co/FTGIKAumkg pic.twitter.com/hQYpVdEx4m

Want to watch the 2016 Nurburgring 24 Hours LIVE? Head straight to Motor Trend OnDemand for coverage, plus plenty more great motor sports content. Soon after the above video was taken, the track got very wet. 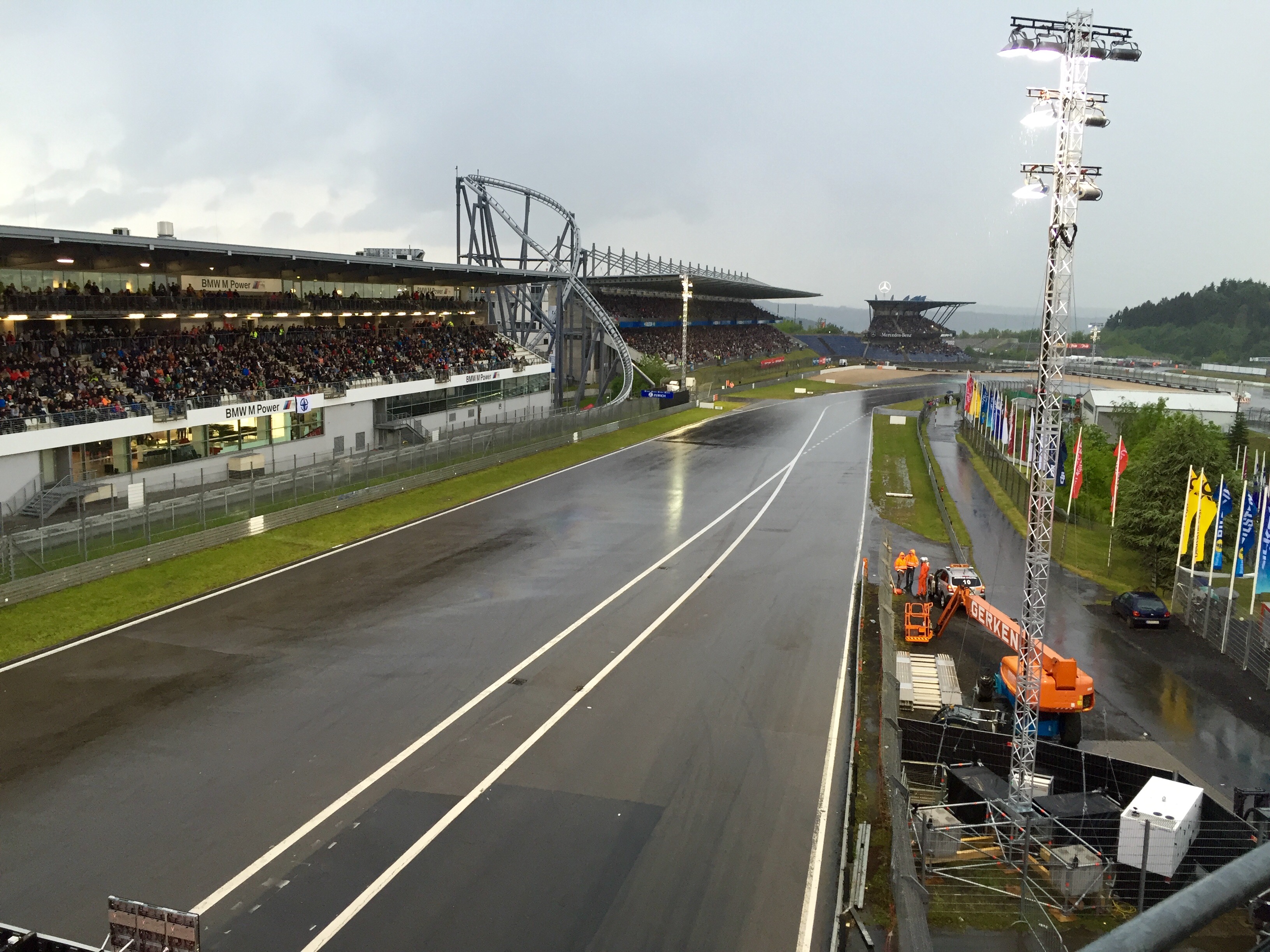 Fans and the ‘Ring’s Beauty 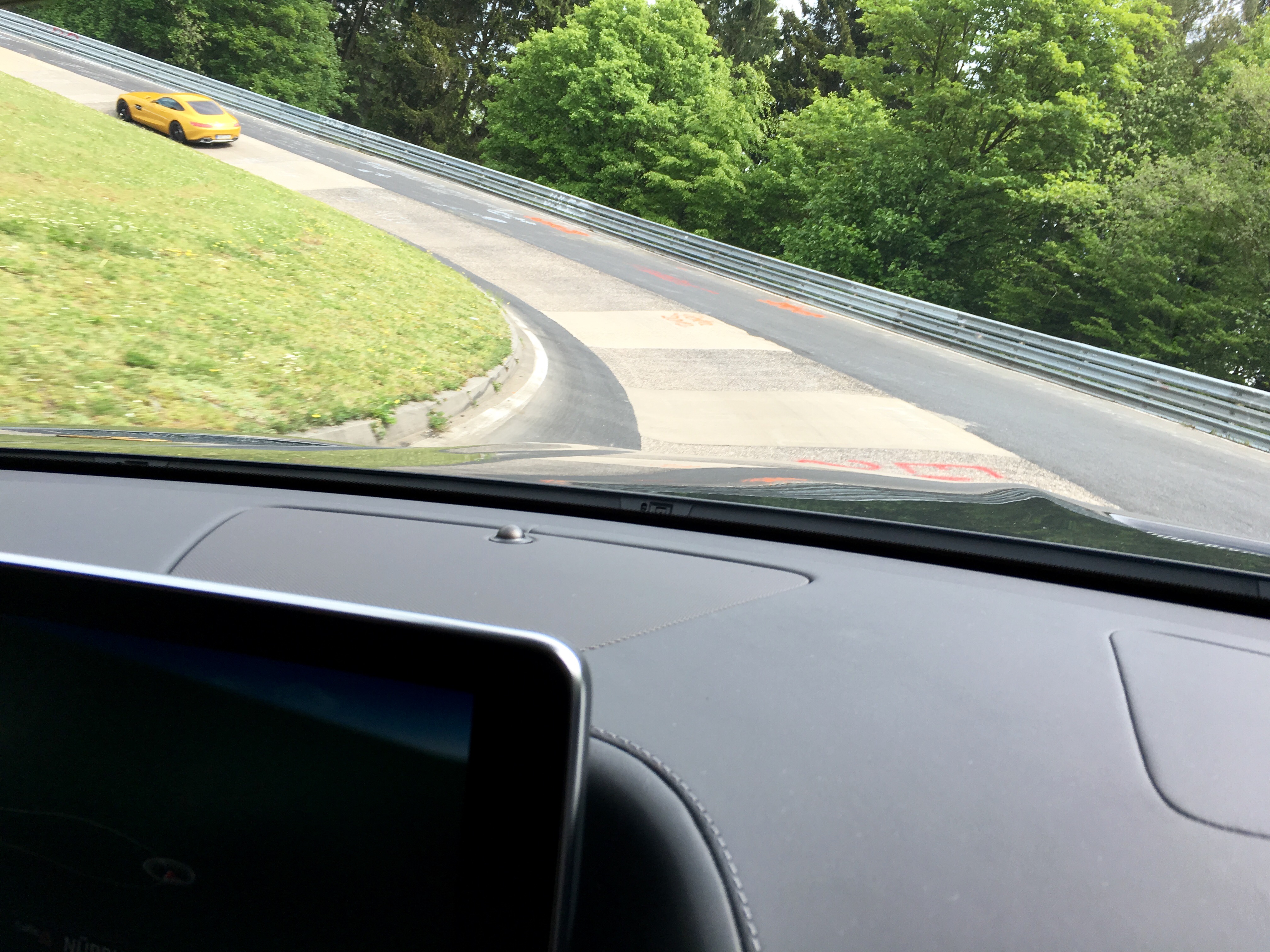 The track, which is about 16 miles, is beautiful. Around every turn there are vistas with green rolling hills, tall trees everywhere, and incredible fan support. So often during our car parade lap, we’d see hill sides full of tents, RVs, and fans barbecuing. Sure, other motorsports have similarly diehard fans, but seeing it in person from behind the AMG GT S’ long hood makes a bigger impression. 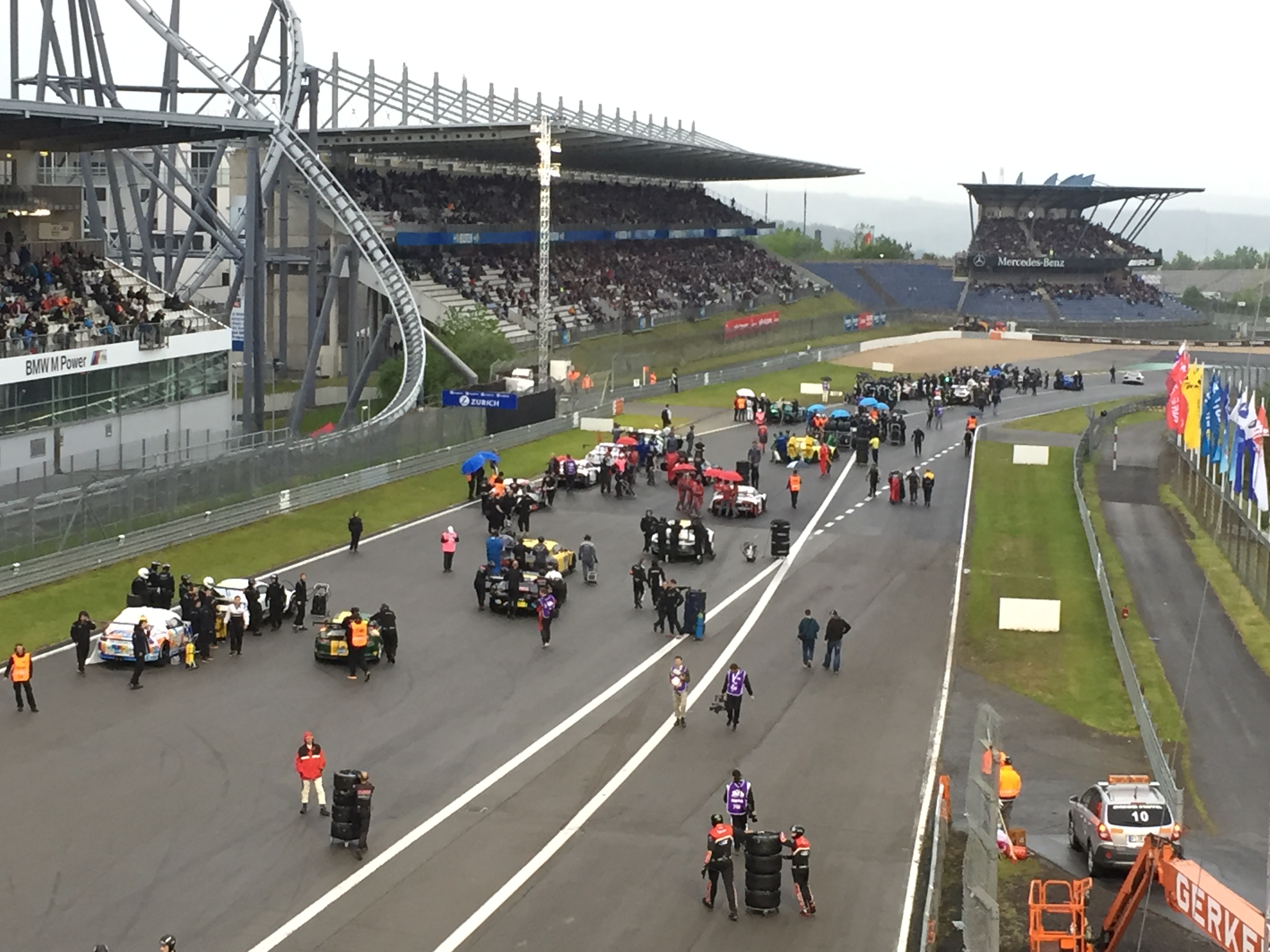 As we watched car after car slide off the track at a suddenly very wet turn, Andreas Ruck of the AMG Driving Academy pointed out that especially at the Nurburgring, you could experience three weather conditions in one lap. So if the 33 left-hand corners and 40 right-hand corners, or the many elevation changes don’t make things challenging enough, there might also be dry, wet, and fog on the same lap. 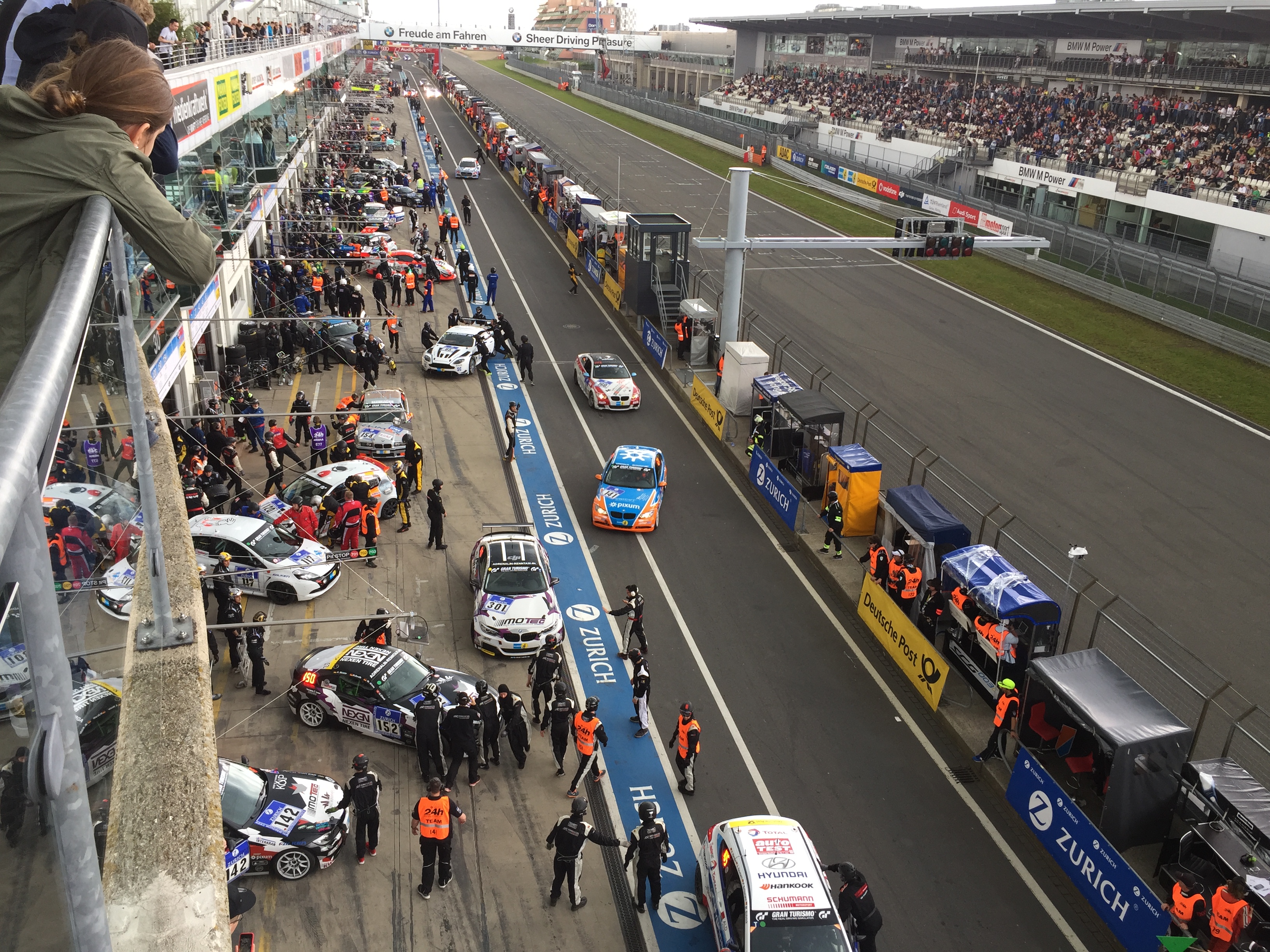 For such a long track, I was surprised to learn how crammed the garages are for racing teams. Whether or not you’re sharing it with another team, the garages just barely hold six cars. Pictured here are a few of the aporoximately 160 cars coming in for a pit stop just as the race paused, with a few being rolled and pushed to the right place.

Just one hour in, the race stopped as heavy rain and even hail became a problem on certain sections of the track that were dry and partially sunny when I was on them just a few hours earlier. 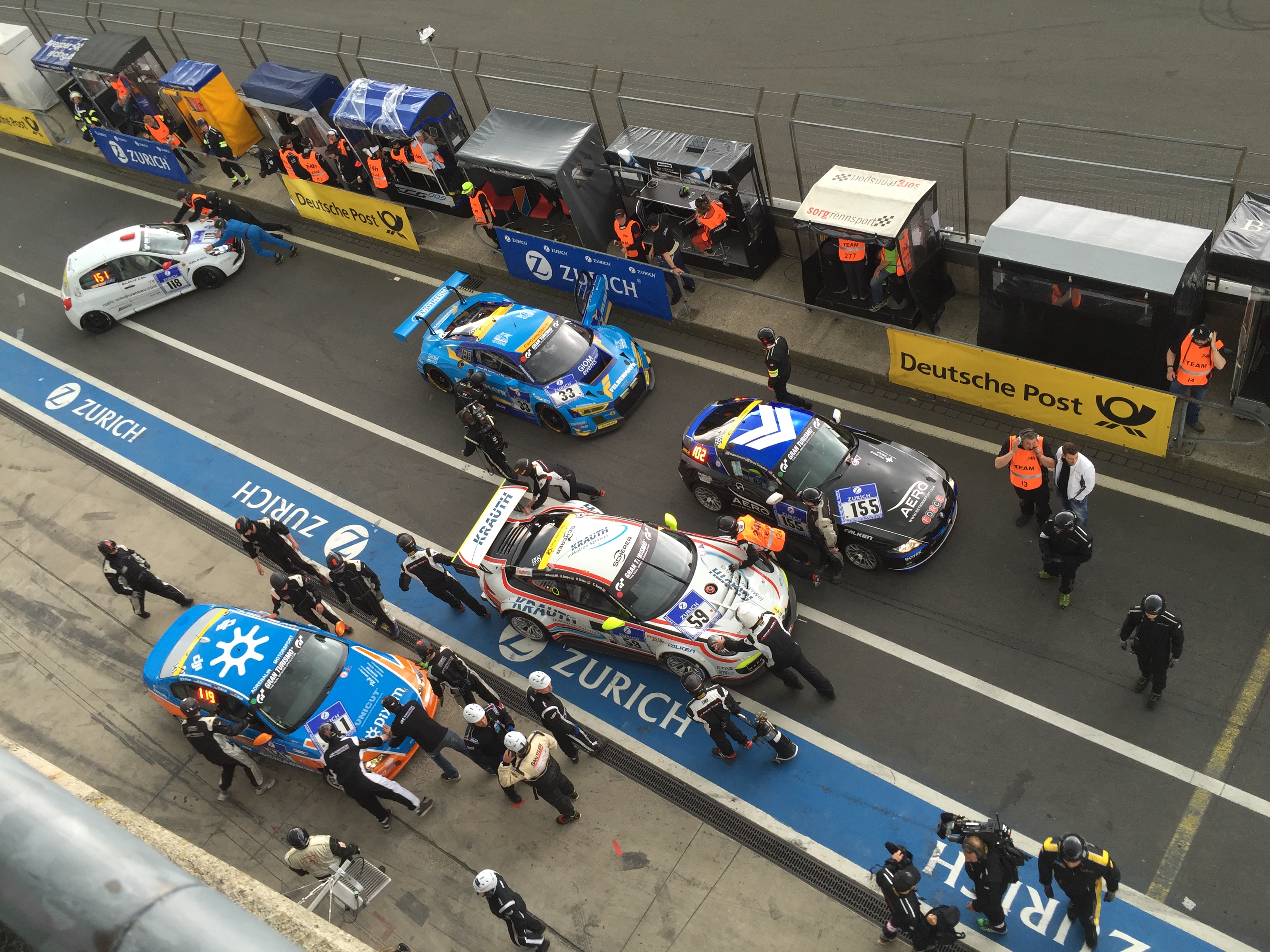 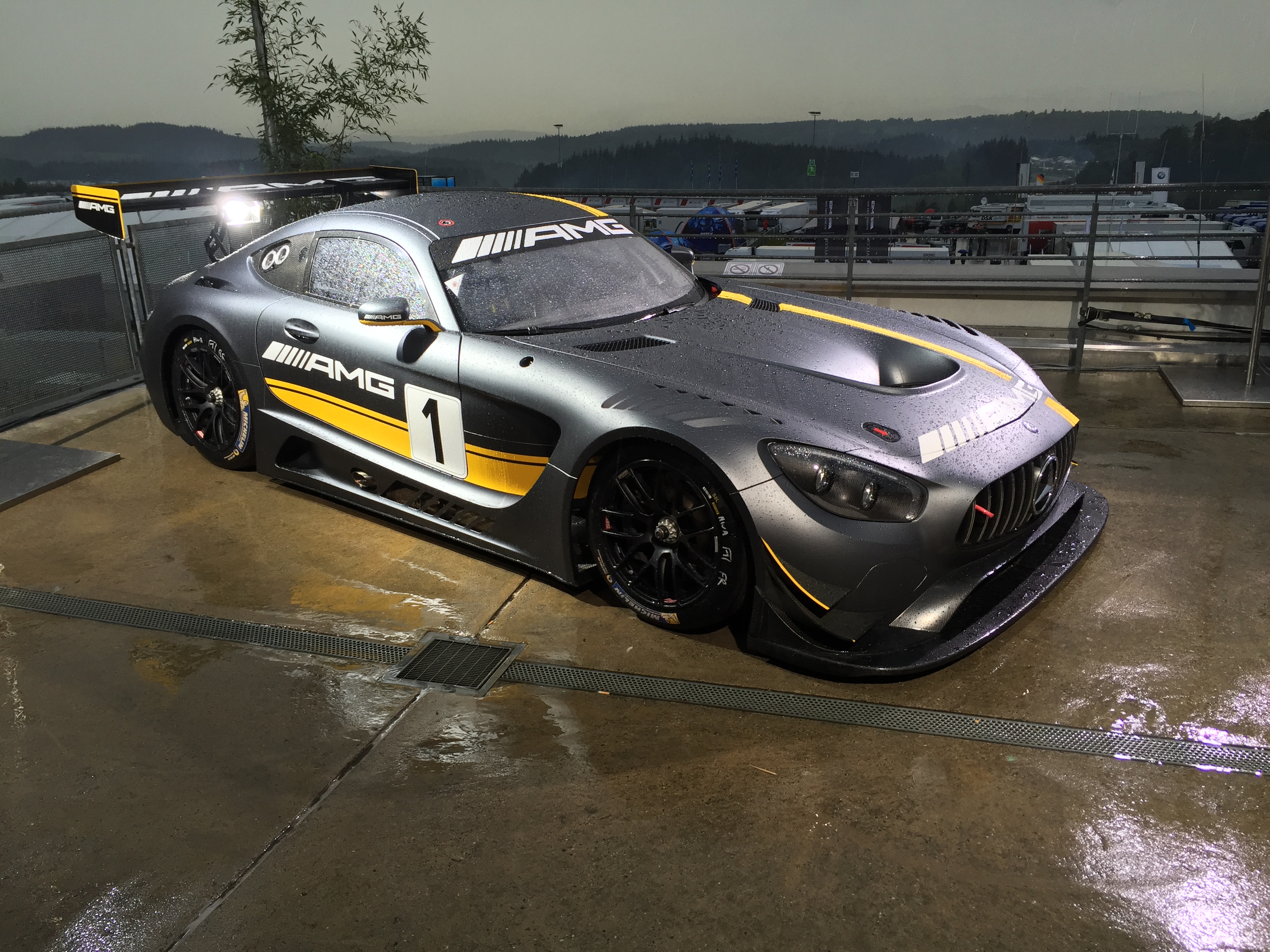 The track went quiet before too much could happen, but the fact that four of the eight cars qualified in the top 10, including one in pole position, is a good start. Watch the race at Motor Trend OnDemand here.

What Does Successful Racer Randy Pobst Think About the Mercedes-AMG GT3? 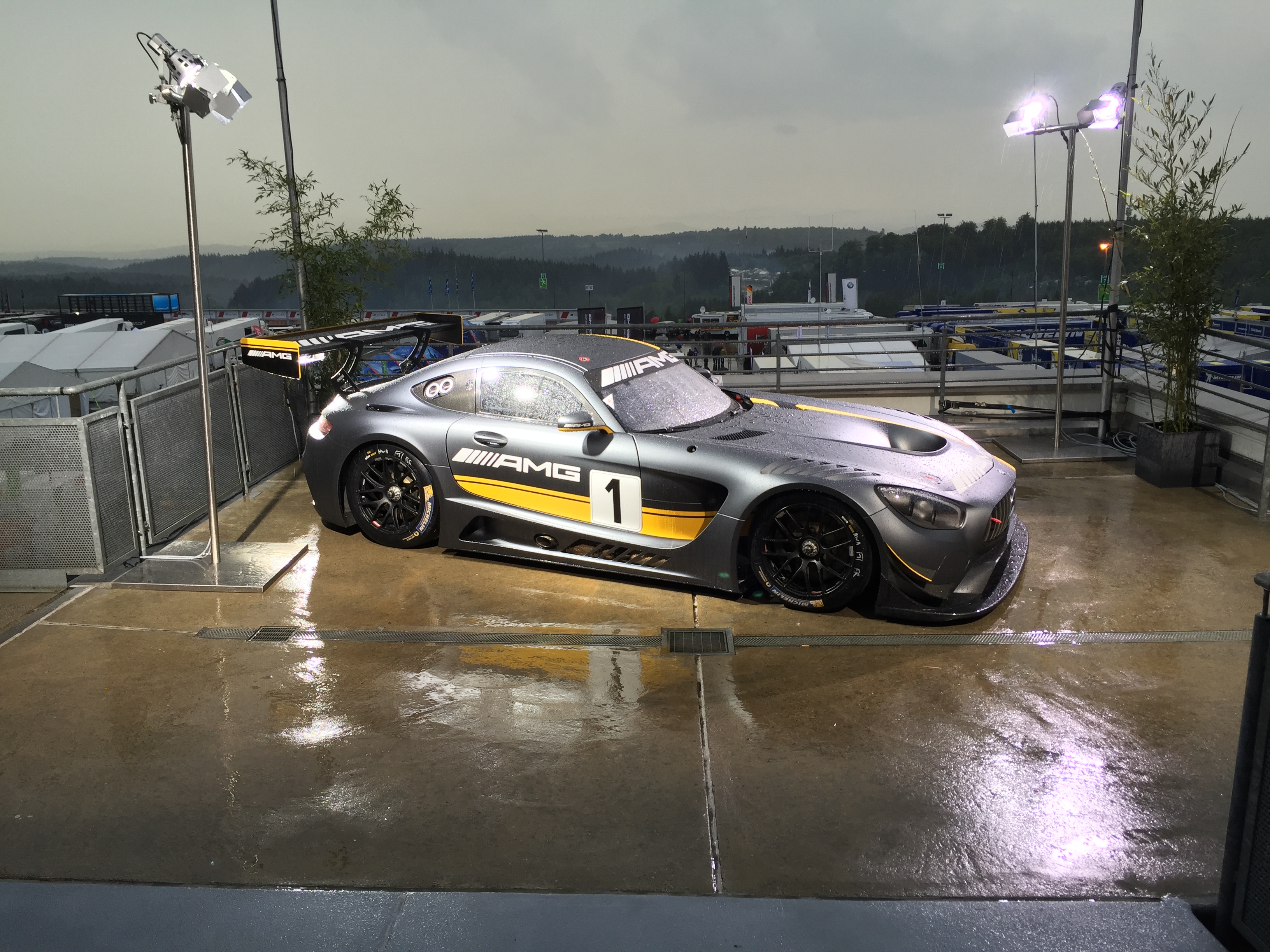 Funny you should ask – read about Pobst’s impressions about the Mercedes-AMG GT3 only at Motor Trend. 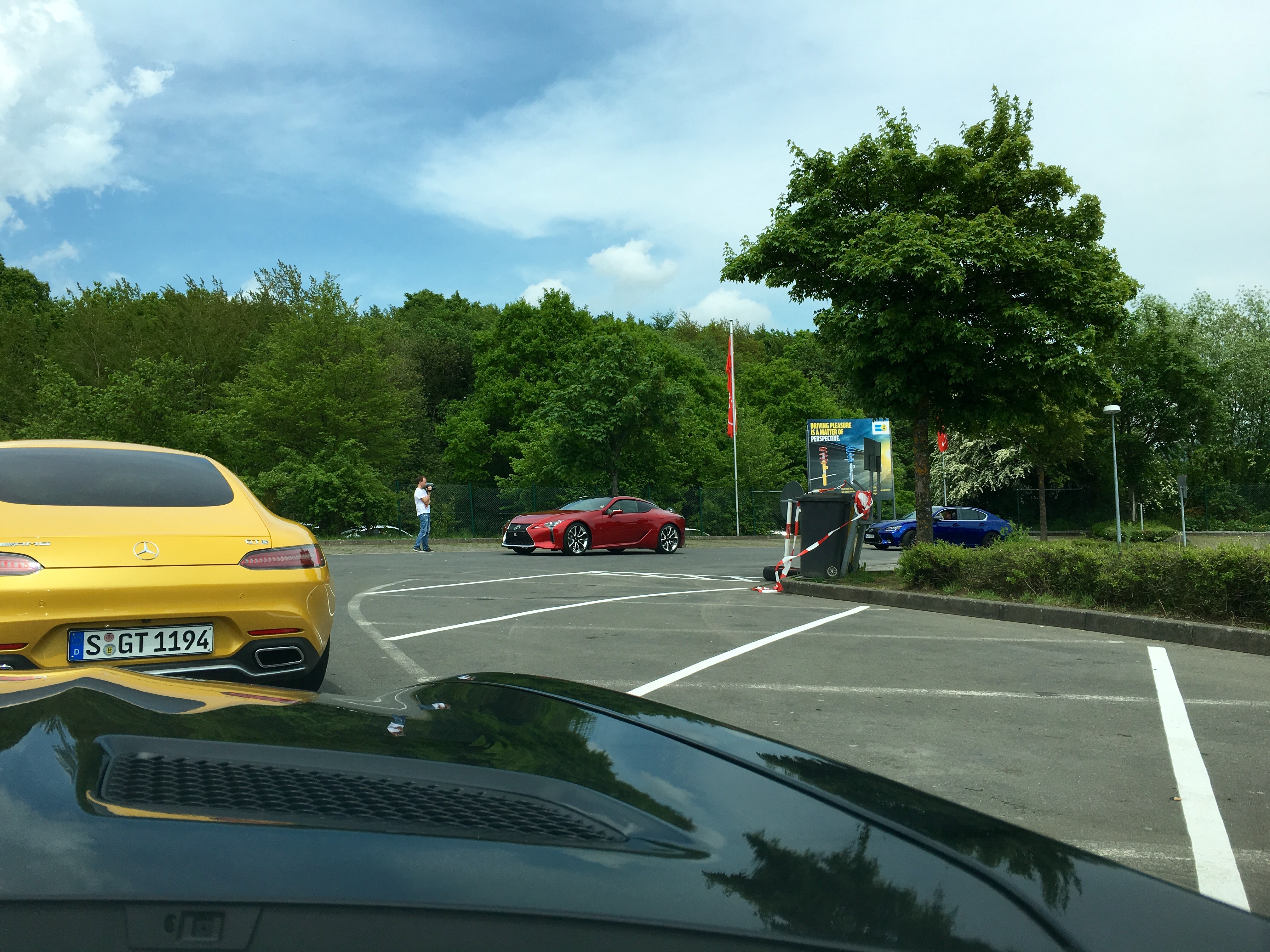 Even from the passenger seat, a nearly full lap around the Nurburgring is exhilarating. Just as our AMG GT and a yellow one ahead of us exited the track (showing us its sequential turn signal indicators), we saw a blue Lexus GS F following a Lexus LC prototype finished in an intense shade of red. Although the LC 500 and LC 500h might attract as many SL customers as AMG GT intenders, which would you rather have, the Lexus LC or the Mercedes-AMG GT?

From behind the Mercedes-AMG GT’s loooong hood, a very red Lexus LC appeared – Would you go for the AMG or Lexus? pic.twitter.com/Lff23gz5Ip 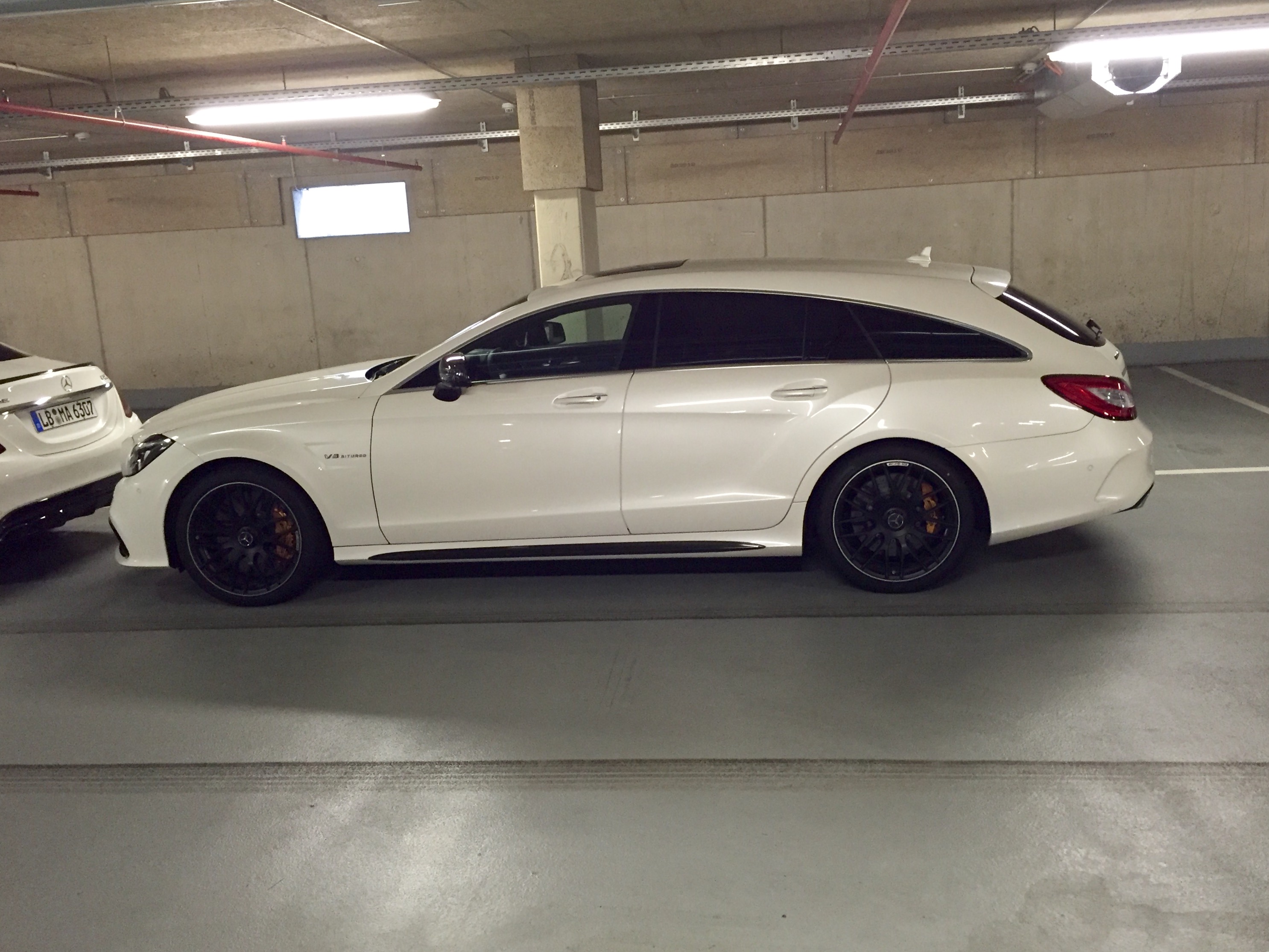 In your fantasy garage, would you rather have the CLA45 OrangeArt edition or the CLS63 Shooting Brake? OK, like most of you on Twitter I would also take the more powerful CLS, a car whose side-window design looks more special when stretched across its longer size. Even so, check out the cool seats on that special-edition CLA below.

Which Mercedes-AMG forbidden fruit shooting brake would you choose? Favorite for the CLS, retweet for the CLA pic.twitter.com/gAmFzaR5QV