You are here: Home  /  Automotive News  /  Home of the Original 4×4 Legacy Power Trucks, Into the Wilderness and Perform Incredible Tasks
Automotive News 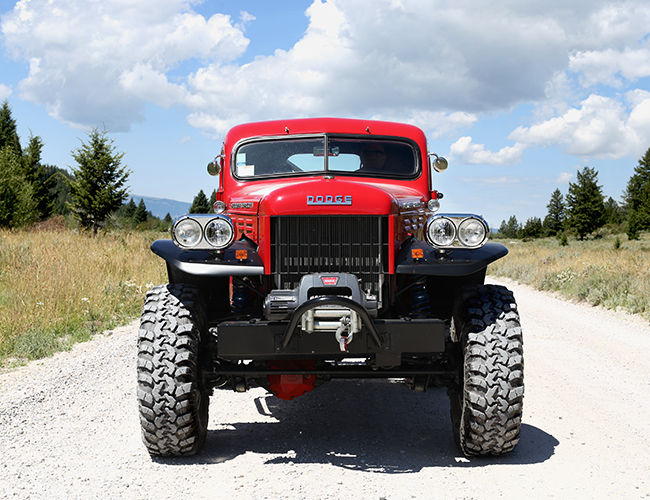 Home of the Original 4×4 Legacy Power Trucks, Into the Wilderness and Perform Incredible Tasks

Let’s get to know the legacy power trucks.

Fine. Good. But every modern truck will take the pass without a wiggle of the oil temperature gauge. The Porsche Cayenne I was in hightailed up the curves with German growl.

Bent’s on a different page, though. He’s not talking about trucks from this century. He’s stuck back in WWII time, and he’s talking about taking the first-ever 4×4 brought to the civilian market — the Dodge Power Wagon — up over the curves of the pass.

Bent, born in Chicago, grew up with a father obsessed with WWII-era vehicles. Bent worked on a Power Wagon of his own while living and working in Wyoming, then sold that first restoration, in 2008, for six figures. That was affirming; he opened up shop. At the subtle request of his wife, he moved operations out of his garage, over Teton Pass and into Idaho. “I have spent my wheel time in these trucks,” he says. “I’ve driven and owned and operated and grew up around plenty of these vehicles to understand: ‘Wow, here’s what’s great and here’s what sucks.’”

Bent’s job is to make what sucks not suck. He buys field-sale Power Wagons, brings them to his shop in Driggs, Idaho, strips them down, scavenges scrap parts, rips apart frames, sands down sheet metal and then converts a rust pile into a polished piece of machinery. His team puts 1,000 to 2,000 man hours into restorations. The trucks sell for as much as $250,000. They can do 0-60 in 6.3 seconds and can cruise at 80 mph for days. They can tackle Teton Pass Road. 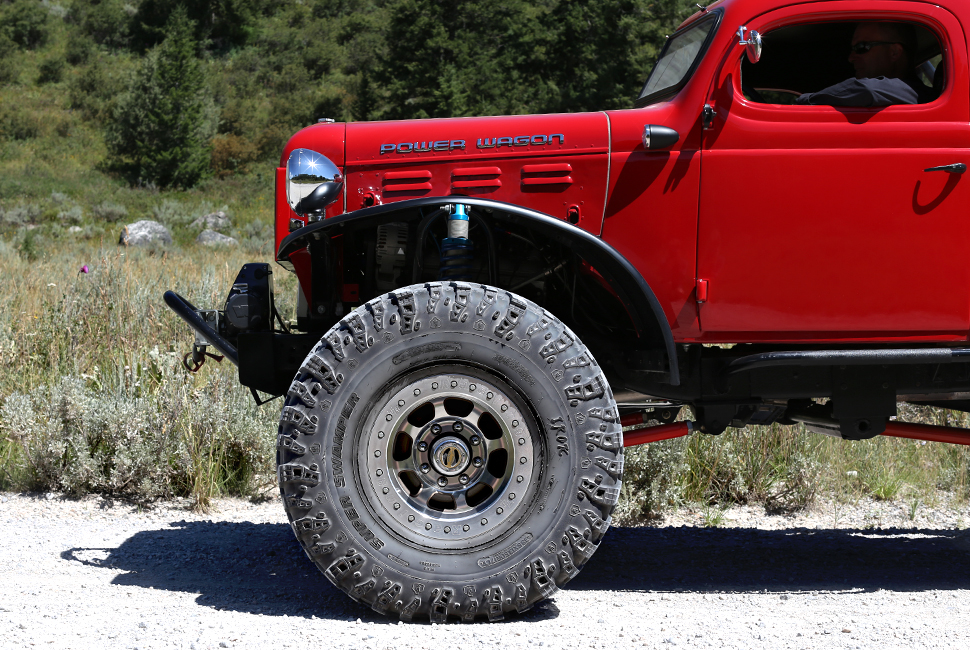 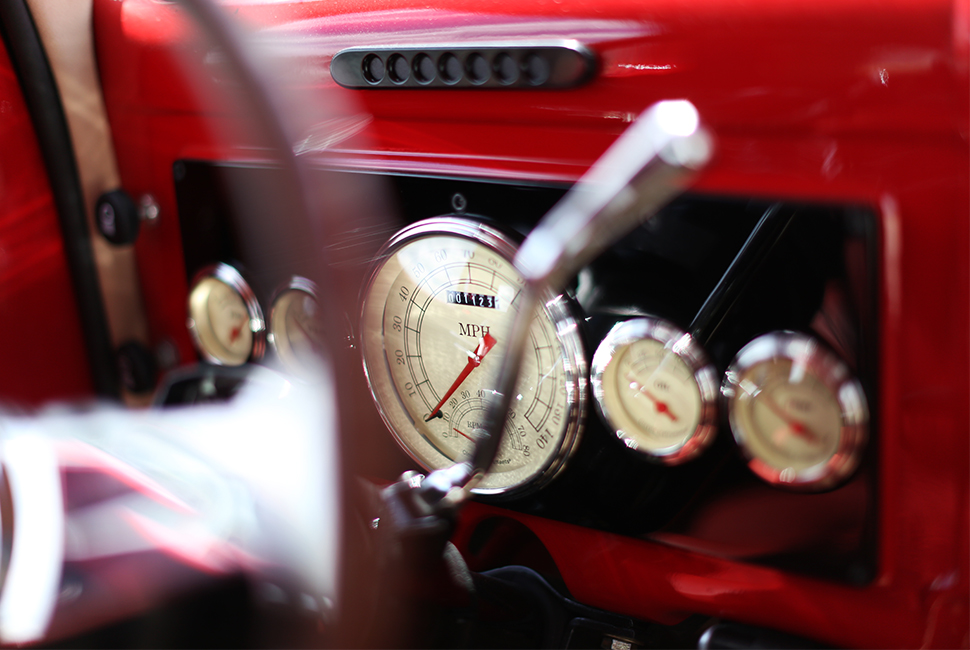 “As Americans, we’re fascinated with this concept of the rugged individual — ‘One man, heading out into the woods and accomplishing something great,’” Bent tells me. “And these trucks were the vehicles that made those experiences possible.” Stepping into one of his single-cab conversions, I feel infinitely capable — 40-inch wheels do that to one’s ego. The truck I’m in is particularly proficient — it’s run the perimeter of New Zealand, off-roading and rock-hopping its way over the North and South Islands. Then, the owner shipped it to L.A., drove it up to Wyoming and over the Rockies and sold it back to Bent, who will make some updates and tweaks before putting it back on the market. It crackles and spits to life, and we head out of Driggs to the Tetons.

It’s hard to turn heads in this part of the West. Every truck out here is big and loud. But the flame-red Legacy Power Wagon gets looks. Backpackers turn their packs. Granola crunchers’ jaws drop. Cowboy hats nod. The Power Wagon resonates in some deep, intrinsic, platonic, spiritual, audacious American way. It articulates both our history and our aspirations. It’s the 4×4 in ideal form.

“You see all these relics on the side of the road. Abandoned old trucks. And they’re sitting there,” Bent tells me. “I’m the guy that, when I drive by one of those, says, ‘How did that vehicle end up there? What has it done?’ And I stop, and I look at the trucks, and I see these things as having a story that they want to tell.” He sets his task force of mechanics and restoration specialists to work and he turns the dump of rusted metal into something shiny and new. He’ll drop in a 3.9-liter Cummins turbo-diesel, tack on a 16,500-pound Warn winch. He’ll install a Nardi steering wheel and bomber-inspired gauges. He’ll paint it flame-red and have a local craftsman furnish a furniture-grade wood bed. It rumbles out of his shop just like the original, but exponentially better.

“Initially, people thought we were crazy — like, you can’t do a Concours-level restoration to an abandoned old truck that was used for hauling apples from the orchard. That’s insane.” Bent pauses. “Lo and behold, we did it.”

In the hills of the Tetons — dirt, paved, steep, flat — that restoration rumbles over all. The thick tread of the tires takes on a more appropriate muted gray of dirt on black rubber. Bent’s never cute about his creations. He doesn’t intend for them to be coddled, but to fulfill the workhorse purpose they were initially built to perform. The Dodge motto used to be “A Self-Propelled Power Plant.” These trucks made their way into the hands of the Forest Service, ranchers and outdoorsmen. To service the labor of those workmen is still Bent’s intention.

“If you want to hook up four-horse trailer and go off-roading and haul it up a
mountain pass? It’ll do that,” he says. “It’s always about functionality. It’s always about being able to do what they say they can do. A rancher or farmer or whomever can take his truck out into the wilderness and perform incredible tasks.”