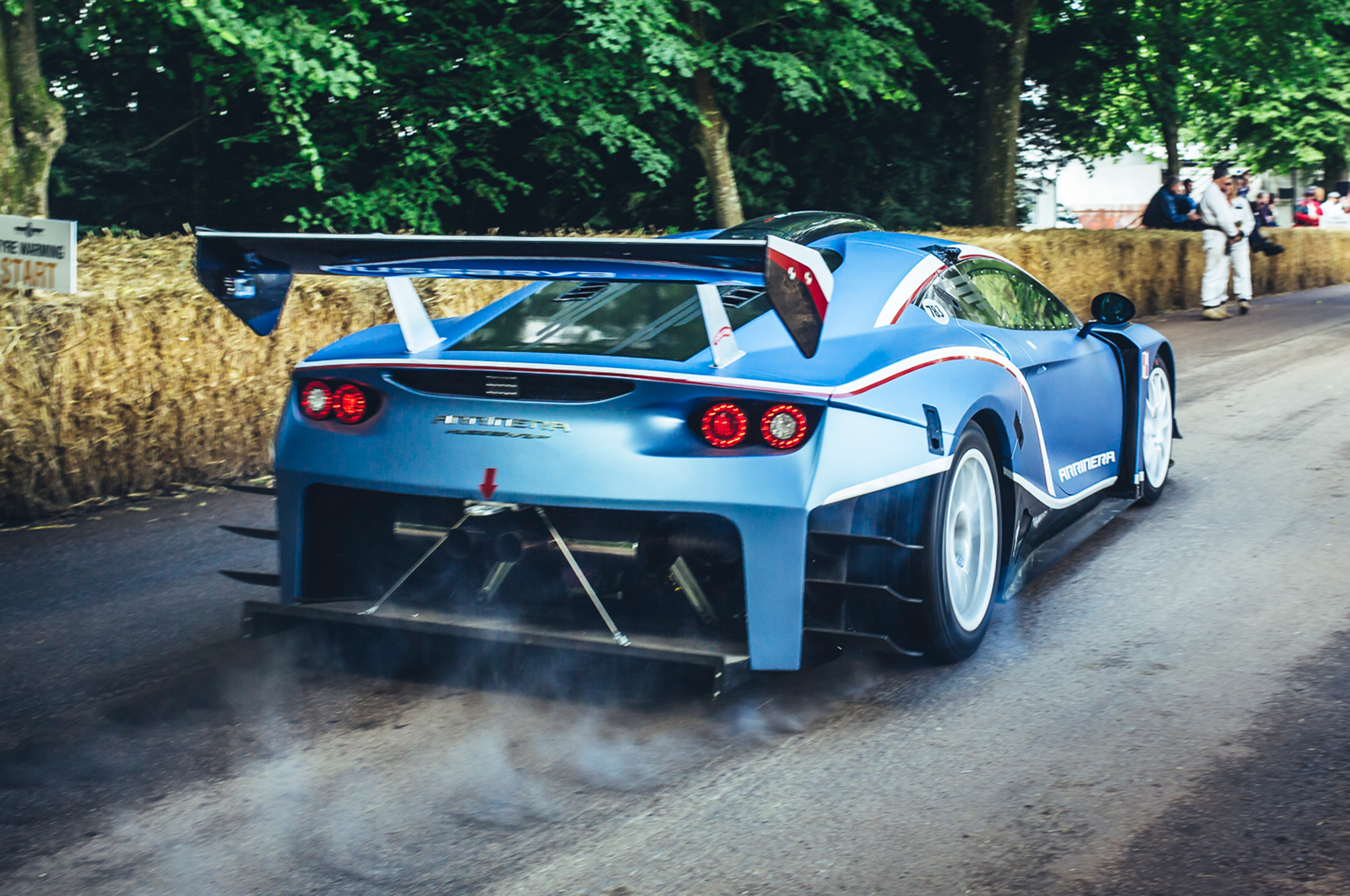 This year marks the first year a Polish-built car attended the Goodwood Festival of Speed. The all-new Arrinera Hussarya GT even participated in the Michelin Supercar Run.

Inspiration for the new supercar comes from the World War II-era Polish fighters that assisted the Royal Air Force (RAF) at the Battle of Britain in 1940. Polish squadrons 302 and 303 piloted British-built, single-seat Hawker Hurricane fighter planes in the battle. Then in November of that year, the Polish 302nd squadron was transferred to RAF Westhampnett. Today, the base is known as Goodwood Aerodrome.

Built to FIA GT spec, the backbone of the Arrinera Hussarya GT is a tubular spaceframe and rollcage made from British BS4 T45 seamless steel tubing — the same material used for the Hurricane and Spitfire fighter planes from WW II. The chassis is wrapped in carbon fiber bodywork designed by Professor Janusz Piechna of Warsaw Technical University. Aerodynamic tuning was done in the U.K.-based MIRA wind tunnel. Other fighter plane influences can be seen in the light-blue exterior paint that is reminiscent of old Spitfire aircraft.

Power for the Arrinera Hussarya GT comes from a mid-mounted 6.2-liter V-8 engine mated to a Hewland LLS sequential transaxle with a limited-slip differential. A set of paddle shifters controls the engine’s available 420-650 hp. The engine is likely sourced from GM’s modern LS or LT engine family.

The one-off suspension features pushrods and Öhlins four-way adjustable dampers, while the braking system consists of a set of Alcon six-piston monobloc calipers and 15-inch discs on all four corners. A racing Bosch ABS system regulates the braking system. 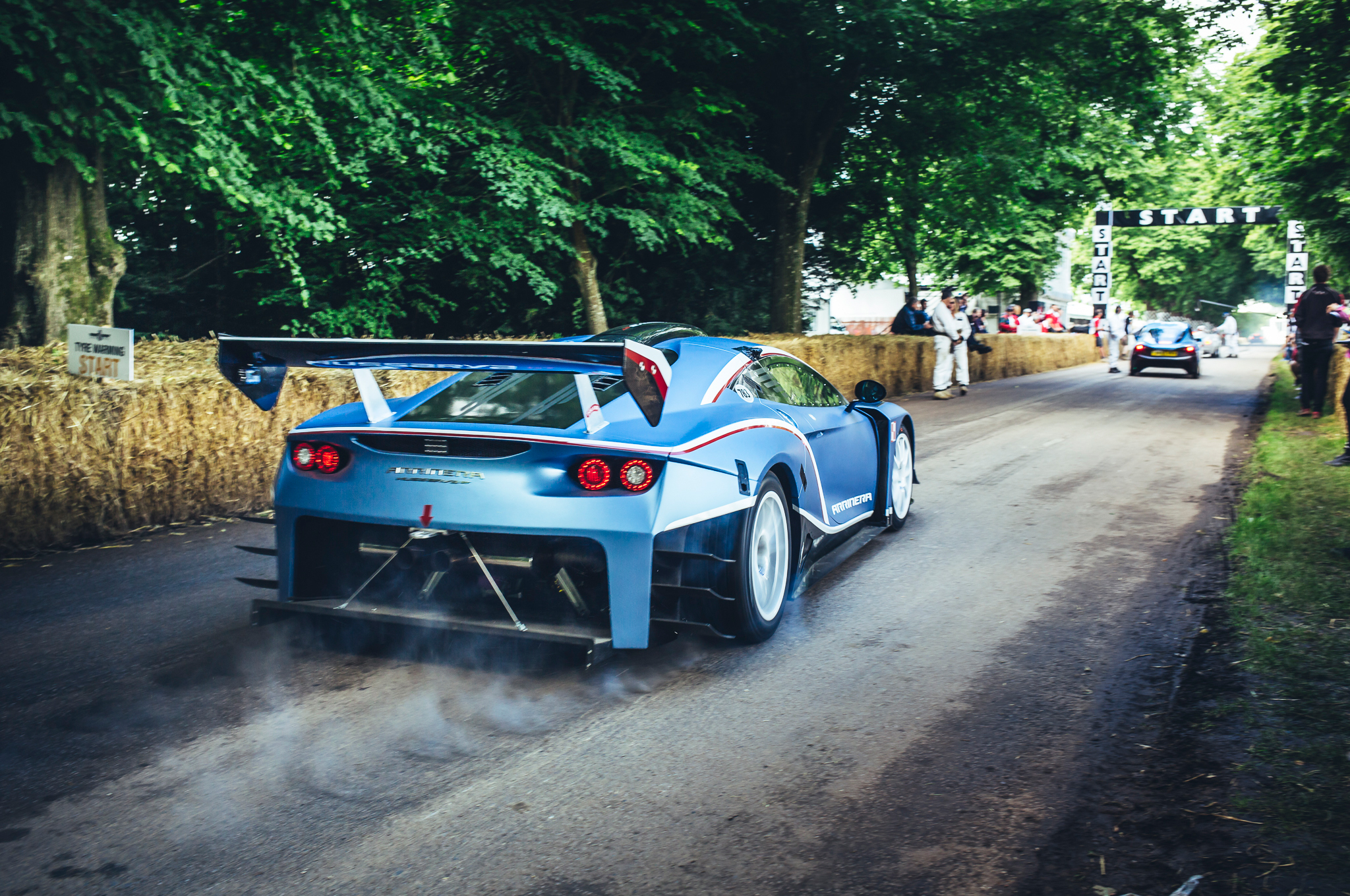 The Hussarya name harkens back to the 17th-century Polish cavalry that won battles at Kircholm in 1605 and at Vienna in 1683. The Hussarya units were said to be invincible for more than a century. Other military-influenced details include the white and red Hussarya pennants and the white and red checkerboard insignia of the Polish Air Force. 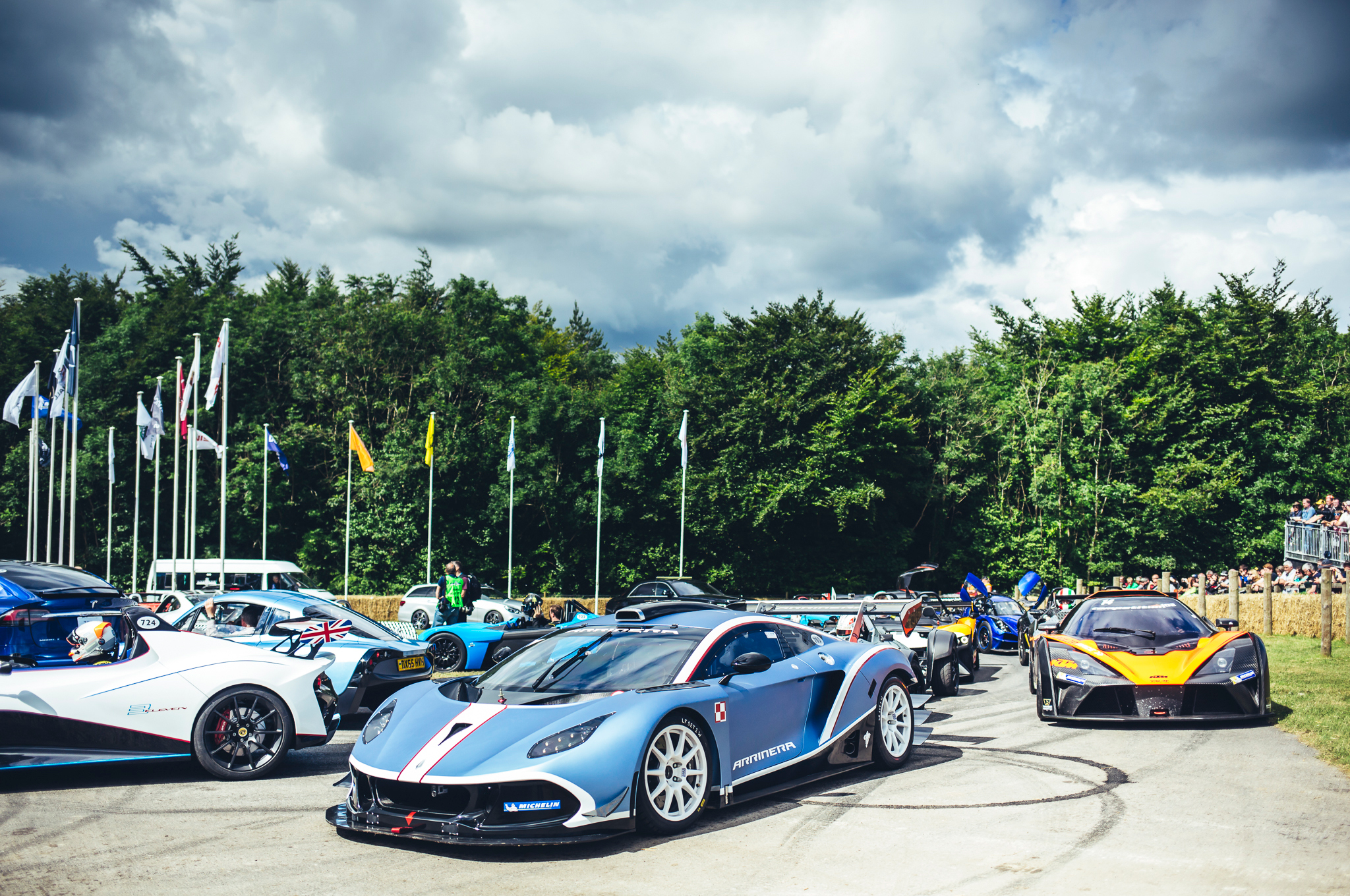