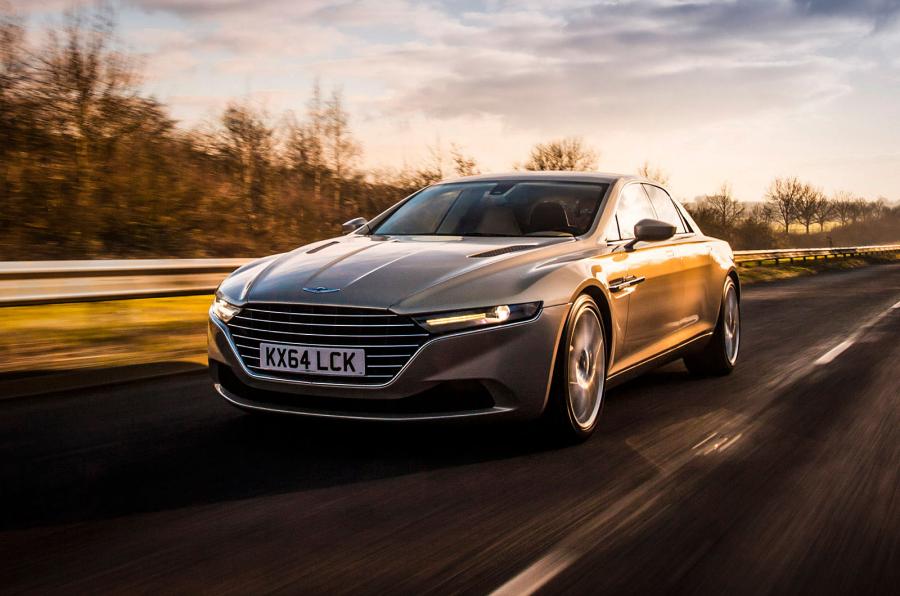 Aston Martin’s take on the super-luxury saloon and a revival for the Lagonda name badge.

Although Taraf production is limited by both production constraints and the car’s staggering price tag. Aston is planning to eventually launch a wider range of Lagonda models.

The company has said it won’t make more than 200 Tarafs, but with 50 built and production set to stop before the end of the year, the final total is likely to be closer to 150. This will be one of the rarest saloons on the planet.

Initially sales were limited to the Middle East, but late last year Aston broadened the ordering to other markets. Both left and right-hand-drive versions are available, with an ex-works price of £685,000 in the UK. 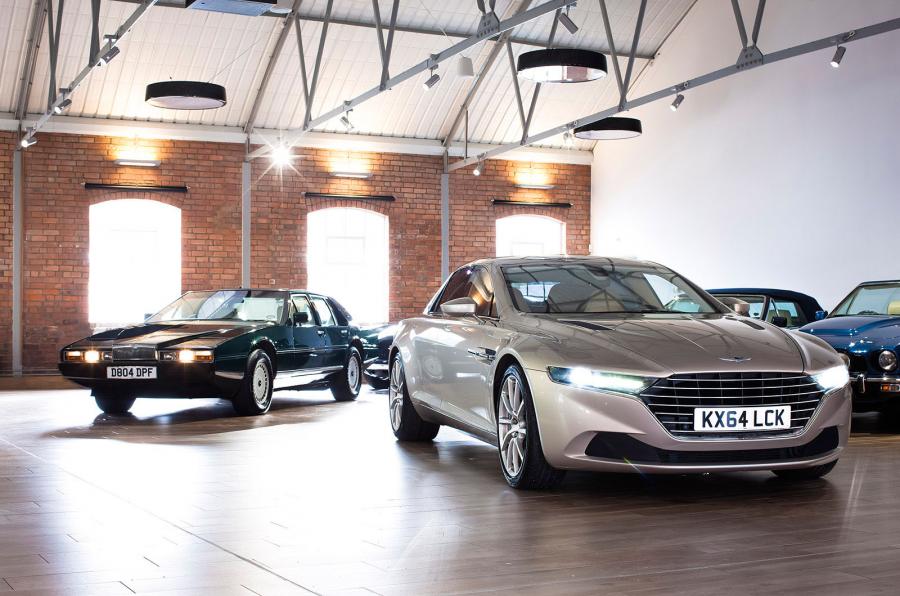 Without context that price tag looks ridiculous. For the same money you could buy both a Rolls-Royce Phantom and a Bentley Mulsanne plus a fully loaded Range Rover SV Autobiography on the side.

But this rarefied part of the market doesn’t play to the normal rules, and anyone in the fortunate position of being able to consider a Lagonda is going to be able to scratch any automotive itch they have ever had. What’s really on offer here is unmatched exclusivity.

At 5396mm in length the Taraf is massive, although shorter than a Maybach S600, Rolls-Royce Phantom or Bentley Mulsanne, and it radiates presence beyond even that given by its gargantuan size.

Despite wearing number plates and Topaz Gold paintwork that’s more suited to Dubai summers than Warwickshire winters, it still has the otherworldly swagger of a concept car, the muscular lines and swept back styling making it look like it was designed for a futuristic movie: it’s the car the bad guy’s boss would be driven in.

Underneath it’s less complicated. Describing it as an XL version of the existing Aston Martin Rapide S saloon is a gross oversimplification and one that trivialises the huge amount of design and engineering that’s gone into it. But, whisper it, it also expresses the fundamental truth here.

The Taraf sits on a stretched version of Aston’s familiar VH bonded aluminium architecture and is powered by a development of the long-serving naturally aspirated 6.0-litre V12.

Which, as in the Rapide S, DB9 and Vanquish, powers the back axle through a rear mounted eight-speed transaxle. The wheelbase is 200mm longer than that of the Rapide S, but despite the stretch the use of carbonfibre panels allows Aston to claim an identical 1995kg kerb weight for both cars.

Relatively few buyers will experience the Taraf’s driver’s seat before they climb into the rear, with many buyers expected never to pilot their own car. But in the front of the cabin the Rapide S similarities are overwhelming, with the two cars sharing the same dashboard, control layout and even front door trims.

The seating position is further back, putting shoulders very close to the substantial B-pillars, and the high glassline creates a surprisingly coupé-like driving position.

The back is very different, and this is where the effort has been directed. The engineering team have done an impressive job of carving space out of what remains fundamentally a sports car architecture, and it’s a completely different car from the tight-fitting Rapide S. 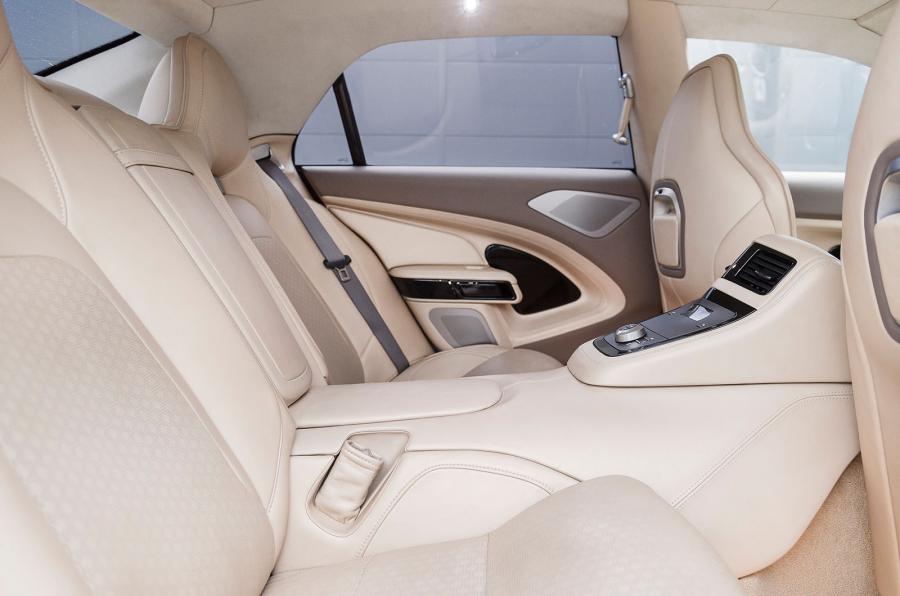 The Lagonda loses the Aston’s chunky centre console, although there’s still a substantial bump over the transmission tunnel, and now also a proper view out of the windows. Pretty much all of that wheelbase stretch has gone into extra leg room. The rear seats are comfortable but don’t recline, and the Taraf feels short of toys when compared to its obvious rivals.

The Lagonda still sits on steel springs with switchable dampers charged with combining both comfort and response, which is a notable contrast to the pillowy air suspension of all its obvious rivals.

The engine has a quiet start function, purring into life without the exuberant blip Astons deliver when they first fire up. The throttle has also been retuned to deliver a far more leisurely initial response, with the Taraf pulling away cleanly and trundling along happily at a gentle motorcade speed.

But the fundamental Aston character isn’t buried particularly deeply. As always, the V12 engine gives its best when worked hard, pulling with increasing vigour and a gorgeous yowling soundtrack at higher revs.

The gearbox also seems to be happier in its manual mode than when left in drive, with changes ordered by the shift paddles delivered quickly and cleanly.

The hydraulically assisted steering feels light but increased chassis loadings deliver proper feedback, and the Lagonda feels far smaller on the road than its dimensions suggest it should.

It’s soon being hustled along at speeds that would produce some complaints from any rear-seat passengers, with the Taraf showing every sign of enjoying this unlikely back road workout, especially with chassis and throttle pedal firmed up in Sport mode.

What’s lacking is much in the way of waft. There’s noticeably more road and wind noise than you would find in its obvious rivals, and although the springs and dampers do a good job of dealing with rougher surfaces at speed – and the longer wheelbase definitely helps to smooth things out compared to the Rapide – the Taraf doesn’t deliver the magic carpet experience that normally comes as standard in this segment.

It still feels like a sportscar at heart, but one that’s doing a decent impression of a limousine. Which, to be fair, it pretty much is.

This is a car that makes a Rolls-Royce Phantom or Bentley Mulsanne look positively mass-produced, and that will be the core of its appeal of the super-affluent who want exclusivity above anything else.

This is a fascinating bit of toe-dipping and potentially the start of something far bigger. Here’s to that future. 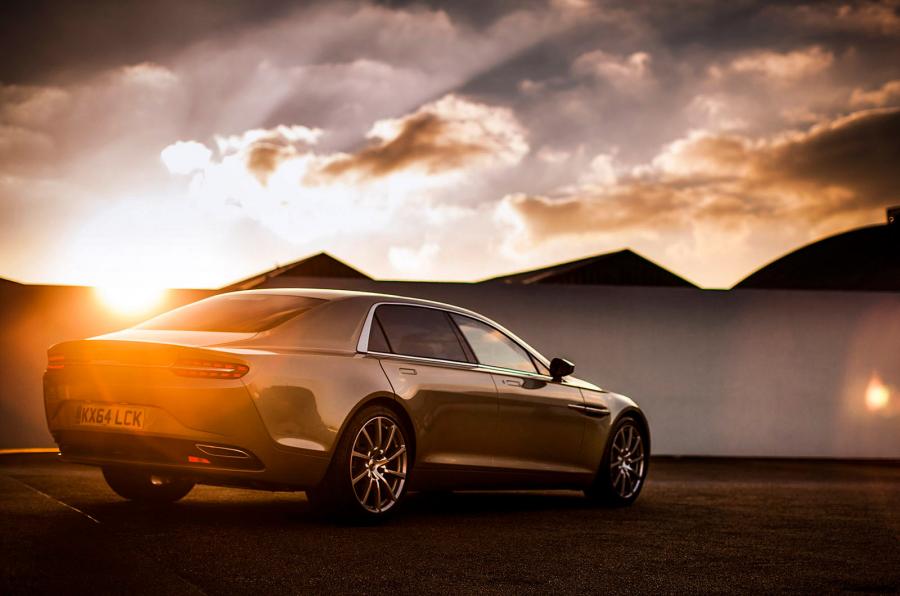