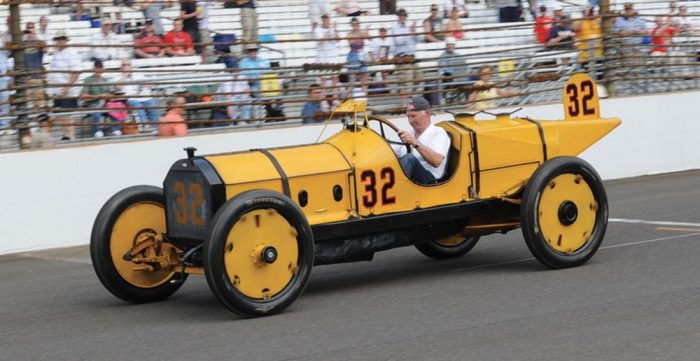 The wreckage looked dismal, but Harroun walked away from it and later swore that he and the Wasp would return to Indianapolis as champions – a determination that, in part, led to the Wasp’s win at the first Indianapolis 500 and to the Historic Vehicle Association’s selection of the Wasp for the National Historic Vehicle Register. When one of the Marmon Wasp’s tires blew on the brick surface of the Indianapolis Motor Speedway at 90 miles per hour, Ray Harroun could do little more than hold on as the Wasp headed toward a wall.

The wreck occurred toward the end of May 1910, just a month after Harroun debuted the Wasp and just a couple days after he and the Wasp took the Wheeler-Schebler Trophy for winning a 200-mile race at the Speedway. Marmon, an Indianapolis-based carmaker, had only the year before introduced its first really successful car, the water-cooled four-cylinder Model 32, and begun to develop a race team, led by Harroun, to help publicize Marmon automobiles across the country.

Harroun designated a number of Model 32s to compete in various stock classes, but in 1909 also set down plans for a purpose-built racer, one designed for exhibition races as well as top-level competition. His plans called for a bigger 477-cu.in. six-cylinder engine based on the Model 32’s 32hp T-head four-cylinder along with a narrow one-man body designed to cut wind resistance with an extended cowl and long “stinger” tail and discs to cover the wheels. (Additional unrealized plans – including a wedge-shaped grille shell, streamlined axles, and a pointed crank handle – further demonstrate that Harroun and Howard Marmon had at least an elementary grasp of aerodynamics.) 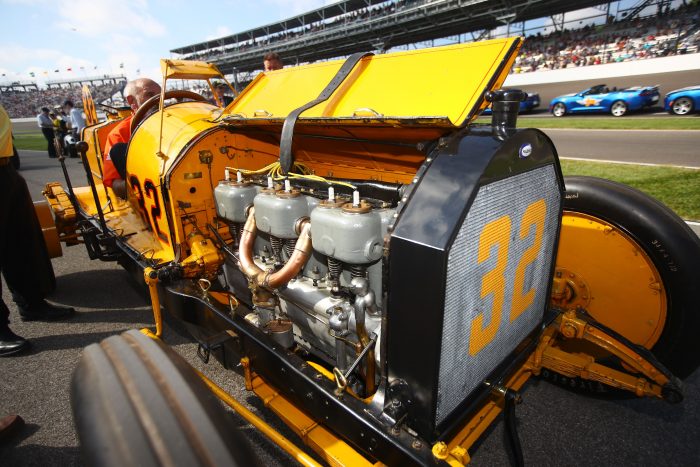 It took Harroun less than a month to repair the damage done in the crash at Indianapolis, and after another year of racing (and adding a rear-view mirror to satisfy the competition’s concerns for safety), he felt rather confident about his chances in the inaugural 1911 Indianapolis 500: Local bettors had Harroun as the favorite, and in the days leading up to the race Harroun himself predicted a win for the Wasp.

Such confidence likely came not so much from braggadocio but more from Harroun’s engineering-focused approach to racing and from his understanding of the limited tire technology available at the time – a matter certainly driven home by the cause of the Wasp’s 1910 accident. While other entrants in the race, all of them using two-man cars with greater wind resistance, would run as hard as possible and thus chew up their tires on the brick surface, Harroun would run a constant 75 miles per hour, regardless of position. With fewer pit stops wasted on changing tires (not to mention the aerodynamic advantage), he’d gain and eventually overtake the other racers.

Indeed, wearing the number 32 – a bit of marketing for his company’s production car – Harroun started from the sixth row and steadily moved up through the ranks until taking the lead around the midpoint of the race thanks to his tire-conscious strategy. The Wasp still blew tires (four, according to reports at the time), but far fewer than his competitors (the second-place finisher, Ralph Mulford, reportedly had to change 14 tires throughout the race), allowing Harroun, with relief driving by Cyrus Patschke, to win the nearly seven-hour race by a margin of almost two minutes. 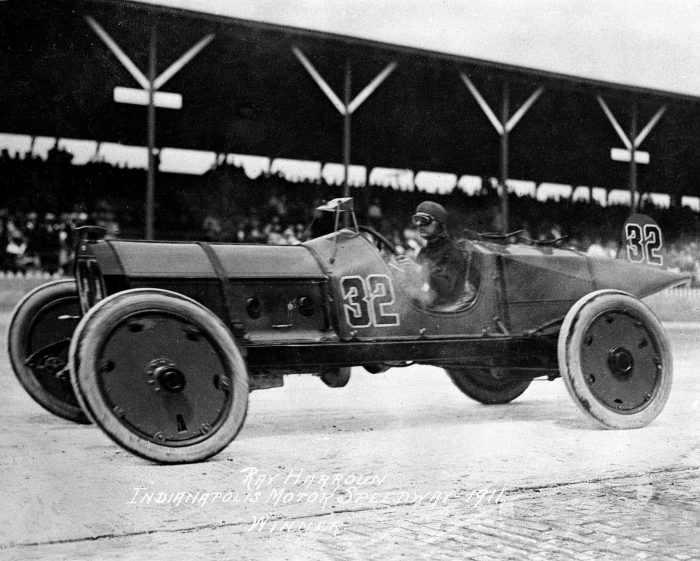 After accepting the $14,250 in prize money (about $367,000 in today’s dollars), Harroun announced his retirement from racing. The two-year-old Wasp also retired from racing, though both it and Harroun would become fixtures at the Speedway in the century-plus since then, appearing on track for anniversary events. Marmon held on to the Wasp for years afterward, though according to Indianapolis Motor Speedway Historian Donald Davidson, it passed through at least two subsequent owners before it was first loaned to the IMS Museum in 1956 and then acquired by the museum in 1963.

The Wasp has since been commemorated in stamp form (twice), in scale-model and diecast form, and as a full-size replica. The Wasp’s induction into the National Historic Vehicle Register took place over this past weekend, during the festivities celebrating the 100th running of the Indianapolis 500.

“The 1911 race was the inauguration of a single, large-scale event designed to attract widespread attention from both American and European racing teams and manufacturers,” the HVA’s Mark Gessler said at the induction. “It proved to be a successful event, immediately establishing itself both as the premier motorsports competition in the nation, and one of the most prestigious in the world.”