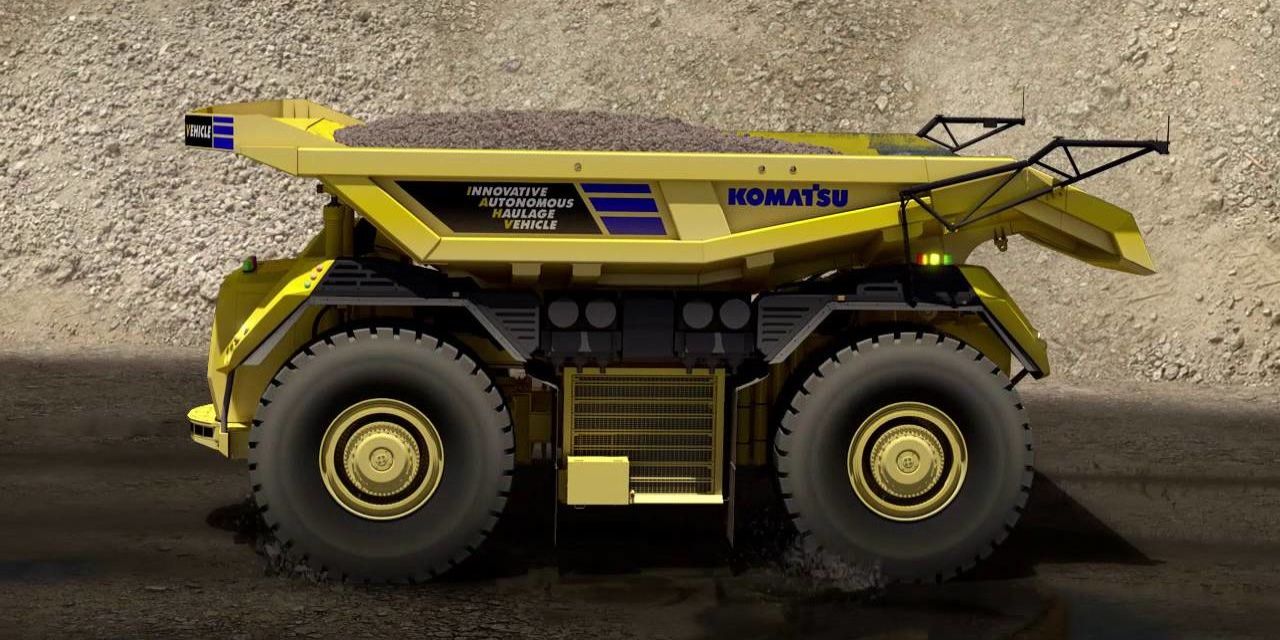 Komatsu has unveiled an all-new heavy duty dump truck with no cab, no steering wheel, no windshield  for human drivers whatsoever.

And with no human driver, who’s to say which end is the front and which is the back?

Think of what a benefit this would be to mining companies. Traditionally, the human operator sits at the front of the hauling truck, with the dump bed unloading from the rear. This forces the trucks to turn around frequently, adding complexity to the movement of materials.

The Komatsu Innovative Autonomous Haulage Vehicle does away with that problem—with no cab, all-wheel drive, and all-wheel steering, it can drive at the exact same speeds and maneuver exactly the same no matter which direction it’s headed. And with no need to keep a windshield facing forward, neither end of the vehicle is necessarily the “front” or “rear.” Sure, the dump bed only articulates in one direction, but the only time it matters which direction the truck is facing is when it’s dumping its load.

Other innovations abound: The all-wheel drive truck uses regenerative braking to recharge its hybrid electric drivetrain. Komatsu says it can haul more than 500,000 lbs of payload, with a top speed of 40 mph, all driven by 2700 hp.

No, you won’t see such a rig on public roads any time soon—these monster machines live on the jobsite. But the technology is fascinating. Especially since it does away with out traditional concept of “front” and “back” in a wheeled vehicle.