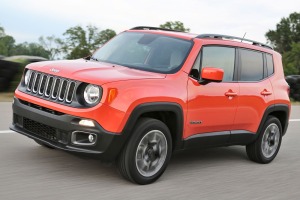 “This improvement likely reflects the increased price of gasoline in May and the consequent increased interest in more fuel-efficient vehicles by buyers of all vehicle classes,” the report said.

ANN ARBOR, Michigan — The average fuel economy for new vehicles sold in May rose to 25.4 mpg, according to researchers Michael Sivak and Brandon Schoettle of the University of Michigan Transportation Research Institute.

The May average is up 0.2 mpg from last month and 0.4 mpg less than the peak reached in August 2014, but still 5.3 mpg better than October 2007 when the researchers first began compiling data.

The most recent UMTRI Eco-Driving Index stands at 0.84, indicating that the average new vehicle produces 16 percent lower emissions than in October 2007, although that number is 6 percent higher than the record low reached in August 2014.

To arrive at its figures, UMTRI calculates average sales-weighted fuel economy from the monthly sales of light-duty vehicles (cars, SUVs, vans and pickups) and the combined city/highway fuel economy ratings that appear in the EPA Fuel Economy Guide and on vehicle window stickers.

As recently reported by Edmunds, some of the May sales leaders included smaller SUVs, like the  Jeep Renegade, Nissan Rogue, Ford Escape and Toyota RAV4, as well as compact cars, such as the Chevrolet Cruze and Honda Civic.

According to the AAA Daily Fuel Gauge Report, the average price of a gallon of regular unleaded gasoline nationwide was $2.32 per gallon on Friday. Although that compares favorably to $2.75 at this time a year ago, it does represent an increase from the prior month.

Nevertheless, AAA says the summer driving season has begun with fuel prices at an 11-year low. Gas prices for the Memorial Day holiday were the cheapest since 2005 and were down 42 cents per gallon compared to last year’s holiday.

AAA predicts that demand for gas this summer will reach a record high but notes that refineries nationwide are gearing up for the season, and if they’re successful we can expect fuel prices to remain relatively low.

Edmunds says: Shoppers are still drawn to the convenience of SUVs, but they seem to be gravitating toward the smaller, more fuel-efficient models.