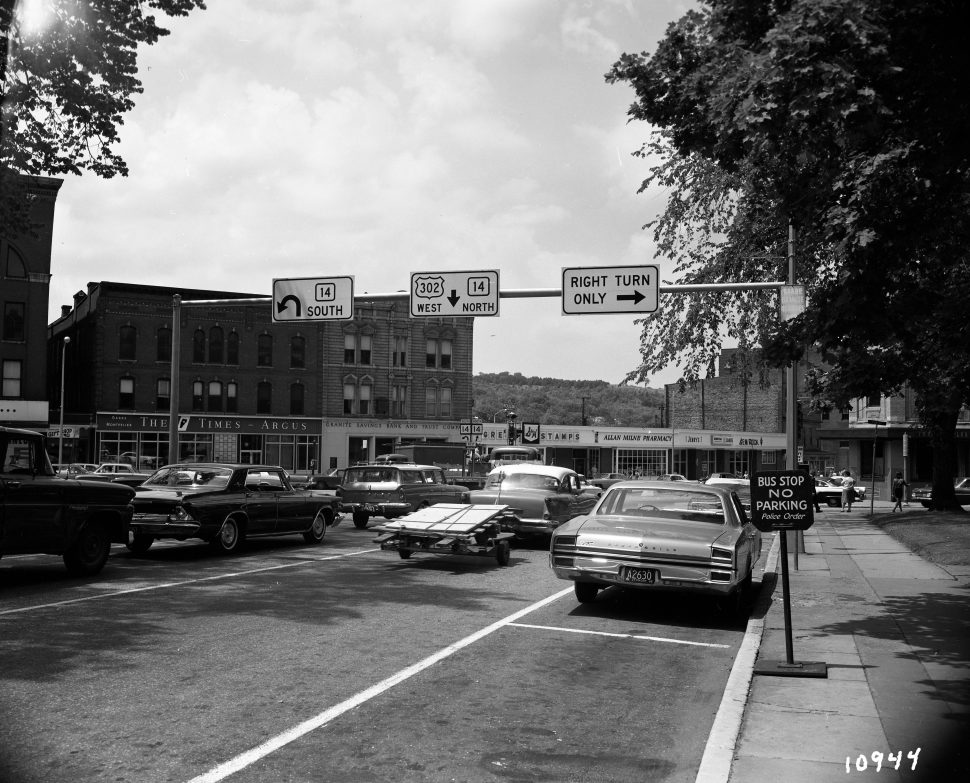 If we’re going to focus on the change between this photo and the previous (later) ones, we can’t overlook how the vehicles differ between the decades. What do you see here? Why, yes, we have seen this intersection before – several times, in fact, but none of them as early as 1965, when this photo of downtown Barre was taken, according to the Vermont Landscape Change program.