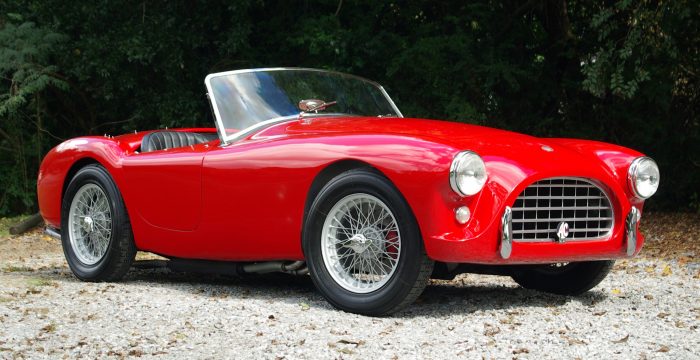 This British-built automobile has that perfect sports car look, with a simple, unspoiled shape that is pure beauty. It was this very same model that spawned the incredibly successful Cobra. No wonder Carroll Shelby was smitten by the Ace when he first saw one.

The Ace’s outstanding looks can be traced back to Carrozzeria Touring of Italy, the coachbuilders who created the 166 MM Barchetta for Ferrari. Upon seeing this gorgeous little Italian sports car, Englishman John Tojeiro, a mechanically minded sports car enthusiast, built his own version. Based on Cooper mechanicals with an MG engine, John’s 1952 sports car was called a Cooper-MG; its registration number was LOY500. The second version was registered as JOY500, which went on to become one of England’s most famous and historically significant racing cars of all time. 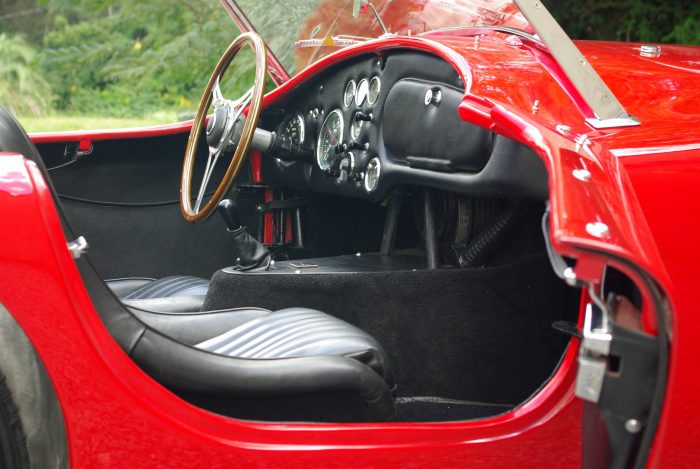 To capitalize on his competition success with his Ferrari-inspired sports car, Tojeiro sold the rights to his sports car to A.C. Cars Ltd. of Thames Ditton, Surrey, England. Since 1908, Auto Carriers Limited was a small-scale manufacturer that mainly built conservatively styled saloons, although they did build the striking AC 16/18 Sports back in the late 1930s. With the postwar years booming with racing and a growing number of sports car activities, the Ace was just what the little car company south of London needed. 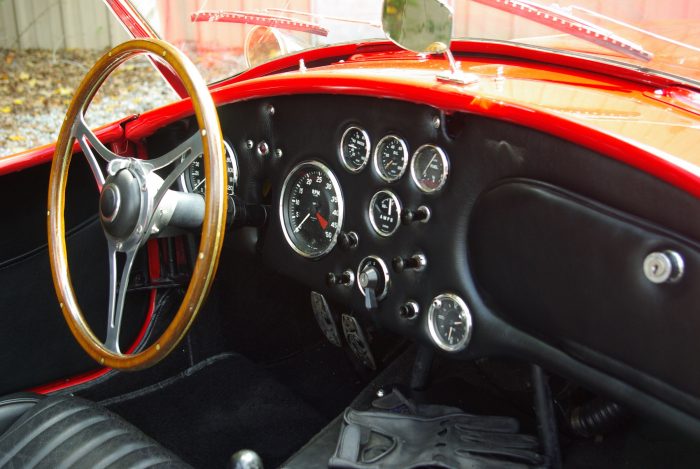 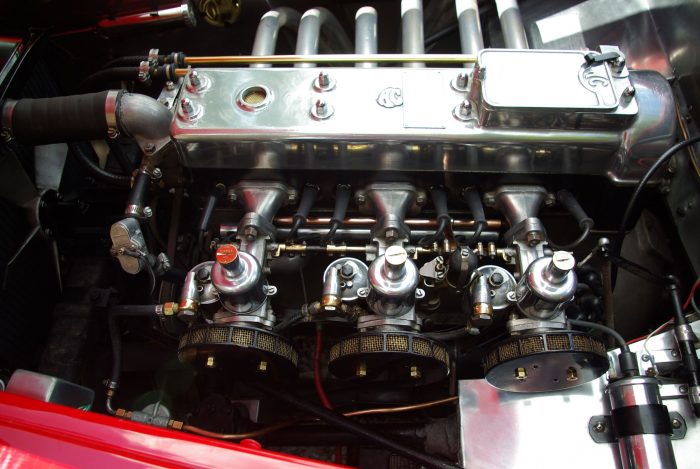 All Aces were powered by a straight-six engine, although there were basically three different versions. The early cars had A.C.’s own and outdated 1,991-cc single overhead-cam powertrain that produced 85 horsepower with its three SU carbs. Sometime during 1956, a two-liter Bristol engine was introduced, thus these cars became known as the AC Bristol. However, buyers were still able to order the A.C. engine. The overhead-valve Bristol engine displaced 1,971 cc, was fed by three downdraft Solex carbs and produced about 120 hp. Its design was based on that of the prewar BMW 328 engine. The last base engine was the 2,553-cc Ford Zephyr MKII overhead-valve six-cylinder that made 100 hp, although a tuned Ruddspeed version was optional with available power ratings from 130 to 170 horsepower. 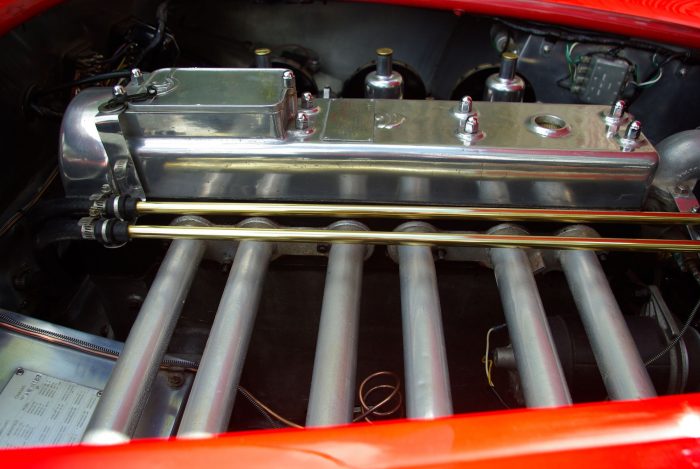 Production figures are somewhat sketchy, as we’ve seen a variety of different estimates. Using a variety of sources, mainly British, we’ve determined that about 729 cars were built; 220 had A.C. engines, 463 Bristols and 46 Ford Zephyrs.

Our featured car is a 1960 Ace owned for many years by Bill Silhan of Pennsacola, Florida. Highly genuine and equipped with the A.C. overhead-cam six-cylinder, this Ace is one of the most authentic examples you will every likely find.