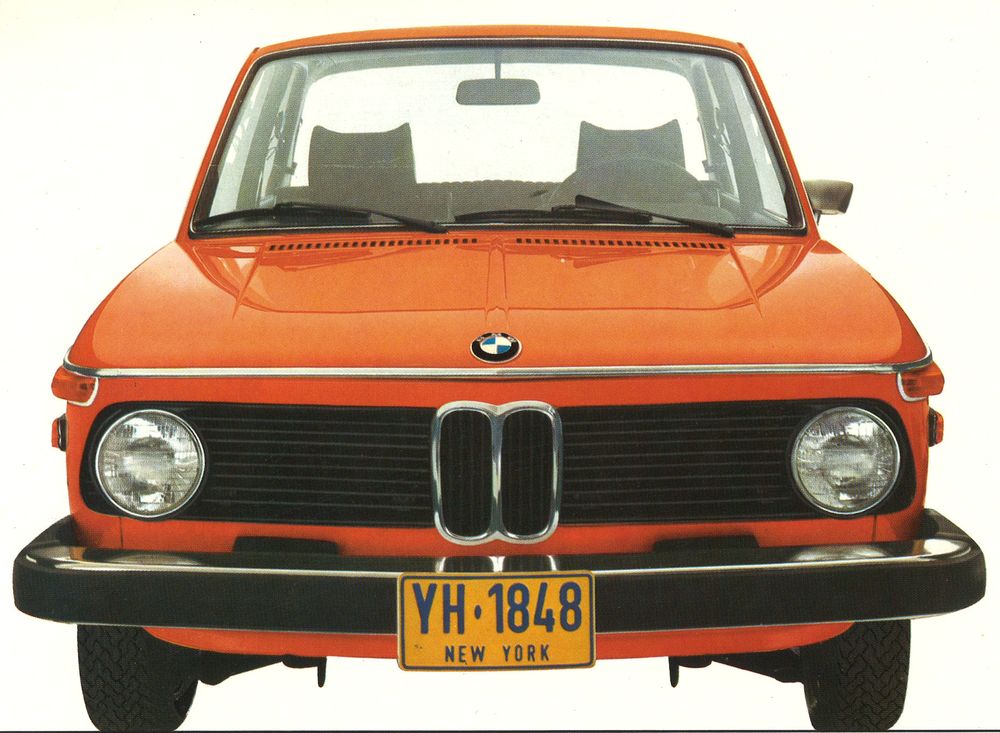 This model year represented the first time we received the “facelifted” 2002, with its all-black plastic grille and larger, rectangular taillamps, along with — starting in January 1974 — the aluminum impact bumpers that added 9.5 inches and 110 pounds to the car. 1974 also represented the final model year in the U.S. of the Kugelfischer mechanical fuel-injected 2002 tii variant. Thanks to new U.S. bumper strength and height regulations coming into effect, the 1974 model year brought major aesthetic changes to almost every automobile, and BMW’s cult-classic 2002 was not immune.

This no-nonsense, eight-fold-out-page, 42-year-old brochure covers both 2002 models, and presents the car in eye-catching Inka Orange (with close-but-not-quite-genuine period New York license plates!). It makes us nostalgic for the days before iDrive, when a twisty road, a tachometer and four-on-the-floor were all a BMW driver needed for entertainment. Have you ever danced with a 2002?

Excuse the size limitations of our scanner, and click on the brochure images below to enlarge.