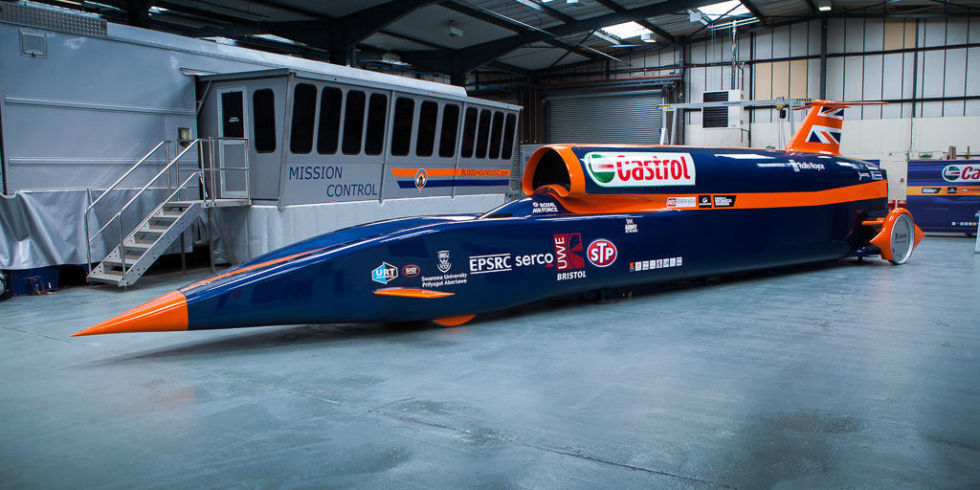 After years of delays and setbacks, the team behind the Bloodhound SSC has announced it will finally begin test runs of the jet-and-rocket-powered car in October of 2017, in an effort to become the first land vehicle to reach 1000 mph.

This news comes after the SSC’s record attempt run was pushed back until the summer of 2018. Originally, the Bloodhound was supposed to make its land-speed record run in 2015, before repeated delays. News that the car is finally ready for testing means the team might actually be on schedule to attempt the supersonic, four-digit speed run.

The Bloodhound SSC is powered by a series of rocket engines and a Rolls-Royce EJ200 jet engine taken from a Eurofighter Typhoon fighter. The vehicle’s fuel pump? Well, that’s powered by a 550-horsepower supercharged Jaguar V8. It’s the stuff engineers dream about.

Currently, the land-speed record of 763 mph is held by the Thrust supersonic car, set back in 1997 by driver Andy Green. Green, a British Royal Air Force fighter pilot, will drive the Bloodhound SSC next year, looking to beat his own world record by more than 237 mph.

Along with the announcement, the Bloodhound team is offering spectator tickets so you can see the test runs in person. The testing will take place on October 28th at the Cornwall Newquay airport in England. If you want to see what a supersonic car looks like for yourself, don’t miss it.