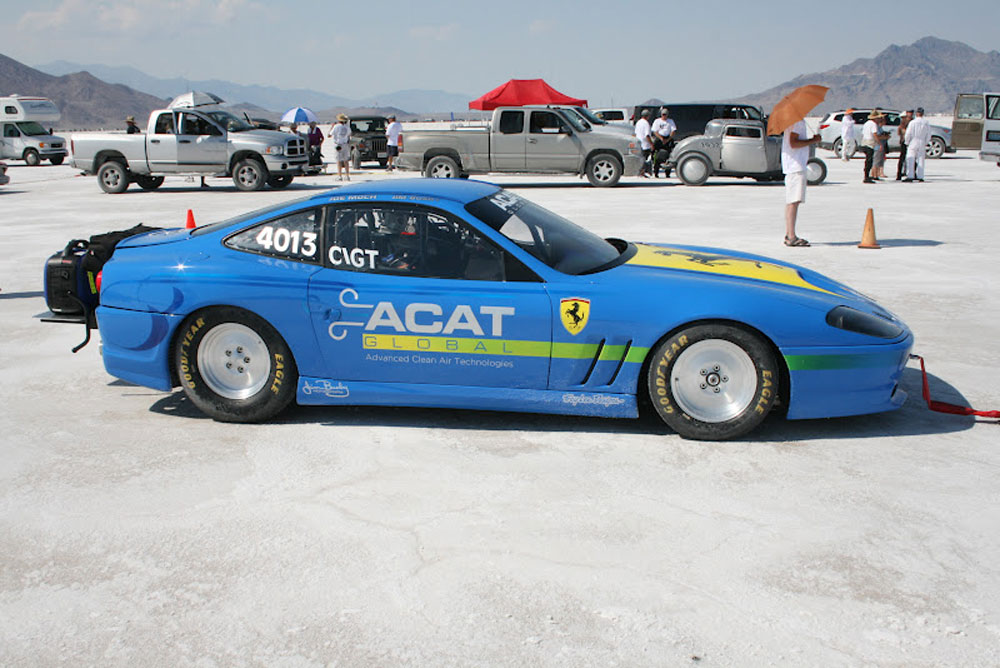 At last, some good news for the speed-obsessed. After being canceled for the past two years, it looks like fortune will favor the fast for this year’s Speed Week, that hallowed stretch of summer days when hopeful land-speed record breakers head to Bonneville’s Salt Flats with their souped-up machinery.

“As of right now we have an 8-Mile Long Course, a 5-Mile Short Course and a 3-Mile Rookie Course,” they wrote. “Course Prep is in motion and the 5-Mile & 3-Mile courses have been
groomed.”

“The SCTA is confident that the courses are all good and there is salt all the way down.”

A deep, firm, dry crust is necessary for the kind of high-speed racing that happens at the salt flats, and McDowell says it’s better than it has been in years. “The crust is thicker this year,” McDowell said in an email. “It’s our opinion that this is due in large part to the Salt Return Program by Intrepid Mining.”

A recent photo of the race-ready crust at the Bonneville salt flats, which have been receding for years.
Most Popular

For decades, the thinning crust and shrinking salt flats have been blamed by many on a nearby potash mining operation, which siphons the brine needed to create the salt flats’ crust from underground aquifers. Over the years,the SCTA, BNI, and others have worked closely with the Bureau of Land Management and the various mine owners—Intrepid being the most recent—to pump brine back into the flats. The program falls under a larger initiative called Save the Salt, which strives to protect the flats and return them to their original historic glory.

The news is a relief to all the participants who are already signed up for this year’s Speed Week, which runs from August 13th to 19th. According to McDowell, there are currently 400-plus entries, and once news spreads that the salt is in running condition, he expects many more.

NowU-Boat Replica
everyone just has to keep their fingers crossed that the weather cooperates.