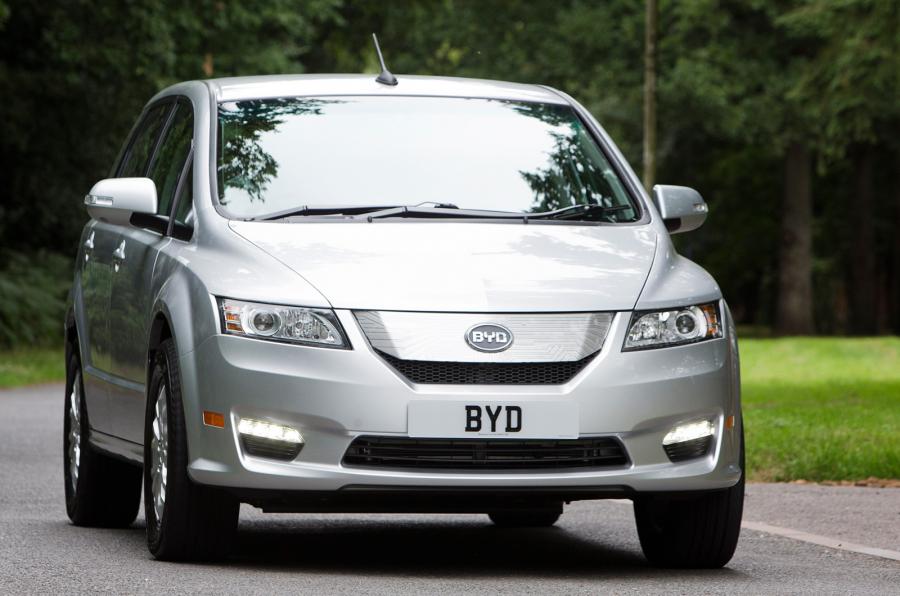 The BYD e6 is a view of the future, that’s what, some pundits say. Chinese car makers are too busy catering to their massive domestic market to bother much with exports — but that’s certainly not the case with BYD.

It’s China’s sixth-largest car maker and has imported 50 of its e6 all-electric hatchbacks to the UK and begun a process of “polishing” them for the European market by directing initial sales to professional fleet customers, and by engaging consultants such as Ricardo and MIRA to help.

The car is a neat-looking five-door hatchback, powered by a single 119bhp electric motor with a peak torque of 332lb ft. More powerful versions have been built, but BYD reckons this single-engined version, which can cruise easily and comfortably at 70-75mph yet has a real-world range of around 140 miles (an “official” 180 miles is claimed) makes more sense for the airport fleet and taxi service operators to use it.

BYD’s first UK deal is with the green taxi firm, Green Tomato, but the company is also selling cars in Switzerland, France and Germany. European MD Isbrand Ho wants a fleet of 2500 e6s running in Europe by the end of next year.

The e6 is slightly smaller than a Land Rover Freelander, with a similar elevated driving position and a similar level of cabin luxury, except its colours, materials and surfaces are unlikely to suit Europe’s private buyers.

Inside it has a comprehensive, almost overcomplicated, centrally mounted info screen, but is simple to drive with a central drive selector and two pedals: go and stop. The biggest drawback — apart from the inexplicably scary £47,000 price — is the small and shallow boot: it’s hard to imagine four occupants’ airport luggage fitting into it.

Acceleration is leisurely, but the car cruises well, with little wind noise. Sadly, this silence reveals whirrs and buzzes and some odd creaking noises at the extremities of lock that wouldn’t suit UK private buyers.

In fact, to suit a UK environment, the car will need wholesale re-tuning of its power steering and spring and damper rates, which allow far too much pitch and bounce. The steering is quick, but lacks the feel we’re used to.

BYD hasn’t announced when it will sell electric cars to private buyers, and besides, the £47,000 price mentioned is far too steep for what, your eyes tell you, is a car that should start somewhere around £28,000.

Still, driving the e6 makes BYD’s expertise with electric powertrains obvious — this fast-emerging manufacturer is one of the world’s most successful battery makers. What the e6 now needs is a thorough campaign of refinement, a bigger boot and a lower price. But its major components are in place.

Cars like this are coming, and some of us will be buying them. It’s just a matter of when.