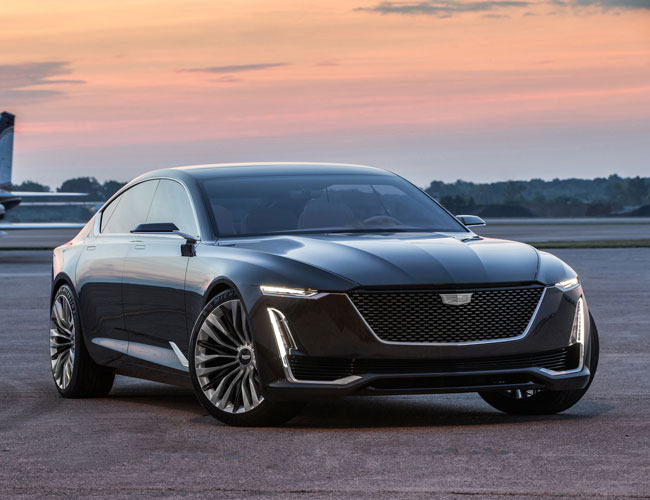 Cadillac Unveiled the Escala as a New Concept at Pebble Beach

Cadillac unveiled the Escala as a new concept at Pebble Beach as the Monterey Car Week’s recent tradition.

The Cadillac Cien was a sharp mid-engined V10 supercar. The Sixteen was a beautiful ode to pre-war excess and opulence. And the Ciel and Elmiraj seemed to graft the Sixteen’s essence on to realistic future Caddies. All of them would have easily completed the company’s mission of over a decade: to shake the Boca-Raton-cruiser image and bring the fight to the Germans on the luxury-performance front. They say in every every announcement, that the concept is “signaling the brand’s return to the pinnacle of premium.” But alas, when the promised design languages hit the road, all we get is a new badge and some translation of the concept’s grille. Like shooting for the stars and landing on the hill, in your backyard (still a great hill, though).

Which is why I hope the Escala is different. Cadillac’s newest concept seems less like a concept and more like a smoothed-over, refined CT6. The proportions are right, and the design is simple and elegant. Don’t tell us this will remain a concept, Cadillac. Just say the Escala is heading to production. Please. I won’t hold my breath.