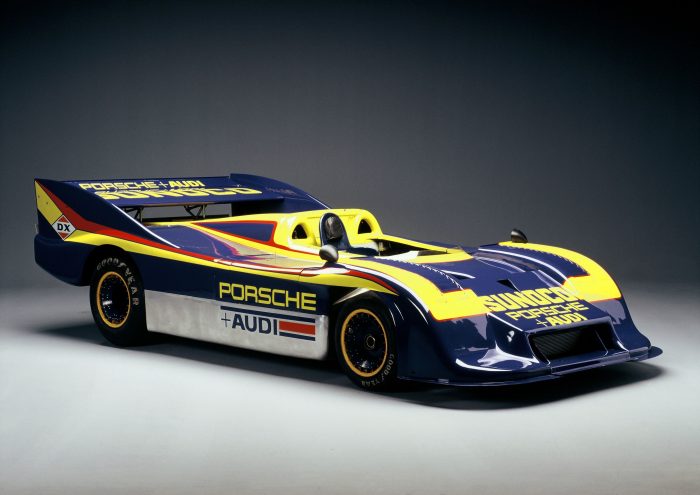 Add another event to your Monterey Car Week calendar. A Tribute to the Can-Am 50th Anniversary Gala will be held on Saturday, August 20, at the Monterey Plaza Hotel, the night before the Pebble Beach Concours.

Presented by title sponsors Victory Lane magazine and Rick Cole Auctions, the tribute will feature a 90-minute cocktail hour followed by dinner and a slideshow presentation by renowned motorsports photographer and journalist Pete Lyons, author of several award-winning books on the history and cars of Can-Am.

Also slated is a showing of a film covering the 1971 Can-Am rounds from Watkins Glen and Mid-Ohio. The organizers are also promoting a roundtable discussion with some drivers of the era, allowing time for autographs. In addition, book signings and a memorabilia will on the schedule.

The Racing History Project will produce the event and a portion of the proceeds will benefit the nonprofit RHP, a project dedicated to collecting “the personal narratives of drivers, car owners, crew members and others involved in racing.” Already, the organization had catalogued the personal histories of the likes of Carroll Shelby, Roger Ward, Dick Guldstrand, James Garner, George Follmer and many others. 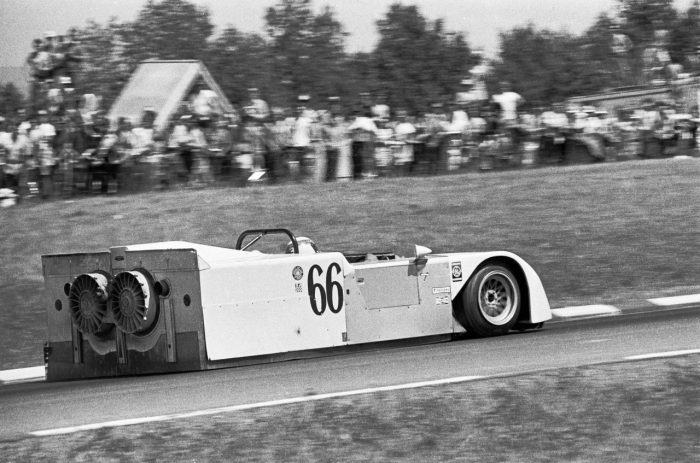 Chaparral 2J with Chevrolet power during the 1970 Can-Am season. Image courtesy of GM.

In addition, the event will also raise funds for two racers now facing some very difficult—and expensive—health crises. Tony Adamowicz earned his racing stripes in the late Sixties and early Seventies, winning the 1969 SCCA Continental Championship (later known as Formula 5000) in an Eagle Chevrolet Formula A car. He later scored podium finishes at both the 24 Hours of Daytona and Le Mans endurance races in 1971. Three IMSA titles followed in 1981 (GTU), 1982 (GTO) and 1983 (GTO). After retiring following the 1989 Daytona 24, Adamowicz enjoyed vintage racing with gusto, competing in his 1969 Eagle Formula A car at a very high level for its new owner.

In recent years, however, Adamowicz has been suffering from glioblastoma, a highly malignant form of brain cancer. On a GoFundMe page for Adamowicz, his backers are seeking to help with Tony’s around-the-clock care and ultimately his funeral expenses as his “resources are extremely limited.”

Sports car racer Charlie Hayes, who made plenty of noise driving everything from an Austin-Healey to a McLaren Elva to a Shelby Cobra and plenty of races in a variety of Ferraris, primarily on the East Coast, has also found himself with expensive health issues. Suffering from chronic heart failure, Hayes reports finding himself short of breath and feeling weak. Wins at Marlboro, Lime Rock, Thompson and Road America more than 50 years ago don’t carry much weight in paying for regular meds or co-pays.

With a portion of the proceeds to benefit these two racers along with a seemingly intimate celebration of one of the most incredible race series every conceived, we can see that $149.95 ticket being worth it. Along with the evening’s events, each ticket also includes a poster, a medallion and an event T-shirt, but attendance is strictly limited to 100 and is also expected to sell out.

For more information, go to TributetotheCanAm.com or email the organizers at events@tributetothecanam.com.