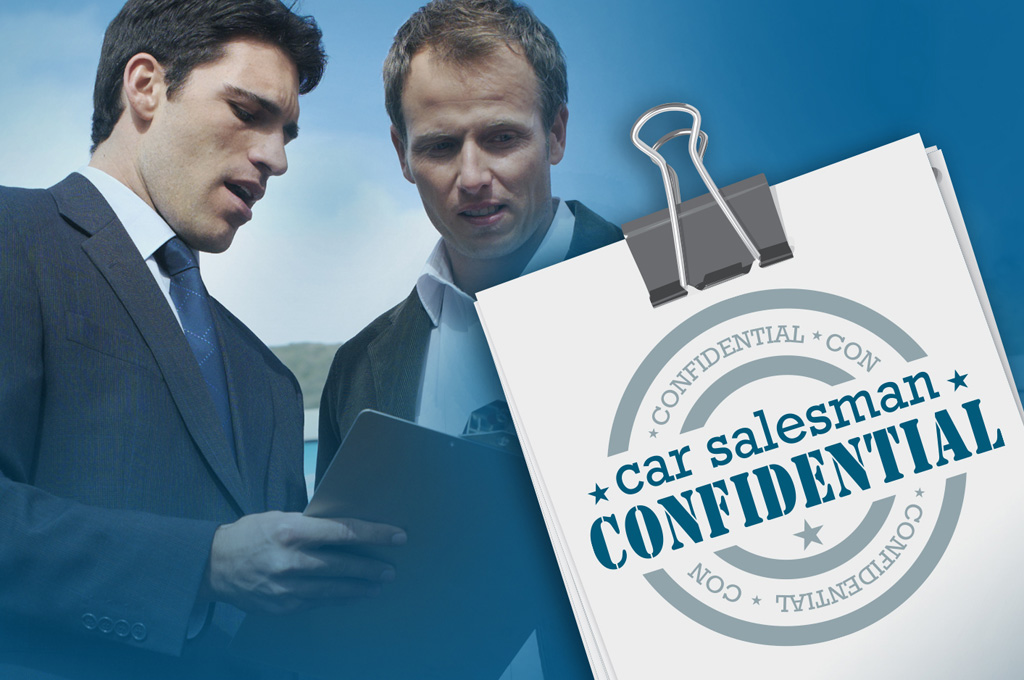 Imagine you’re Marty McFly from “Back to the Future” and you travel back in time to 1956. While you’re there, you decide you need something a little less conspicuous than a stainless steel DeLorean to drive around in. So what do you do?

Well, you might open up a newspaper and check out the ads. Or you might drop into Bob’s OK Used Car Corral and see what’s on his lot. A salesman slides out to you and that’s when the horse-trading begins. “What’s your best price on this ’55 Chevy?” you ask. “I dunno,” the salesman replies. “Don’t you want to drive it first?” You ask for a CarFax. The salesman scratches his chin. “A what?” You dicker awhile, get frustrated, then tell him you’re leaving to do “more research.” He says “What’re you, some kind of mad scientist?”

In the 1950’s buying a car was a person-to-person process. You went to a dealer and everything was done face-to-face. You started low, he started high, and then you haggled. If the dealer was lucky, you drove home in a car. If not, you left to keep on looking.

In 2016, we live on the internet. When people want to buy a car these days their first stop isn’t a local dealership, it’s a dozen websites. Using a computer or cell phone it’s now possible to go online and find photos, detailed descriptions, and prices of almost every car for sale within a hundred miles of your home, or anywhere in the world, if you want to cast your net that wide. And more people are opting to conduct the entire process of buying a car via e-mail, texting, or over the phone, only setting foot in a dealership to take delivery.

Along with these two different ways of doing business come two very different mindsets, or two different paradigms, about car sales. And this creates a problem. The problem is that neither party involved—neither the buyer nor the dealer—have fully transitioned from the old way of doing business, the “face-to-face” way to the new way.

Let me give you an example. At one dealership I worked at, I was put in charge of the internet department. “In charge” is kind of a joke, because I still had to go to “The Desk” (a sales manager) to get final prices, but at least I had some independence. When prospective buyers went to our website and submitted an inquiry on a vehicle, they had the option of choosing how they’d like to be contacted. If they didn’t want to be called, they could opt out of phone calls and communicate through e-mail, just by clicking a box.

“He’s not coming in,” I replied. “He wants to know the price first.”

My manager gave me a look. “Call him up and see if you can get him in.”

“He doesn’t want to be called. He wants us to e-mail it to him.”

“What?! Are you kidding?? You ain’t never gonna sell a truck that way!! You oughta know that.”

I sighed and walked back to my desk. Here I was, living in the “information age,” being forced to think and act like car salesmen did back when Ozzie & Harriet was on TV. My boss thought the customer was a waste of time because he preferred to sit at home at his computer. Needless to say, we lost that sale to another dealership, one that was more than happy to provide their customers with all the information they requested—including price—on line, without ever trying to talk them into the dealership.

So, while most people are savvy enough to find my car on the internet, and are attracted to my super low price, once they come to the dealership it’s a different story. They revert right back to horse-trading mode.

“How much you gonna come off that price?” they ask. “I never pay full price.”

“Sir, I’m sure you saw my price on line—and that’s why you’re here. Because you know I have the lowest priced Zorch Mosquito within three hundred miles. Am I right?”

Some people use the internet price as a starting point for further negotiation—because in their minds, the old paradigm reigns supreme. They can’t believe we’ve already given them our lowest, market based price on line—just to get them in.

Until everyone gets on the same page, buyers and sellers are going to have conflict. Dealers need to understand that we’re in a different age and ditch their outmoded ways of thinking. Buyers no longer want to buy cars the way their grandfathers did. And buyers need to understand that, for the most part, the internet has stripped all the front-end profit out of the car business. It’s gone. That low, low internet price really is the best you can get.

So what do you think? When Marty McFly goes back to the future, which paradigm will prevail?