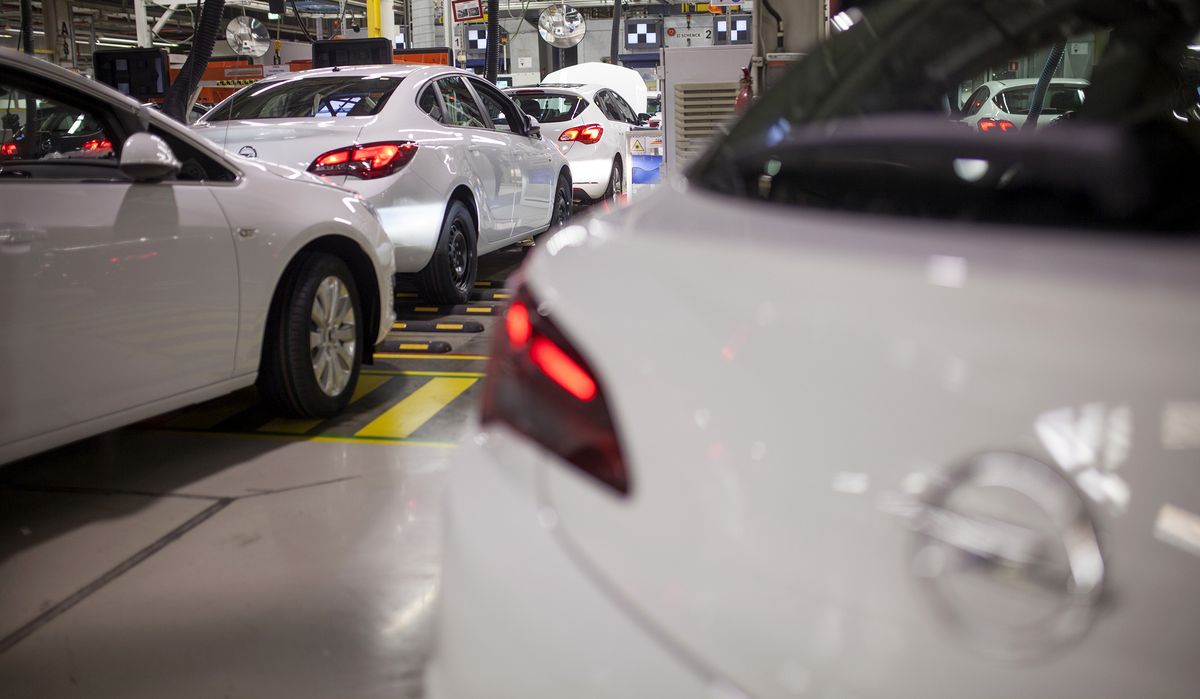 Carmakers Put Squeeze on Hammond to Back Them in U.K. Budget

The auto industry is stepping up pressure on Chancellor of the Exchequer Philip Hammond to give them a reason to keep investing in Britain.

Worried that the U.K.’s withdrawal from the European Union could trigger tariffs on their exports and components sourced from abroad, manufacturers are looking to Hammond’s budget on March 8 for assistance.

“Future success will depend upon how government and industry maintain the competitiveness of our sector, which is very internationally exposed,” Mike Hawes, who heads the Society of Motor Manufacturers and Traders, said in an email. Carmakers need help in those areas “most impacted by the ongoing political uncertainty.”

The lobby group wants the tax system to be tweaked to encourage companies to invest and more funding for firms to boost skill levels and productivity. Its call comes a week after Nissan Motor Co. Senior Vice President Colin Lawther recommended the government spend 100 million pounds ($122 million) to help build the country’s supply base.

Last year’s Brexit vote has cast a shadow over the industry, which employs 169,000 workers in the manufacturing of vehicles. Nissan’s Lawther warned of a half-billion-pound hit to profits, while General Motor Co. this week agreed to sell its Opel and Vauxhall brands to PSA Group.

GM President Daniel Ammann said on Monday that the Opel and Vauxhall operations “would have been profitable last year except for Brexit,” and that uncertainties in the “U.K. and other countries make investment decisions increasingly challenging.”

Ford Motor Co. is also planning to cut costs at its Bridgend engine plant in Wales, which could mean job losses, and BMW AG is weighing whether to build its electric Mini in Germany rather than the existing factory in Cowley, near Oxford, after Brexit.

Hammond has already pledged to allocate 550 million pounds from the National Productivity Fund for projects including electric vehicles, robotics and artificial intelligence. Business Secretary Greg Clark also on Monday said the sector has a bright future in Britain.

Clark added that he and Prime Minister Theresa May had received assurances over the future of Vauxhall in conversations with GM Chief Executive Officer Mary Barra and PSA CEO Carlos Tavares. Addressing lawmakers, he said PSA’s strategy is not based on plant closures, and that union accords will be honored and Vauxhall treated on a par with units in other countries.

Tavares said on Bloomberg Television Tuesday that the possibility of Britain losing all tariff-free access to the EU could actually make the retention of Vauxhall’s two plants at Ellesmere Port, near Liverpool, and Luton, north of London, more likely.

“If we have a manufacturing footprint in the U.K., if we have a hard Brexit as an example, then it’s much better to source from inside than in other circumstances” he said. The GM deal means PSA has “more options on the table that we can leverage to find our own way in this very chaotic world.”

At the same time it’s vital that all of the company’s plants are agile, adopt best practices and “step up their own performance,” Tavares said, adding: “This is the real protection they are looking for.”

McCluskey said that there is a “role for the government to play” by making it “clear that it will preserve our trading arrangements and that it will invest for our auto sector’s future now, beginning with assistance for the re-shoring of components.”